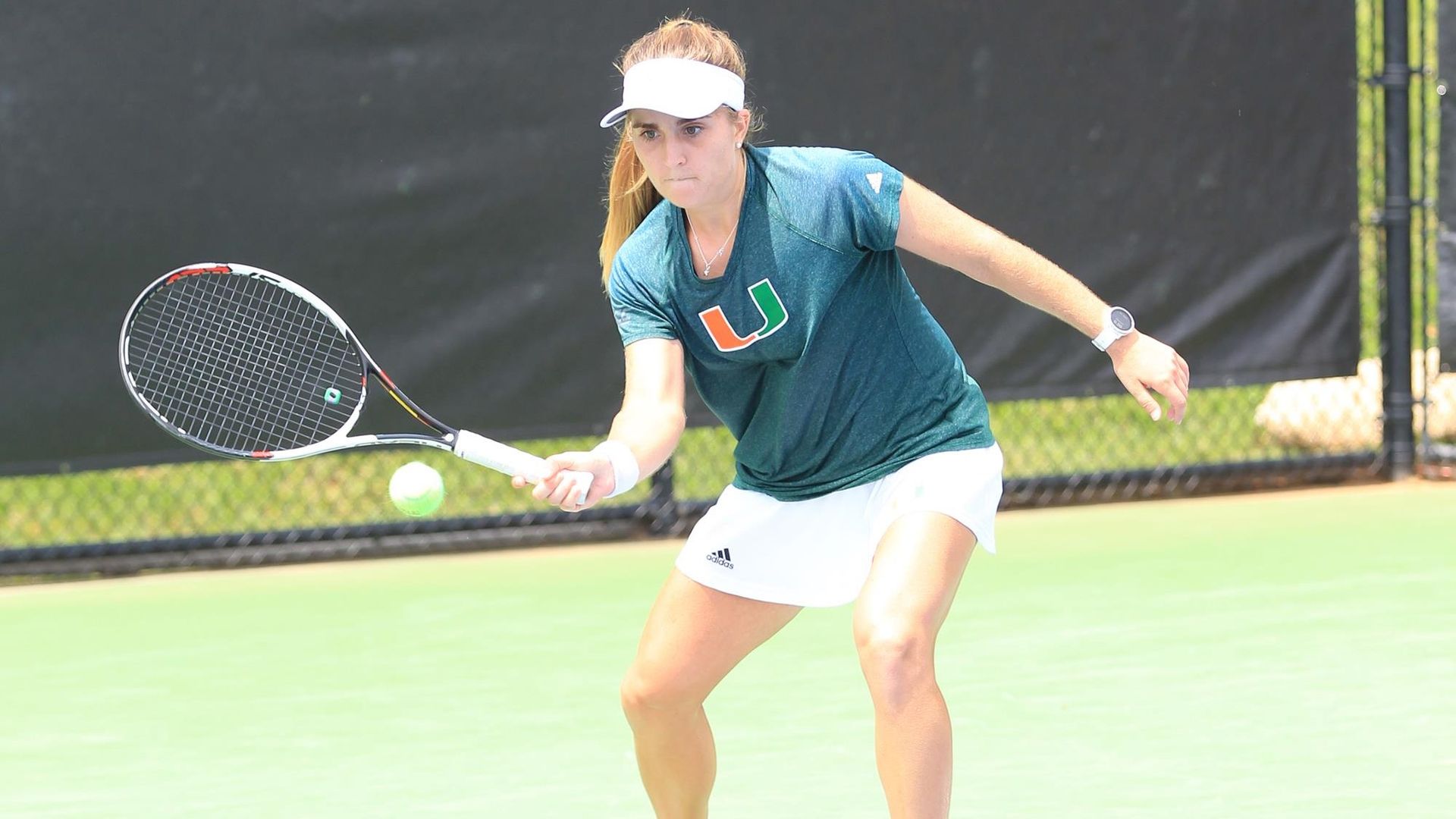 The junior, ranked third and seeded fourth, opened the day by defeating No. 97 Rosie Cheng of William & Mary, 6-2, 6-2. After dropping the opening game, the Madrid native won 12 of the final 15 the rest of the way.

“Estela played pretty disciplined and was able to implement and discuss some new aspects of her game that she’s going to need moving forward,” Miami head coach Paige Yaroshuk-Tews said.

Just a few short hours after her victory over Cheng, Perez-Somarriba returned to the court to square off with fifth-seeded Elysia Bolton, only about 18 miles from her home campus of UCLA.

After narrowly taking the first set, Perez-Somarriba cruised in the second and did not drop a game, recording a 6-4, 6-0 triumph over the third-ranked player on the ITA freshman/newcomer list.

“Estela was able to stay composed against a big hitter who had the ability to hurt her,” Yaroshuk-Tews said. “She kept an open mind and was able to get the break in a few big moments, followed by holding to solidify. She needs to keep this momentum going into her next match.”

Perez-Somarriba will be back in action Saturday at 4 p.m. at the Malibu Racquet Club for her semifinal contest. The Madrid native is set to face seventh-ranked and top-seeded Vanderbilt’s Fernanda Contreras in a matchup of former NCAA Singles Championship semifinalists.

For more information on the Oracle ITA Masters, including the complete draws, click HERE. Live video can be found HERE, while live stats are available HERE.

The tournament runs from through Sunday, with the men’s and women’s singles main draw finals on the last day will be broadcast live on ESPN3 and re-aired on ESPNU each of the next two days.