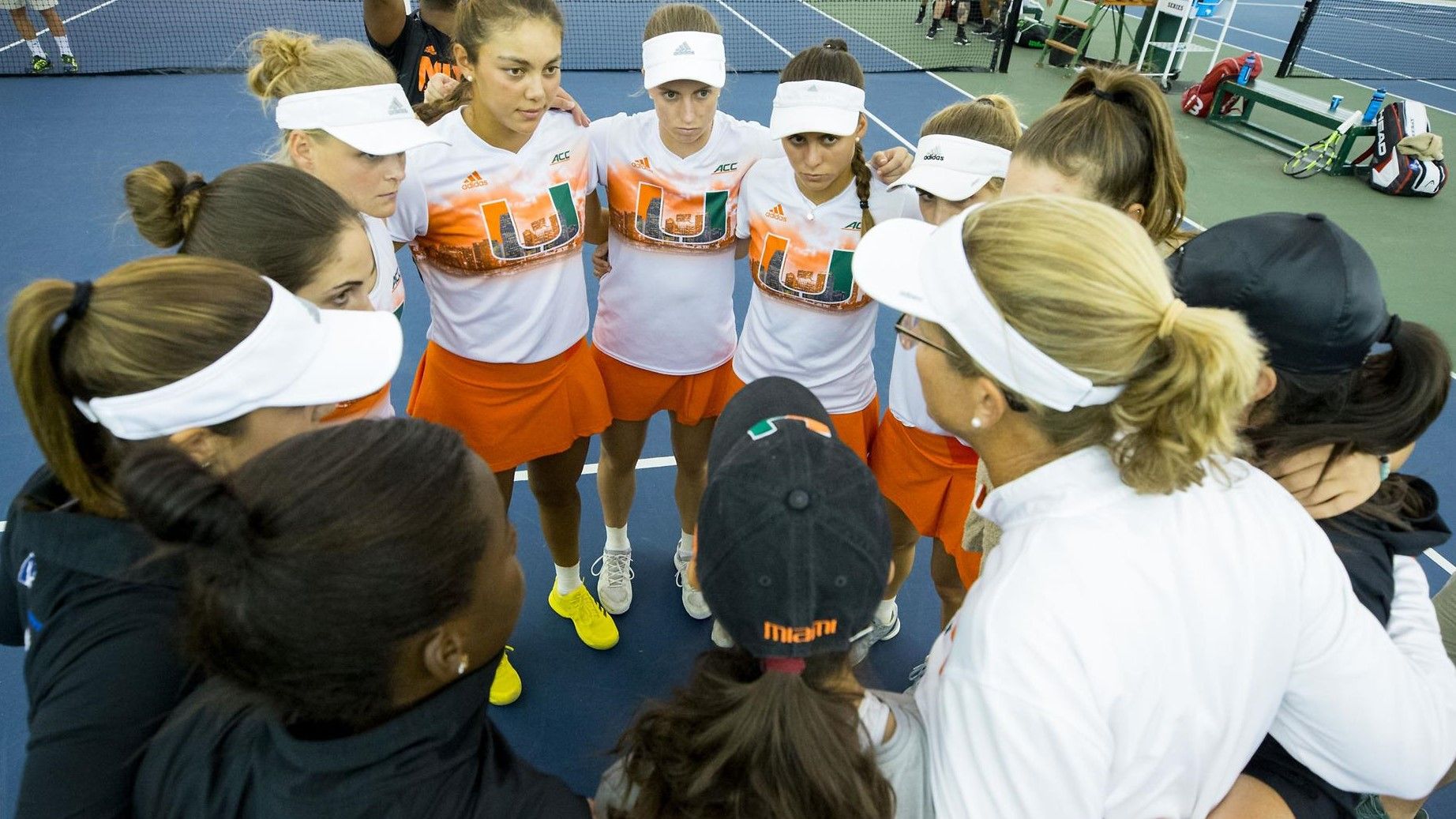 “Of course, we’re not happy with today’s outcome, but I think getting here and coming this far, for this group of girls, was huge,” Miami head coach Paige Yaroshuk-Tews said. “I’m so proud of them, their fight, how they stuck together and how they represented this program. I’d take these six girls [who played nearly every match] any day of the week. They got so much better this season. If we would’ve had this discussion in January with these six kids, I don’t think anybody would’ve said we would be at the final 16.”

Vanderbilt (25-3, 12-1 SEC) quickly won the opening doubles match, as the No. 11-ranked pair of Fernanda Contreras and Astra Sharma downed the No. 68-ranked duo of sophomore Estela Perez-Somarriba and junior Daniella Roldan.

Miami leveled the tally behind a 6-3 triumph by sophomore Dominika Paterova and freshman Ulyana Shirokova over Amanda Meyer and Christina Rosca.

The Commodores clinched the doubles point when Emma Kurtz and Emily Smith, ranked No. 69, closed out a 6-3 victory over senior Sinead Lohan and junior Ana Madcur after taking the final three games.

“Doubles was key. I think it would’ve changed a little bit of the momentum moving into singles, obviously,” Yaroshuk-Tews said. “[We were] too defensive, just playing too many lobs, trying to get it over a team’s head when we’re indoors and they’re smacking overheads. It just wasn’t the right play. They played aggressively and correctly under the right conditions at the right moments and we were a little bit on our back foot the whole day, I thought.”

Vanderbilt, which extended its winning streak to 14, continued its impressive play into singles action. First, Meyer doubled the Commodores’ lead with a 6-3, 6-0 win against Madcur.

Roldan turned in a solid effort against a top-50 opponent, but No. 44 Rosca earned a 6-3, 6-3 decision to put Vanderbilt within one point of victory.

Paterova staved off an overall match point against Summer Dvorak, but minutes later, third-ranked Perez-Somarriba was unable to do the same and dropped a 4-6, 2-6 decision to No. 11 Sharma.

For Perez-Somarriba, the setback was just her second of the spring and it snapped a streak of 11 straight matches in which she had not lost even a set. It was only her third straight-set defeat of the 2017-18 season and her first since Oct. 22, 2017.

“I saw a team just jumping on us at the right moments. We were in the points until a certain moment and as soon as we responded with a short ball, they were attacking and moving forward,” Yaroshuk-Tews said of the Commodores. “We knew what to expect. We weren’t doing a good enough job of jumping on those balls ourselves and we weren’t doing a good enough job of responding when they were just playing aggressive tennis. Credit to Vandy; they played great, smart tennis and they were the better team today.”

Additionally, No. 69 Lohan trailed No. 10 Contreras, 6-4, 2-3, but had won six of the past 10 games after dropping the first five. A two-time ITA All-American and four-time All-ACC honoree, Lohan ends her illustrious career—barring a move from the alternate list into the NCAA Singles Championship—with 130 singles victories, fourth-most in program history.

With the defeat, Miami drops to 53-33 all-time in NCAA Team Championship play, including 40-17 under Yaroshuk-Tews and 26-27 at neutral sites.

“Obviously, it’s a disappointing day, but the fact that we were here and playing in this moment with these kids [is great],” Yaroshuk-Tews said. “Honestly, of all the teams that I have ever taken to [the Sweet 16 of] this tournament, this is one that I’ll remember because these kids went through a lot and they didn’t say a lot. They just got to work and just started finding results; sometimes, I don’t even know how we did so. We just kept moving week to week and they busted their tails to be here. So, at the end of the day, I think it was a great season.”

Along with making the 23rd Sweet 16 appearance in program history and the 13th of Yaroshuk-Tews’ 17-year tenure, Miami tallied five top-25 wins in 2018. The Hurricanes are in line for a 16th straight top-25 finish and reached 18 victories for the 13th time in 15 seasons.

Miami also reached the ACC Championship semifinals for the 10th time in 14 years and hosted the first two rounds of the NCAA Team Championship for the 13th time in that stretch.