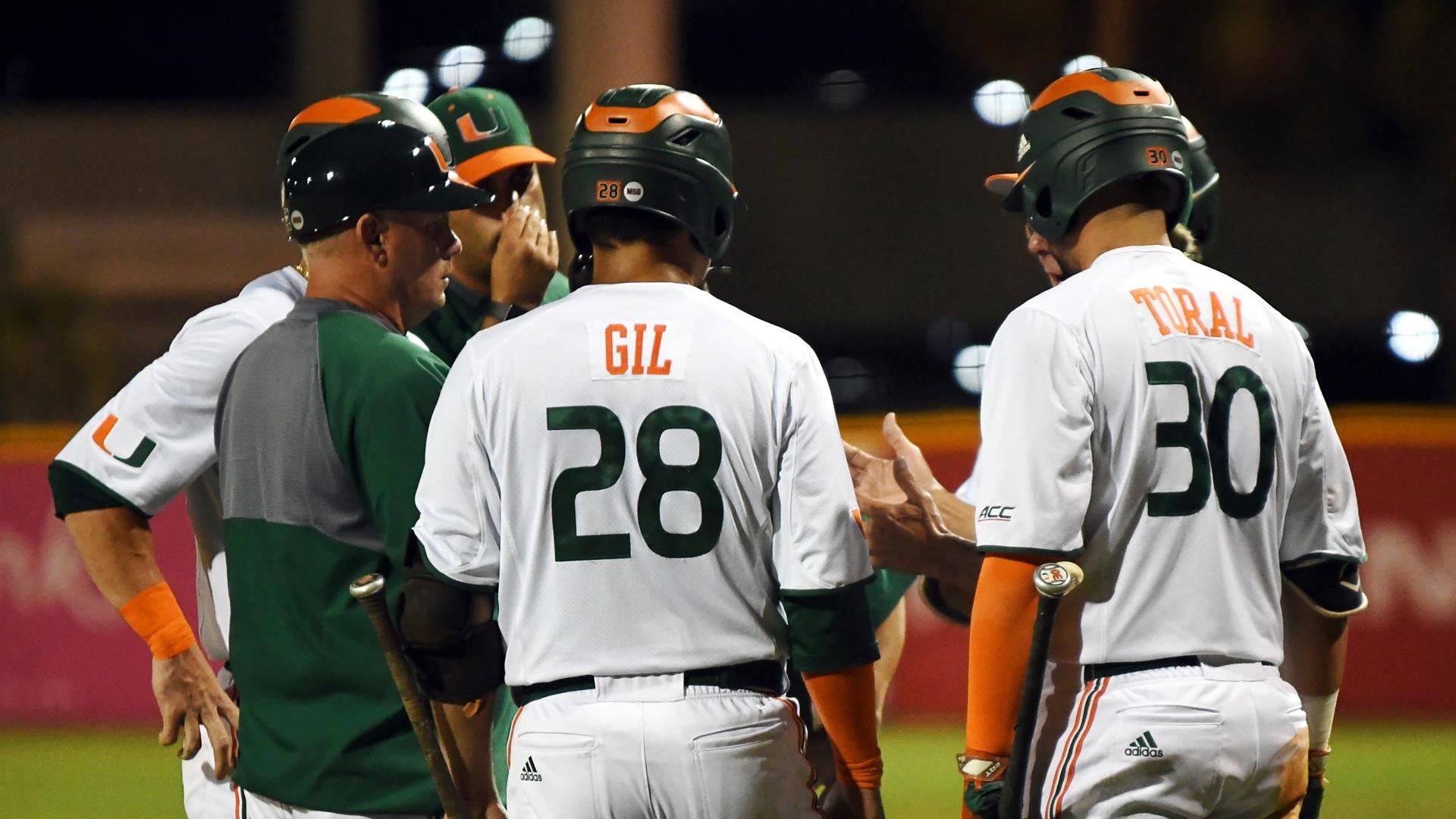 CORAL GABLES, Fla. – Maine scored all six of its runs over the game’s final two innings, as the Black Bears took the series opener over No. 24 Miami, 6-1, Friday night at Alex Rodriguez Park at Mark Light Field.

With the Hurricanes (3-6) ahead 1-0 late in the game, the Black Bears (3-6) struck for four runs in the eighth and two more in the ninth to spoil a dominant outing from Miami lefthander Jeb Bargfeldt.

Bargfeldt appeared the victor in a pitchers’ duel with righthander Justin Courtney, who tossed six innings for the visitors, before the late barrage from the Black Bear offense.

Coming off a disappointing start last Friday night against No. 1 Florida, Bargfeldt atoned with 7.1 impressive innings.

He allowed six hits, one run and one walk with three strikeouts. The start marked the third-longest of his career.

Junior Romy Gonzalez made sure Courtney paid for his only mistake of the night in the sixth.

With Courtney (1-2) yet to allow a hit through the game’s first five-plus innings, Gonzalez sent the second pitch of his at bat just over the fence in left for a 1-0 lead.

The home run was the first of the season for Gonzalez, who led Miami with 11 homers a season ago.

Maine tied the game in the eighth on a two-out RBI single from Christopher Bec off Miami reliever Andrew Cabezas.

Cabezas (0-1) allowed two hits, three runs and two walks to pick up his first loss of the season.

Miami and Maine return to Mark Light Field Saturday for Game 2 of the series. First pitch for the contest, slated for broadcast on ACC Network Extra and WVUM 90.5 FM, is set for 6 p.m.