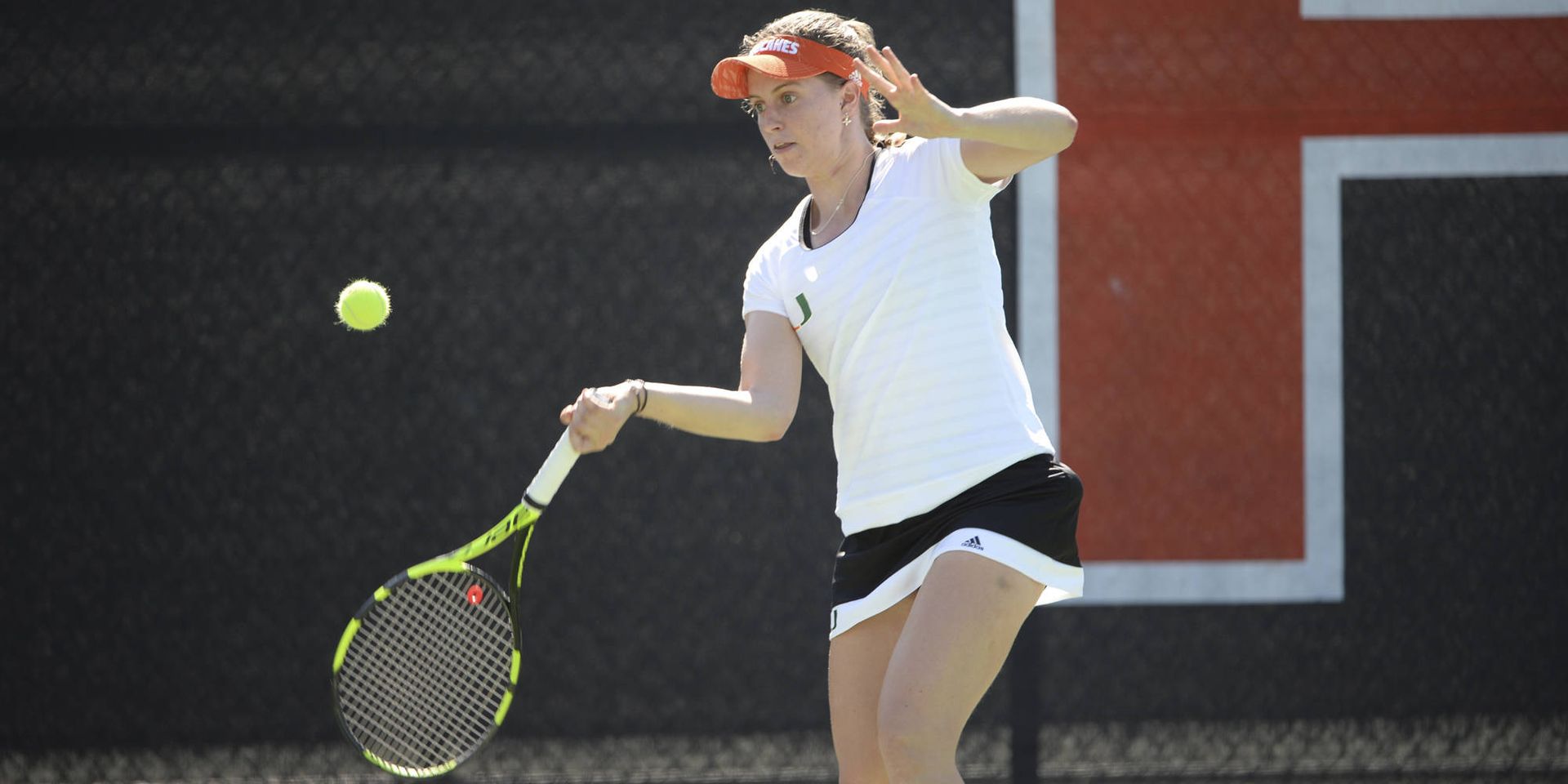 No. 11 Miami (3-2, 1-0 ACC) earned victories at the top two spots in both singles and doubles, but it was not enough in the first all-time meeting between the Hurricanes and Red Raiders.

“We played not to lose today. Our players know better, but apparently aren’t ready to buy in,” Miami head coach Paige Yaroshuk-Tews said. “When they decide to play the type of tennis we practice on match day, we’ll be able to have some fun results. I believe in these ladies so much. Some minor tweaks will have huge results.”

Senior Stephanie Wagner and sophomore Wendy Zhang got Miami on the board first in doubles, posting a 6-3 win against Lynn Kiro and Gabriela Talaba. Freshman Clara Tanielian, playing doubles for the first time in a dual match, teamed with sophomore Sinead Lohan to clinch the doubles point. The pair downed Sarah Dvorak and Alex Valenstein, 6-3.

Half the singles matches concluded in relatively quick succession. First, ninth-ranked Wagner doubled the Hurricanes’ lead with a 6-2, 6-1 victory over Kiro.

No. 80 Zhang was up 5-2 in the second set and had a match point to clinch the victory for the Hurricanes, but Federici stormed back to force a third set and keep Texas Tech’s hopes alive.

Meanwhile, Valenstein posted a three-set win over Tanielian, 4-6, 6-3, 6-2, to pull the Red Raiders within one. Federici then completed her comeback to even the match at three apiece by topping Zhang, 1-6, 7-5, 6-3.

The Hurricanes will play their final match at ITA Indoors Sunday, with their opponent and match time still to be announced.

Additional information on the ITA National Team Indoor Championship, including the draw and live scoring, can be found on the ITA tournament page HERE and Wisconsin’s event page HERE.