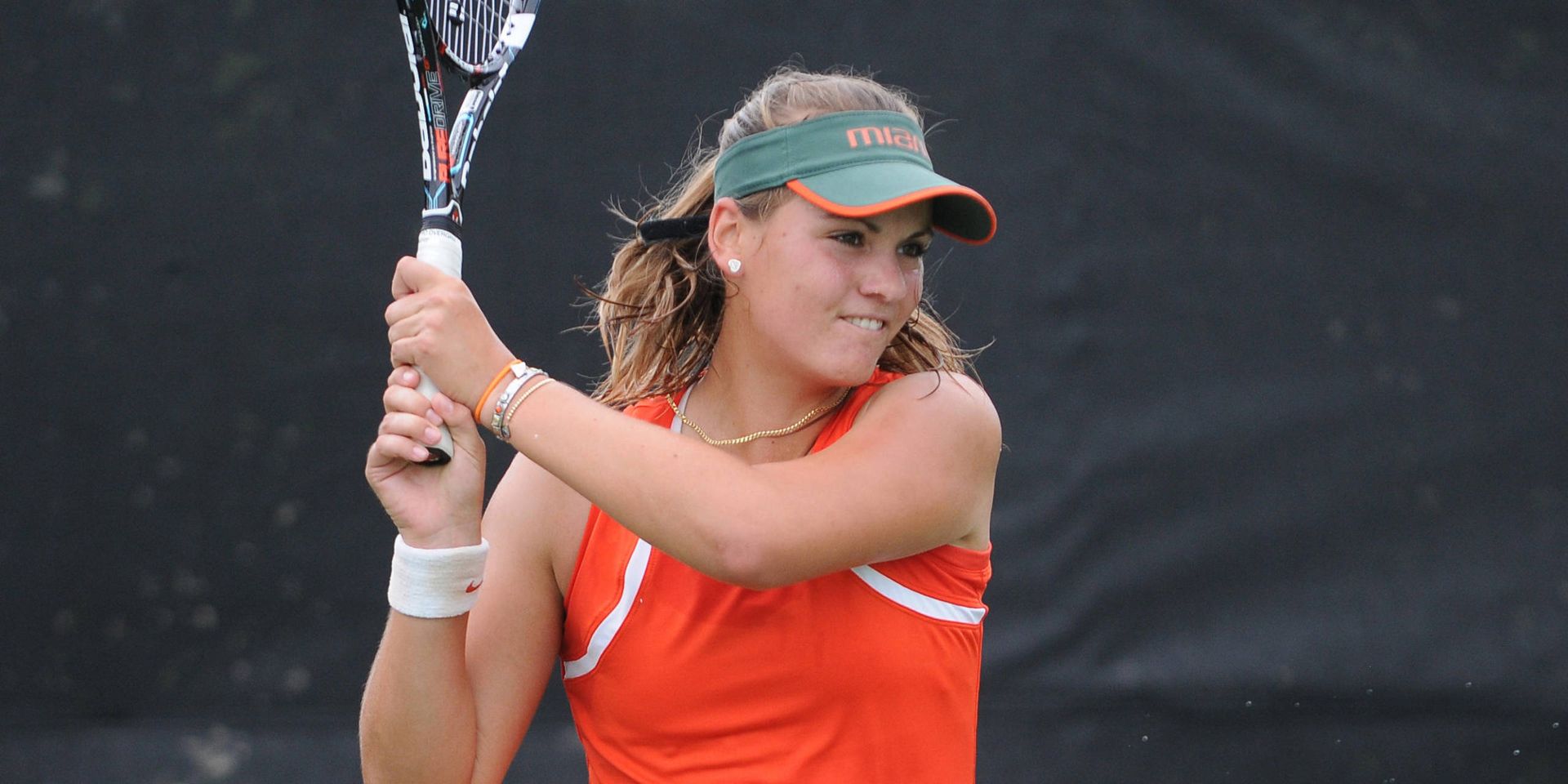 CORAL GABLES, Fla. — The University of Miami women’s tennis team tallied eight wins, including a sweep of doubles against the University of Texas, on the first day of the Miami Spring Invite.

The 29th-ranked doubles team consisting of Monique Albuquerque and Clementina Riobueno picked up an impressive win against No. 21 Breaunna Addison and Pippa Horn of Texas, 6-3.

Following a strong start against the Longhorns, Miami hit the court for eight singles matches against Vanderbilt. The Hurricanes and Commodores battled to a 4-4 split in singles play.

“I think Kelsey played a really good match today. I think she made a few minor changes there deep in the second set that allowed her to walk away from that match in two sets,” Yaroshuk-Tews said.

Taking a 5-4 lead, Brittany Dubins was on pace to win the first set. However, her opponent suffered an injury that withdrew her from the match.

“Brittany’s hitting the ball really well,” Yaroshuk-Tews said. “She’s playing a little bit more aggressive, and it was paying off.”

Clementina Riobueno battled for Miami’s fourth singles win of the day, taking down No. 102 Ashleigh Antall 6-4, 7-6 (4).

Victoria Zukowski made her Hurricanes debut on Friday. The true freshman helped Miami sweep in doubles play and showed promise as a singles player in a tough loss to Vanderbilt’s Astra Sharma 7-6, 6-2.

“Really happy to see Victoria, our new addition, come out today and play with great energy, great poise,” Yaroshuk-Tews said. “The way she played, you would have thought she’d been on the team for a year.”

Monique Albuquerque, Lina Lileikite and Melissa Bolivar came up on the short end of their singles matches. Albuquerque fell to Frances Altick, 7-5, 6-3, in a long two-setter and Lileikite came up just short against Marie Casares after losing in a three-set tiebreaker. Bolivar dropped her match to 48th-ranked Georgina Sellyn, 6-3, 6-3

Miami will resume in tournament play tomorrow at 9 a.m. at the Neil Schiff Tennis Center, starting with doubles against Memphis and playing Texas in singles shortly after.