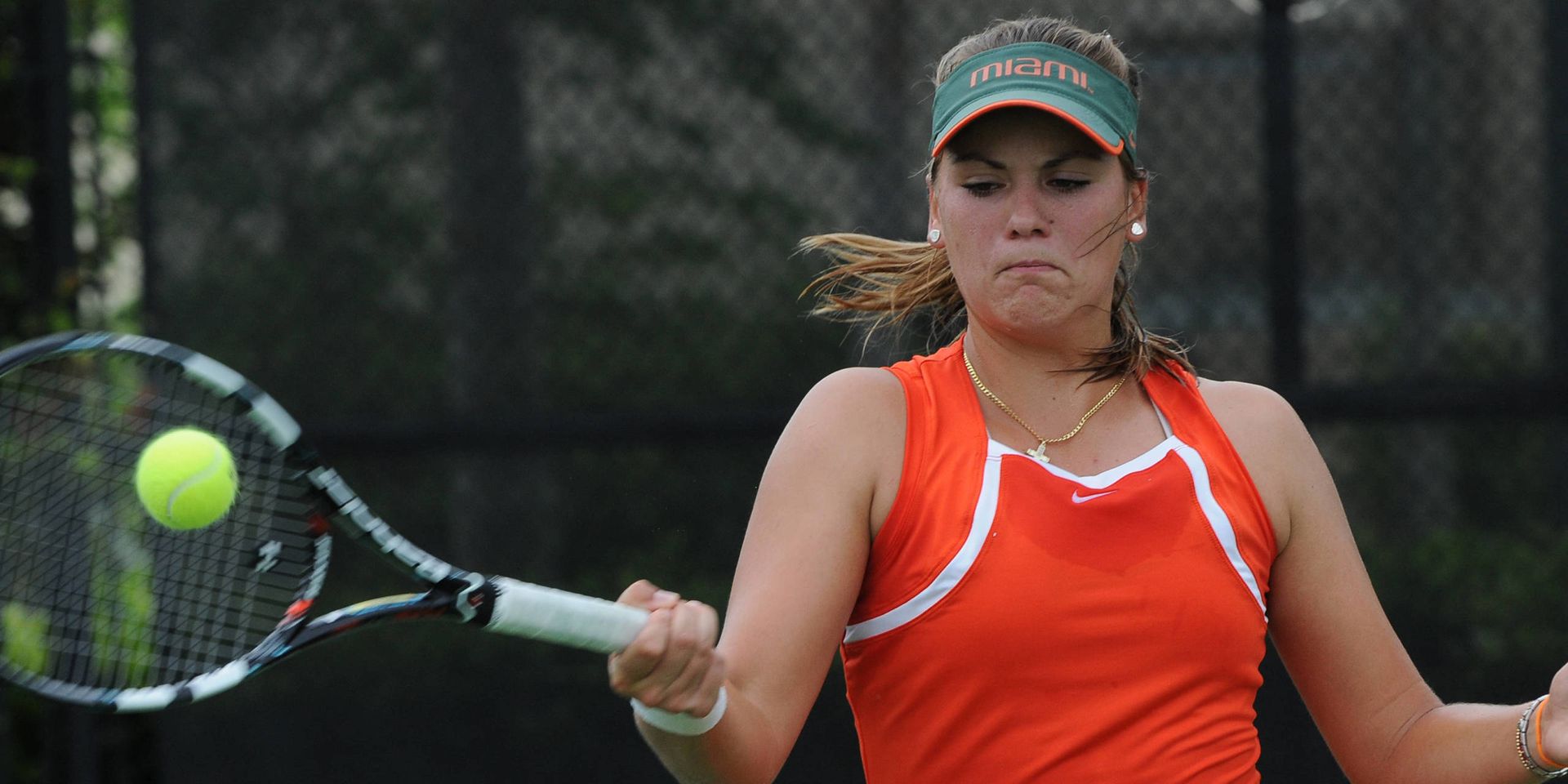 CORAL GABLES, Fla.—In the final day of the University of Miami Invite, the Hurricanes went 7-1 in their remaining singles matches, including two wins in the singles finals.

“Wagner and Lileikite had a great weekend of tennis,” head coach Paige Yaroshuk-Tews said.  “They both seemed to get better as the weekend progressed.  We saw some good doubles play from teams we were expecting great things from and who haven’t played since NCAAs in May.”

On the next court over, Hurricanes Melissa Bolivar and No. 84 Lina Lileikite battled against each other in the green singles final. In a back-and-forth three-set match, Lileikite won the first set in a tiebreaker, Bolivar bounced back and took the second set 6-2, and in the final set Lileikite prevailed 6-3.

Deborah Suarez, facing Ole Miss’ Iris Verboven in the green singles flight, won the first set in a tiebreaker before pulling away in the second set to win 7-5, 6-1.

“Albuquerque had a few nice wins and she heading in the right direction,” Yaroshuk-Tews said.

Playing in the orange consolation final against Jen Pfeifler, No. 69 Clementina Riobueno took care of business, defeating the junior from Auburn in two sets 6-3, 6-0.

“I’m happy to see Riobueno bring her personality on court and compete her tail off,” Yaroshuk-Tews said. “She also ended the tournament on a high note.”

Brittany Dubins was matched up against Cristina Valladares in the third place match of the green draw. After dropping the first set to the senior from Barry, Dubins won the next two sets to win the match 3-6, 6-4, 6-1.

The Hurricanes will now begin preparations for the ITA Women’s Regional. The tournament begins Friday, Oct. 18 in Athens, Ga.