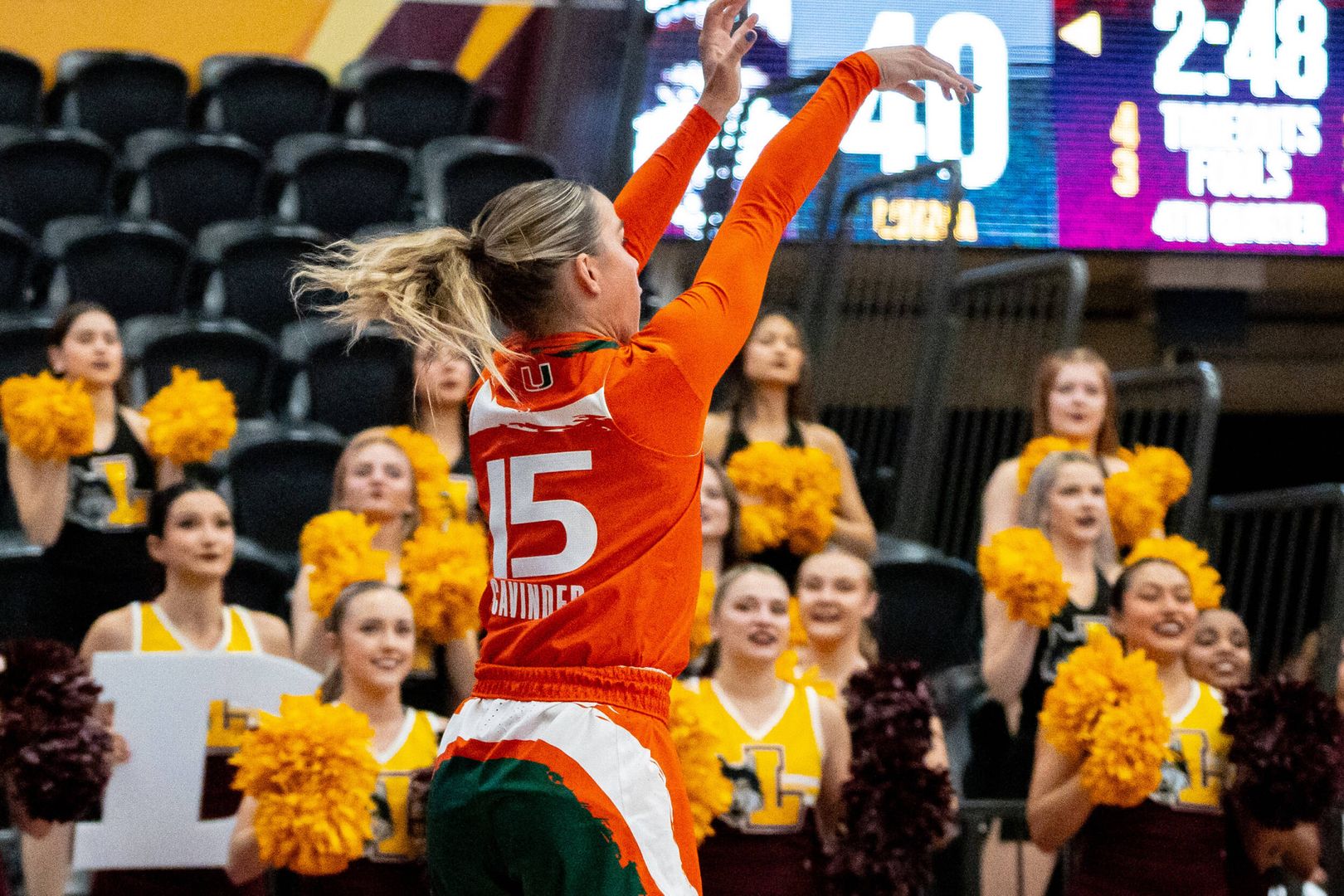 Miami Bounces Back With Win at Loyola Chicago

CHICAGO – The University of Miami women’s basketball team (5-1) is back in the win column after defeating the Loyola Chicago Ramblers (1-4), 63-45, Tuesday night at Gentile Arena.

“That first-half performance on the defensive end was incredible. We’ve seen Loyola on film, they can really score and are extremely well-coached, so tonight was a matter of effort,” head coach Katie Meier said. “Our smaller guards, Haley and Hanna [Cavinder] and Lashae [Dwyer] led us in rebounding and that is a matter of grit and toughness. They all responded with a great amount of determination.” 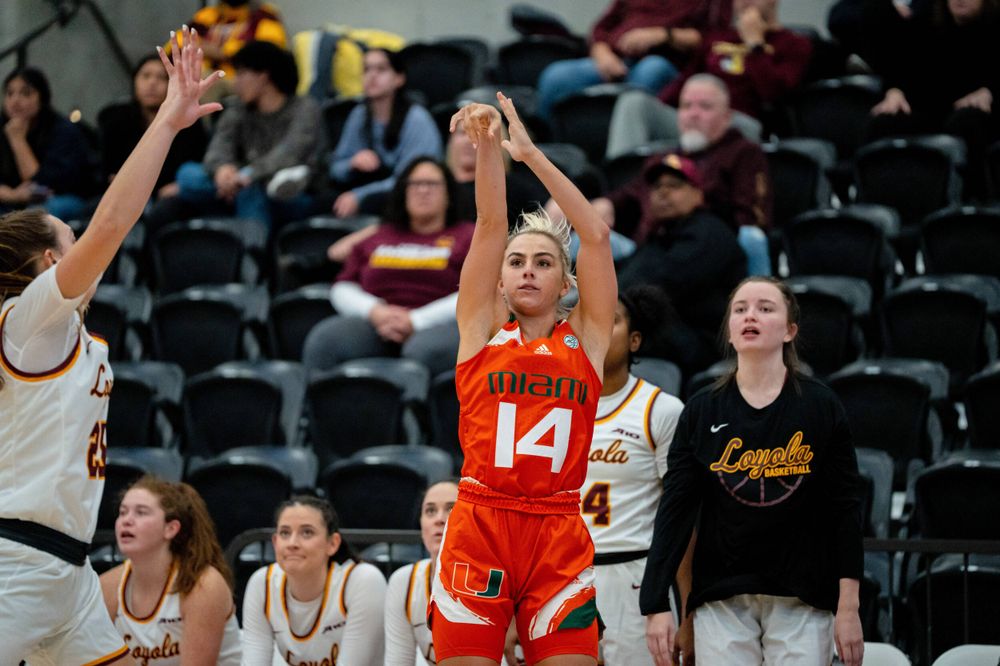 The Cavinders and Lashae Dwyer combined for 16 of Miami’s 41 rebounds and Hanna Cavinder totaled a season-high nine points.

The Hurricanes’ defense showed up from the jump, allowing just 11 first-half points. Miami turned its defense into offense, forcing 12 turnovers and tallying 15 points off those giveaways.

Miami shot 53.3 percent from the field in the first 20 minutes of action, paced by Harden who scored 10 points on 4-of-4 shooting. The Hurricanes dished the ball at a high clip, recording an assist on 12 of their 16 buckets.

Loyola Chicago closed the gap to 14 thanks to a 7-0 run midway through the third quarter, but graduate student Karla Erjavec hit a deep 3-pointer to beat the buzzer and give Miami momentum heading into the final frame.

Hanna Cavinder took over in the fourth quarter, playing all 10 minutes and tallying seven points and two rebounds. The Hurricanes outscored the Ramblers, 14-13, to clinch the 63-45 victory.

The Hurricanes return home to Coral Gables, Fla., to host the annual Miami Thanksgiving Tournament, which tips off on Friday. Miami will take on North Carolina A&T at 3 p.m., with the game airing on ACC Network Extra.