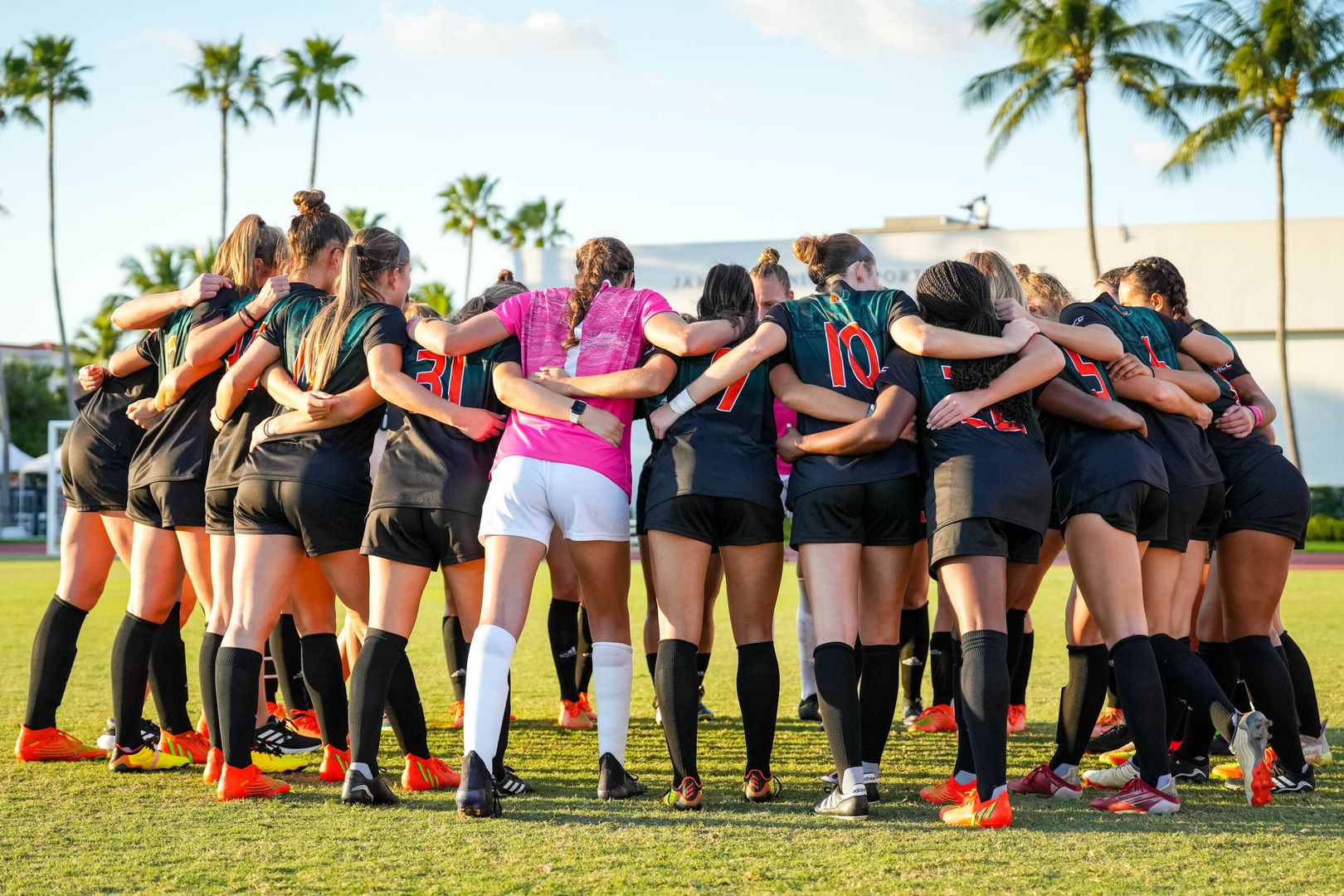 “I thought the team performed really well,” Miami head coach Sarah Barnes said. We turned them over and created a lot of goal-scoring opportunities. We defended quite well and it took an exceptional shot to beat the team. The result is really disappointing, but the performance as a whole was outstanding.”

The Hurricanes (5-8-3, 2-7-1 ACC) threatened the Cavaliers (13-2-3, 6-2-2 ACC) multiple times throughout Thursday’s tilt, but Virginia forward Alexa Spaanstra’s strike in the 12th minute proved to be the difference.

Prior to the match, the Hurricanes (5-8-3, 2-7-1 ACC) honored midfielder María Jakobsdóttir, forwards Jackie Koerwitz and Chloe O’Neill, and defenders Taylor Shell and Emma Tucker with an emotional Senior Day ceremony.

The senior quintet were joined by their families and friends from across the globe, making the night that much more special.

Jakobsdóttir, Koerwitz, O’Neill, Shell and Tucker combined to play in 282 career matches, including earning 216 starts, totaling 37 goals and 28 assists along the way.

“Without question, they’ve brought significant value in terms of performances on the field, but more than anything from a culture standpoint,” Barnes said. “This has been a really difficult environment to come in and make the changes that can turn the program in the right direction, and their commitment, perseverance and positive mindset have helped us move closer to where we want to be. We’re going to miss them.”

Throughout their time in the orange and green, the senior class has helped the Hurricanes top-then No. 15 Clemson, 3-2, in double overtime, secure the first victory over rival Florida in a decade and pick up the first win at Boston College in program history.

This year, the veterans led Miami to five home wins and five clean sheets, the most by the Hurricanes in six seasons.

“I’m proud of the progress the team has made,” Barnes said. “They’ve poured so much energy and effort in, but we have so much more in us. For us, it’s learning how to be consistently great, day in and day out. We’re capable of controlling the game and being dangerous and effective. It requires exceptional attention to detail from start to finish, and it requires sacrifice. That sacrifice starts now and will carry us over to next preseason.”