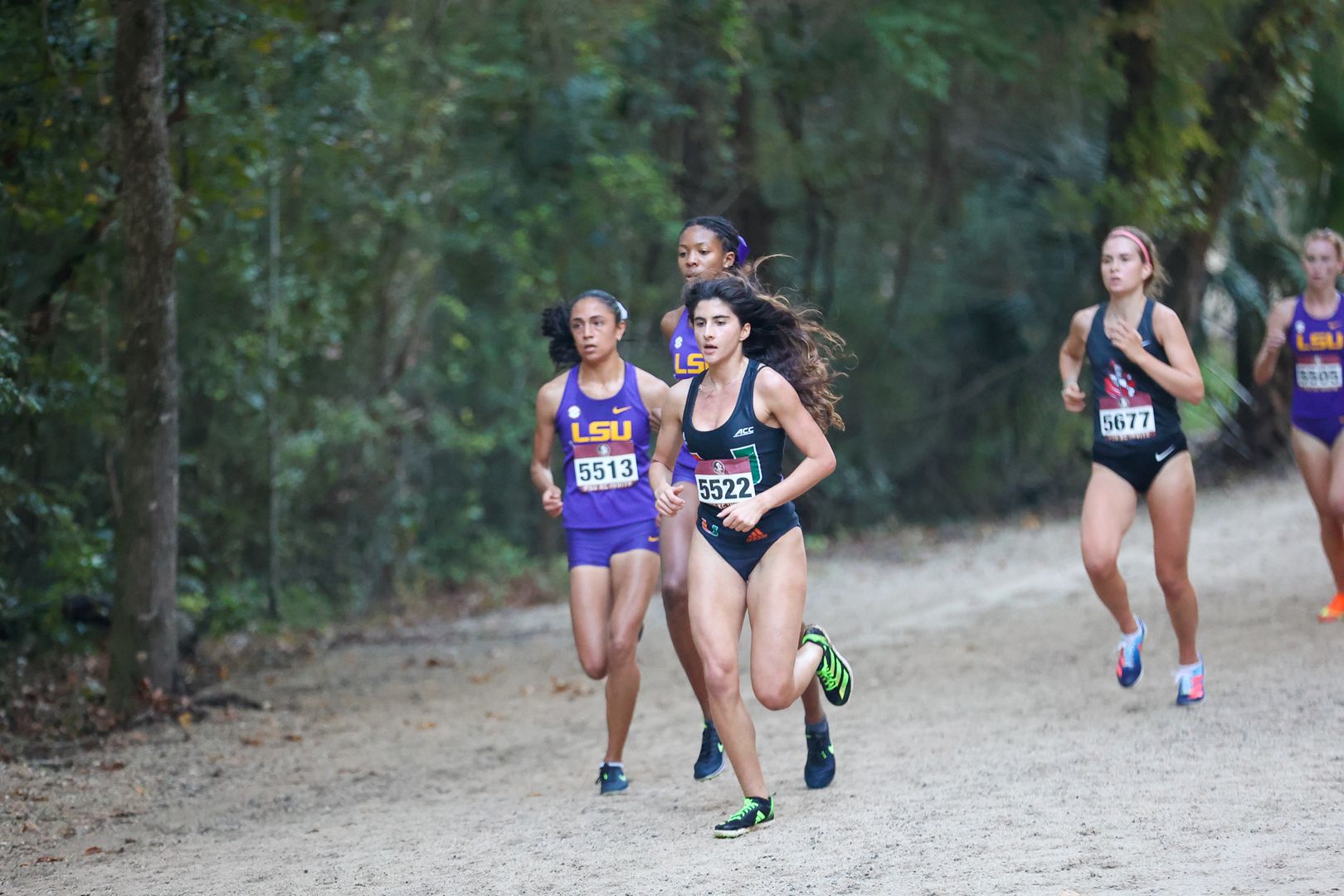 TALLAHASSEE, Fla – The University of Miami cross country teams finished out the regular season with a strong performance, led by sophomore Daphnee Lavassas at the FSU XC Invitational.

Lavassas had another record-breaking race day, winning the race and re-breaking the school record she set earlier this year with a time of 17:10.9, shaving off 13 seconds from her previous time.

“The win was great for Daphnee, but I believe she has a lot left in the tank,” said Coach Cody Halsey. “She was very patient and stayed under control for the entirety of the race. It’s exciting to think what she can do in three weeks.”

The Miami women finished second in the team standings out of 30 teams, finishing only behind LSU. The men also finished in the top 10, with six Hurricanes finishing under 26 minutes.

“Today was a lot of fun,” said Halsey.” It’s so satisfying to see their hard work finally start coming to fruition. It’s rare for an entire group to have a great race on the same day, but all 18 of these men and women ran a personal best today. Every single one of them. That’s amazing and a testament to their buy in as well as their trust in each other. They work incredibly hard and today we saw it start to pay off.”

Sophomore Natalie Varela was the second finisher for the Hurricanes, coming in eighth place (17:38.6) and sophomore Elle Mezzio followed shortly behind in ninth (17:41.5). Bianca Banato rounded out the women’s top-15 finishes in 12th (17.50.7).

“This was a race I’ve been waiting to see from Austen,” said Halsey. “It was really rewarding to finally see him race to his potential. He broke into the top 10 all-time list at number 2 and breaking that record isn’t far off.  I’m really excited for his development.”

The Hurricanes will take the next few weeks to train leading up to the 2022 Cross Country ACC Championships October 28th. The Championships are set to be held in Earlysville, Virginia, at Panorama Farms.

“We plan to build off this momentum as we head into ACC’s,” Halsey said. “The effort and times were there today. Both of these groups are doing things that haven’t been done before in Miami and I really couldn’t be prouder.”