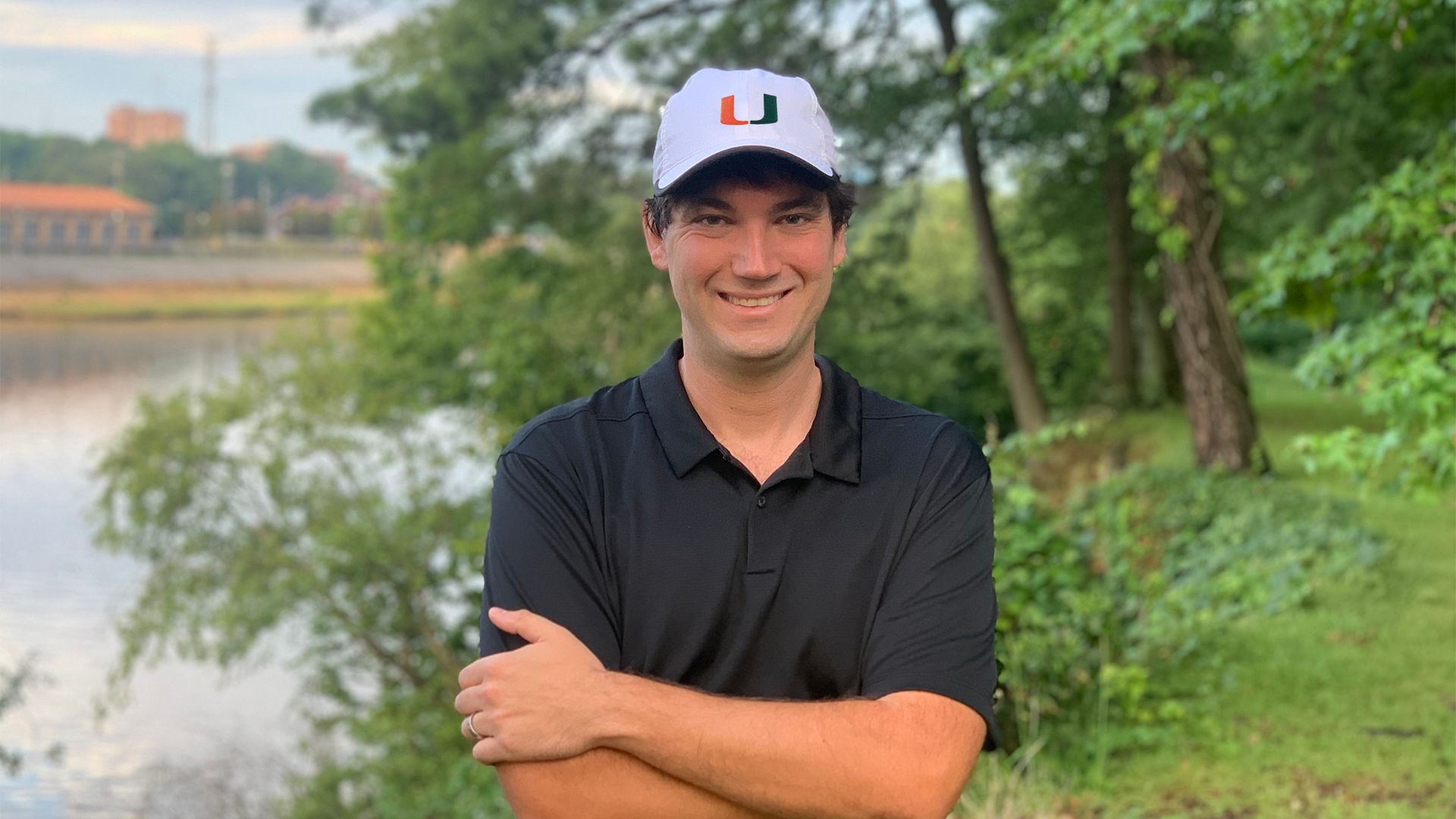 Mulcahy (pronounced mull-KAY-hee) joins the Hurricanes after spending six years as the first assistant coach at the University of Alabama.

“We are excited to welcome James to the University of Miami family,” Radakovich said. “James has an impressive track record of program building at both the collegiate and international level and we are confident he can continue the momentum we have been building with our rowing program.”

Mulcahy has a wealth of coaching experience, not only at the Division I level, but also as a member of the Team Canada staff. In 2015 and 2016, the Ontario native coached the Canadian U19 men’s team at the CanAmEx Regattas. The 2015 team came away with the gold and won the overall points trophy in Mexico City, Mexico.

“First of all, my sincerest thanks to Dan Radakovich, Jennifer Strawley, Shirelle Jackson and everyone who lent their time to the hiring process. Their enthusiasm for Miami’s rowing program is incredible and I was struck by the strong sense of community, support and pride shown by the entire athletic department toward the student-athletes,” Mulcahy said. “I felt so at-home and welcomed when I visited campus, and I am so grateful that soon I will have the opportunity to work there every day. I feel very strongly that a championship culture is built from a strong commitment to not only the team via athletic resources and competitive opportunities, but also by a commitment to making sure each student-athlete is seen, heard and supported holistically in all aspects of their student-athlete experience.

“Miami is excellent at doing both and I come here knowing I will be able to help our student-athletes become the best possible versions of themselves and that is a wonderful feeling as a coach. I am so excited to begin a new chapter for the University of Miami Rowing!”

The Alabama rowing program saw numerous firsts while Mulcahy was on staff, most notably qualifying for the NCAA Championship for the first time in program history in 2021. The Crimson Tide finished in 13th in their first-ever NCAA Championship showing.

During Mulcahy’s six years at Alabama, the program produced 17 All-Big 12 Team members, 50-plus CRCA Scholar Athletes, a CoSIDA All-American (Raien Emery) and countless All-Big 12 Academic honorees. In 2019, the Crimson Tide made its first-ever appearance in the CRCA Top 20, checking in at No. 18. Since then, Alabama has become a regular presence in the weekly CRCA rankings.

When Mulcahy first stepped foot on Alabama’s campus, the Crimson Tide were coming off a seventh-place showing at the Big 12 Championships. Six years later, Alabama has posted a second-place finish in three straight Big 12 Championships, including medaling in all five races in 2022.

“I’d like to express my gratitude to the University of Alabama’s rowing program and athletic department for the past six years,” Mulcahy said. “I’ve had a fantastic experience working there and they have prepared me so well for this opportunity. I will always cherish my time spent at Alabama.”

He previously worked as the varsity women’s rowing coach at the University of Toronto and as the head coach of the Saskatoon Rowing Club.

Mulcahy was a four-year letterwinner at Columbia University and served as captain of the Varsity Heavyweight Crew during his final three seasons. He earned his bachelor’s degree in political science  from Columbia in 2008 and a master’s degree in English from Lakehead University in 2010.

“The success that Miami rowing achieved this past year is a testament to Coach Sanderson’s leadership these past nine years and the competitive spirit shown by the current student-athletes,” Mulcahy said. “I am incredibly excited to build off of this strong foundation and I can’t wait to meet the team and get started. I know that with our amazing departmental support and resources and, most importantly, our excellent rowers and coxswains, we will continue to take strides forward and contend for championships.”