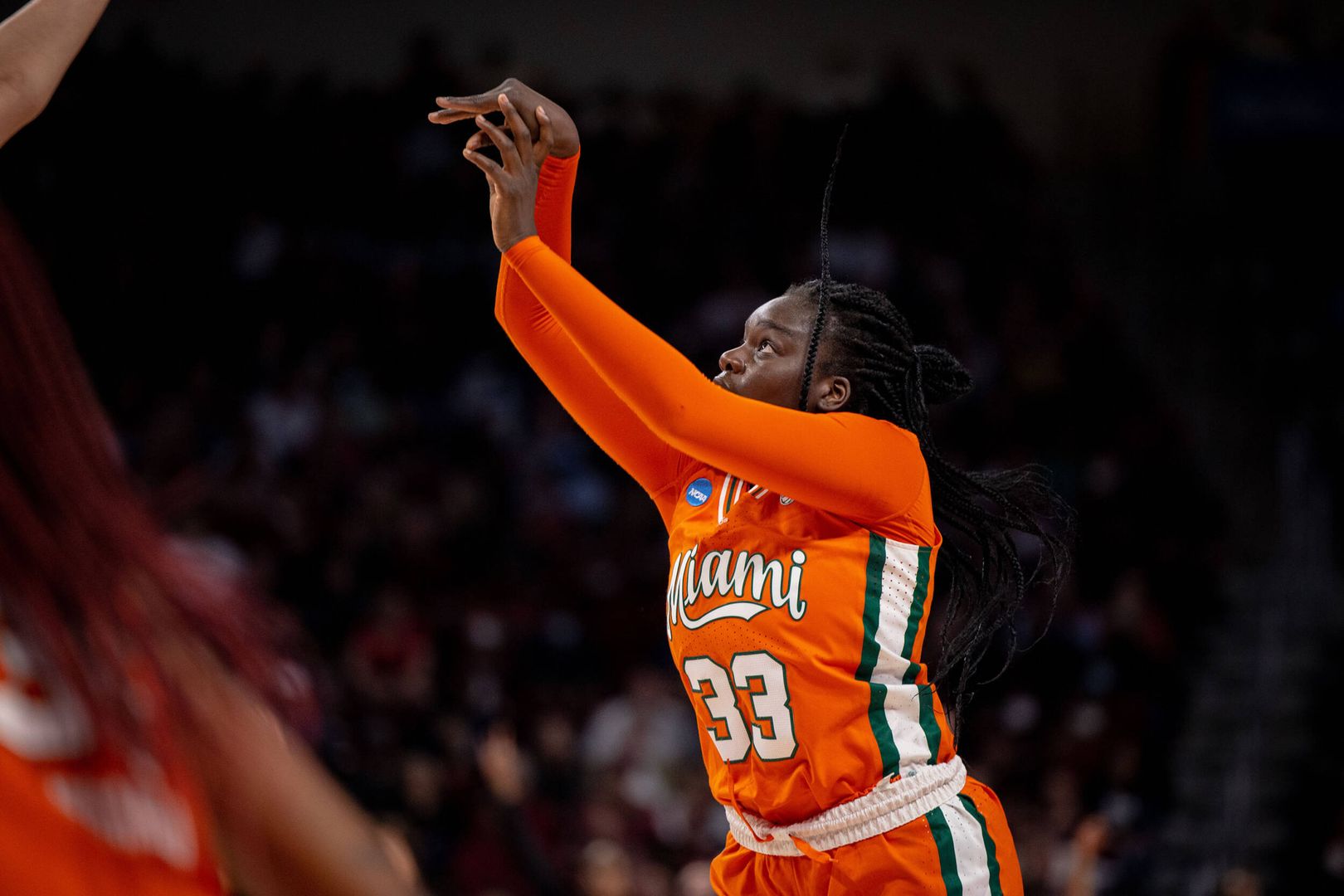 COLUMBIA, S.C. – The University of Miami women’s basketball team closed out the 2021-22 season in the second round of the NCAA Tournament, falling to the top-ranked and top-seeded South Carolina Gamecocks, 49-33, Sunday afternoon.

Graduate student Maeva Djaldi-Tabdi led the Hurricanes on offense with 15 points on the afternoon, knocking down a career-high five 3-pointers. Junior Moulayna Johnson Sidi Baba paced Miami on the glass with five rebounds.

Redshirt senior Destiny Harden scored the first bucket of the game at the 9:35 mark, but South Carolina quickly responded with five straight points to take the lead. The Miami defense forced five turnovers and held South Carolina to just 28.6 percent shooting from the field to stay in the game down 10-7 after one.

The Hurricanes continued to pressure the Gamecocks on defense, but could not find the basket in the second quarter. Despite limiting South Carolina to a season-low 23 points in the first half, Miami trailed the Gamecocks, 23-10, at the halftime break. 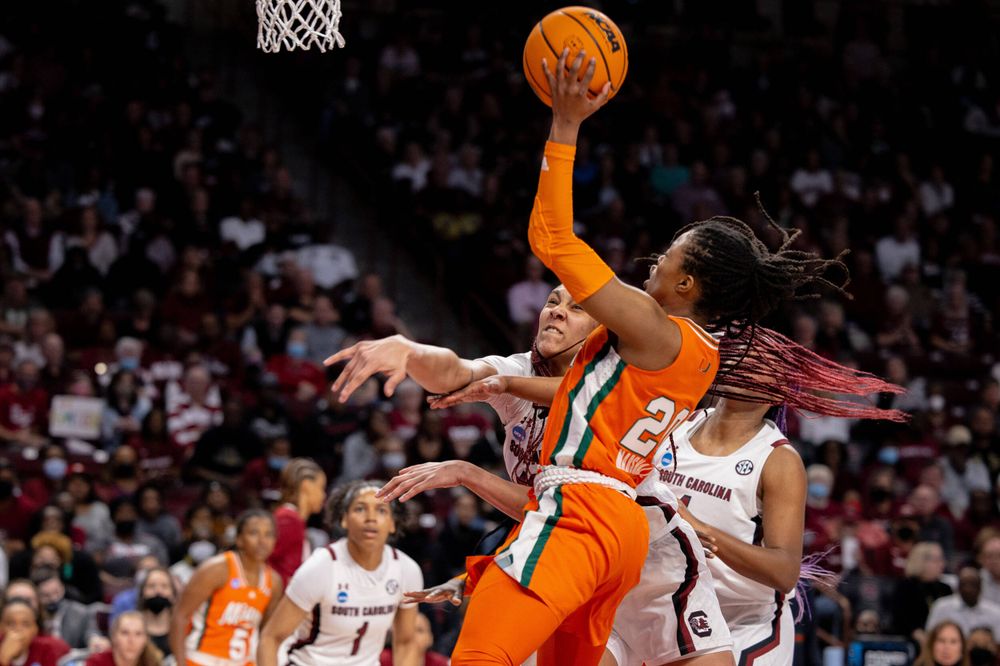 Neither team could find a rhythm offensively, in the third quarter, as South Carolina and Miami scored eight and five points, respectively. Djaldi-Tabdi cut the Gamecocks’ lead to 12 with her second triple of the day at the 4:59 mark, but South Carolina responded with a pair of field goals to take a 31-15 lead into the final 10 minutes.

The Hurricanes gave it all they had in the fourth quarter, starting the final 10 minutes with four straight stops on defense. Djaldi-Tabdi put together a solo 6-0 run for Miami with back-to-back 3-pointers to pull to within 10. The Hurricanes scored a game-best 18 points in the fourth quarter, shooting 40 percent from the field, but could not overcome the No. 1 team in the country on its home court.