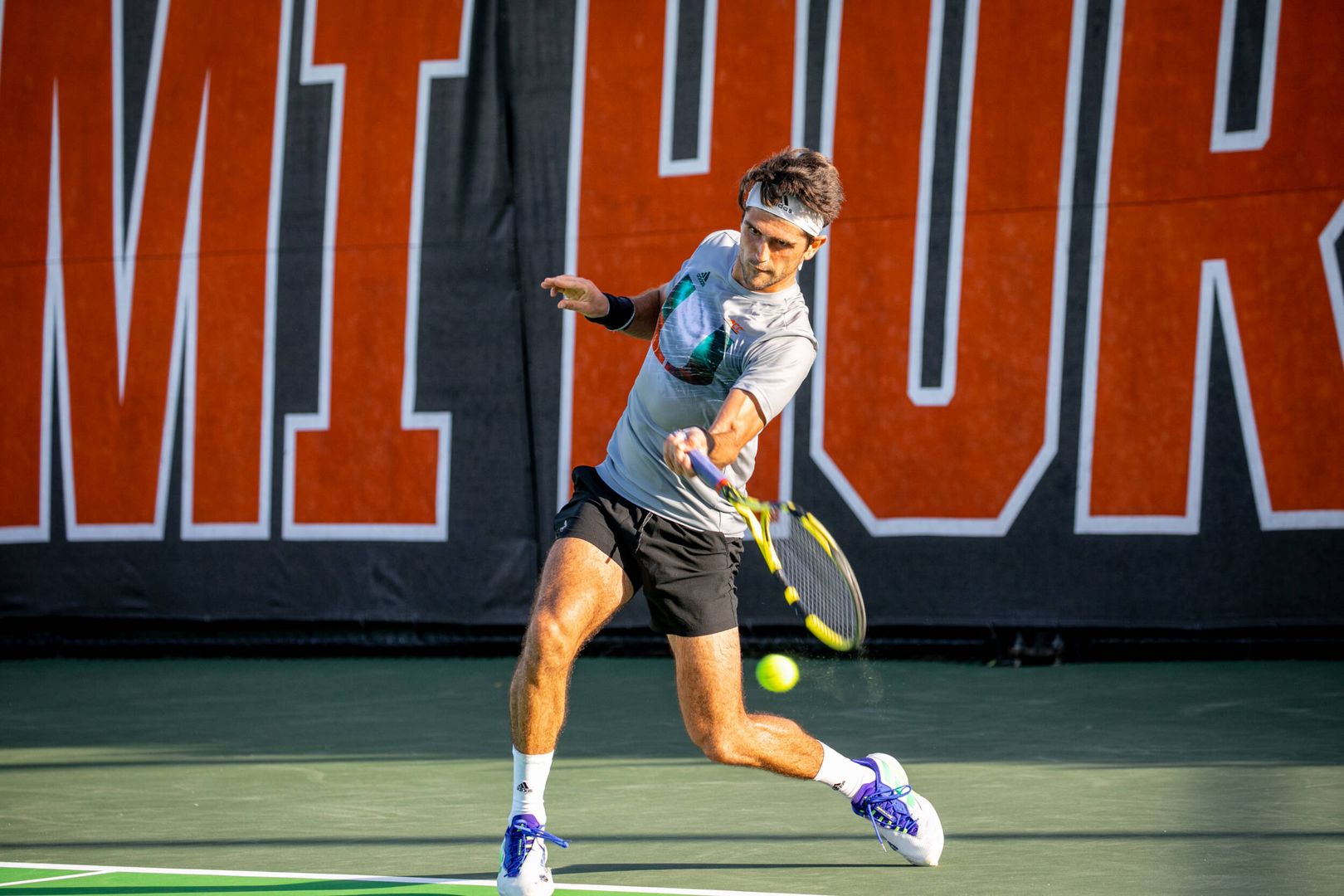 No. 25 Miami Drops Road ACC Match at No. 47 Louisville

The Hurricanes (12-5, 1-4 ACC) took an early 1-0 lead, tallying the doubles point with a pair of victories on courts two and three. The duo of graduate student Dan Martin and fifth-year senior Bojan Jankulovski posted the first win for Miami, taking down Louisville’s Sergio Hernandez and Tin Chen, 6-2.

Fifth-year senior Benjamin Hannestad and freshman Martin Katz clinched the doubles point for Miami with a 6-4 victory on court two. At the time on clinching, fourth-year juniors Juan Martin Jalif and Franco Aubone were trailing 3-4 on court one.

The Cardinals evened the match at one-all when Hannestad fell to Josh Howard-Tripp, 2-6, 2-6, in second singles. Jankulovski put Miami back on top with a decisive 6-1, 6-4 win on court three.

Tied at 2-2, the Hurricanes and the Cardinals went game-for-game on the final three courts. At sixth singles, Aubone came back from down a set to win set two 6-4, but fell just short of the victory, facing a 7-6 (7-5) defeat to David Mizrahi.

The Hurricanes will turn their focus to another top-50 match when they take on No. 23 Notre Dame in South Bend, Ind., on Sunday at 12 p.m.