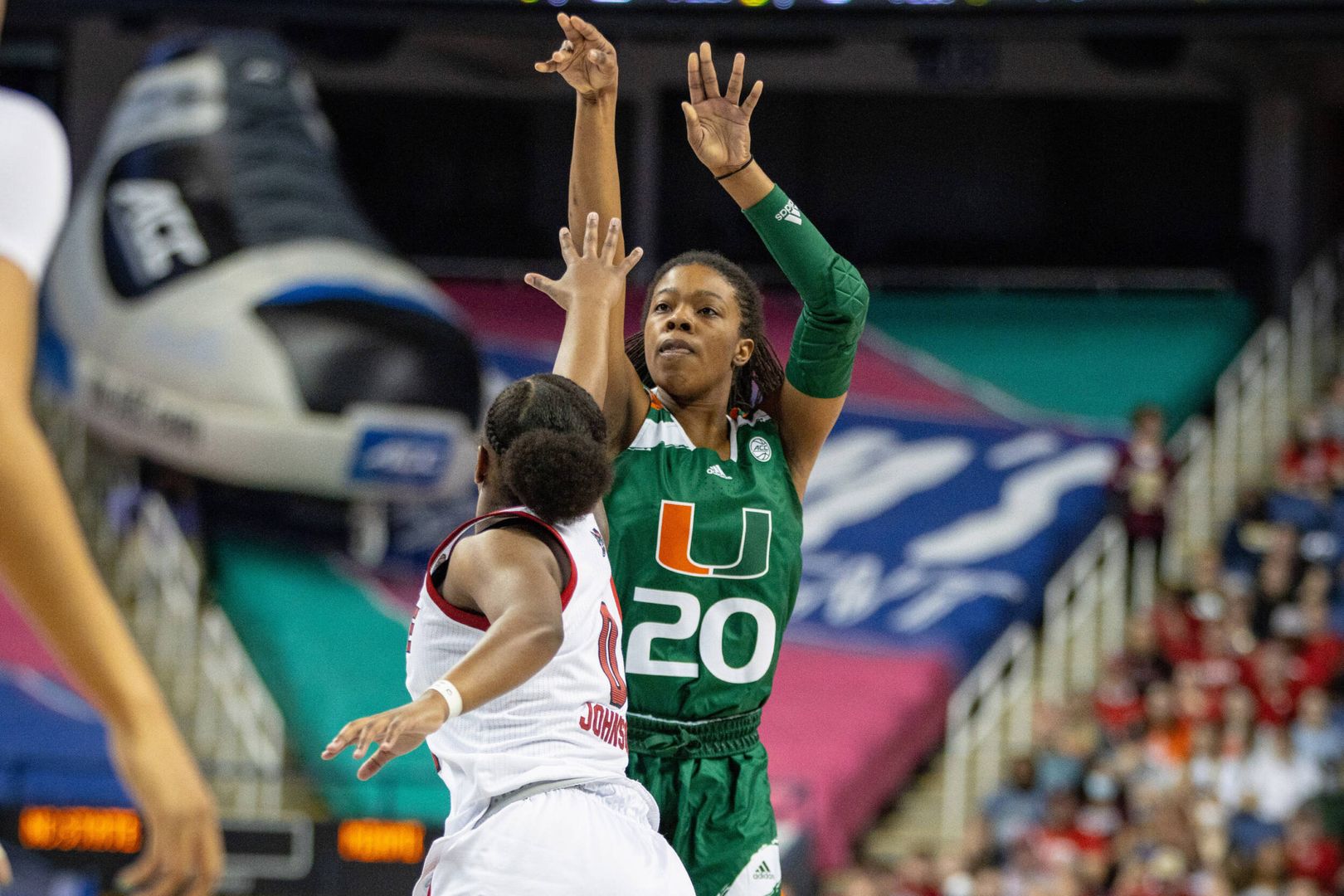 GREENSBORO, N.C. – The University of Miami women’s basketball team’s historic ACC Tournament run came to a close on Sunday when it faced a 60-47 defeat to the first-seeded NC State Wolfpack at the Greensboro Coliseum.

In its fourth game in four days, the Miami defense held the Wolfpack 16 points under their season average of 76.9, one of just four teams to limit NC State to 60 points or fewer this year. For the second time this season, the Hurricanes also outrebounded NC State, winning the battle on the glass, 38-37.

Graduate student Kelsey Marshall left it all on the court in the final ACC Tournament game of her career, totaling 24 points, four rebounds and two assists in the game. Fifteen of Marshall’s 24 points came in the second half as she shot 50 percent from the field in the final 20 minutes. 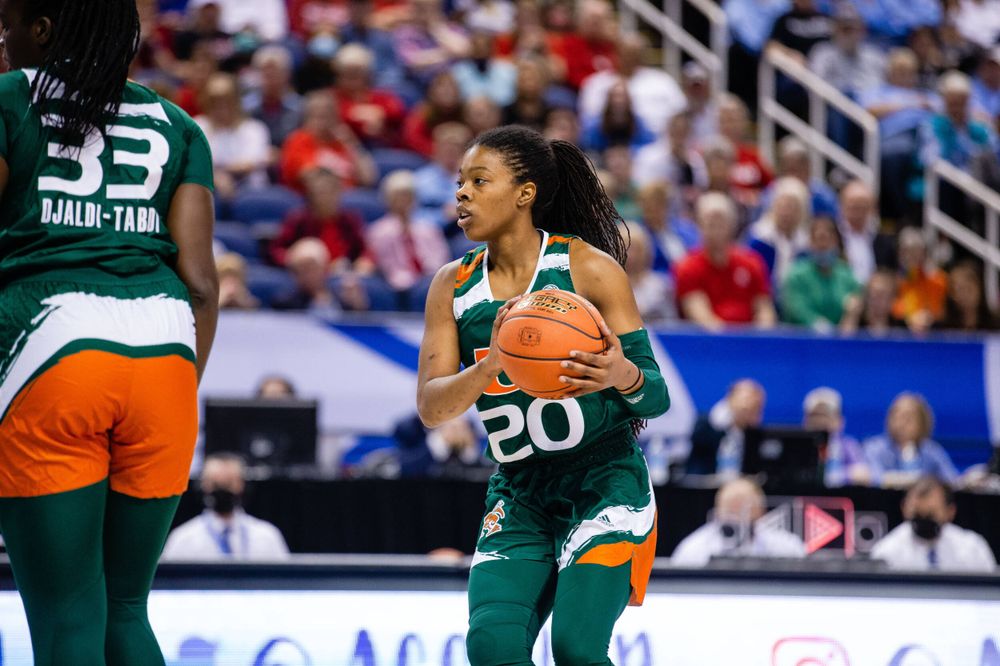 Marshall was dominant from the start, sparking a 7-0 run for the Canes with a 3-pointer at the 6:46 mark to put Miami up, 7-2. NC State responded with a 7-0 run of its own to take its first lead of the game with 3:46 to go in the first. Neither team took larger than a 3-point lead in the final three minutes of the frame and the Wolfpack held a narrow 14-12 lead at the end of the first.

Back-to-back jumpers to start the second quarter extended NC State’s lead out to six, but the Hurricanes battled back thanks to a pair of buckets from Harden and a second-chance layup by junior Lola Pendande to tie the game at 18.

After exiting the first quarter due to injury, Marshall returned for the second and knocked down a pullup jumper at the 4:09 mark to put Miami back on top, 23-22. However, it was all Wolfpack for the rest of the first half as NC State embarked on a 10-0 run to take a 32-23 advantage into the break.

The Hurricanes struggled to find the basket in the third quarter as Miami shot just 21.4 percent from the field in the frame. The Wolfpack outscored the Hurricanes, 19-10, in the quarter to hold an 18-point lead with 10 minutes to play in the game.

NC State opened the fourth quarter with a 3-pointer from Diamond Johnson to push its lead to 21, but the Hurricanes responded with 10-0 run to pull to within 13. Marshall accounted for five of the 10 points in the run, including a driving layup to bring her point total to 20 in the game. The Davie, Fla., native totaled 11 points in the fourth quarter, but the Hurricanes ultimately fell to the Wolfpack, 60-47.

Marshall and fellow graduate student Harden were both named to the ACC All-Tournament first team, after averaging 13.5 and 12.5 points per game, respectively. Marshall tallied her 13th career 20-point game on Sunday, while Harden led a historic Miami comeback against No. 4 Louisville, highlighted by a buzzer-beater to win the game.

The Hurricanes return to the Coral Gables, Fla., to await their postseason fate. The selection show for the 2022 NCAA Tournament will take place on Sunday, March 13, at 8 p.m.