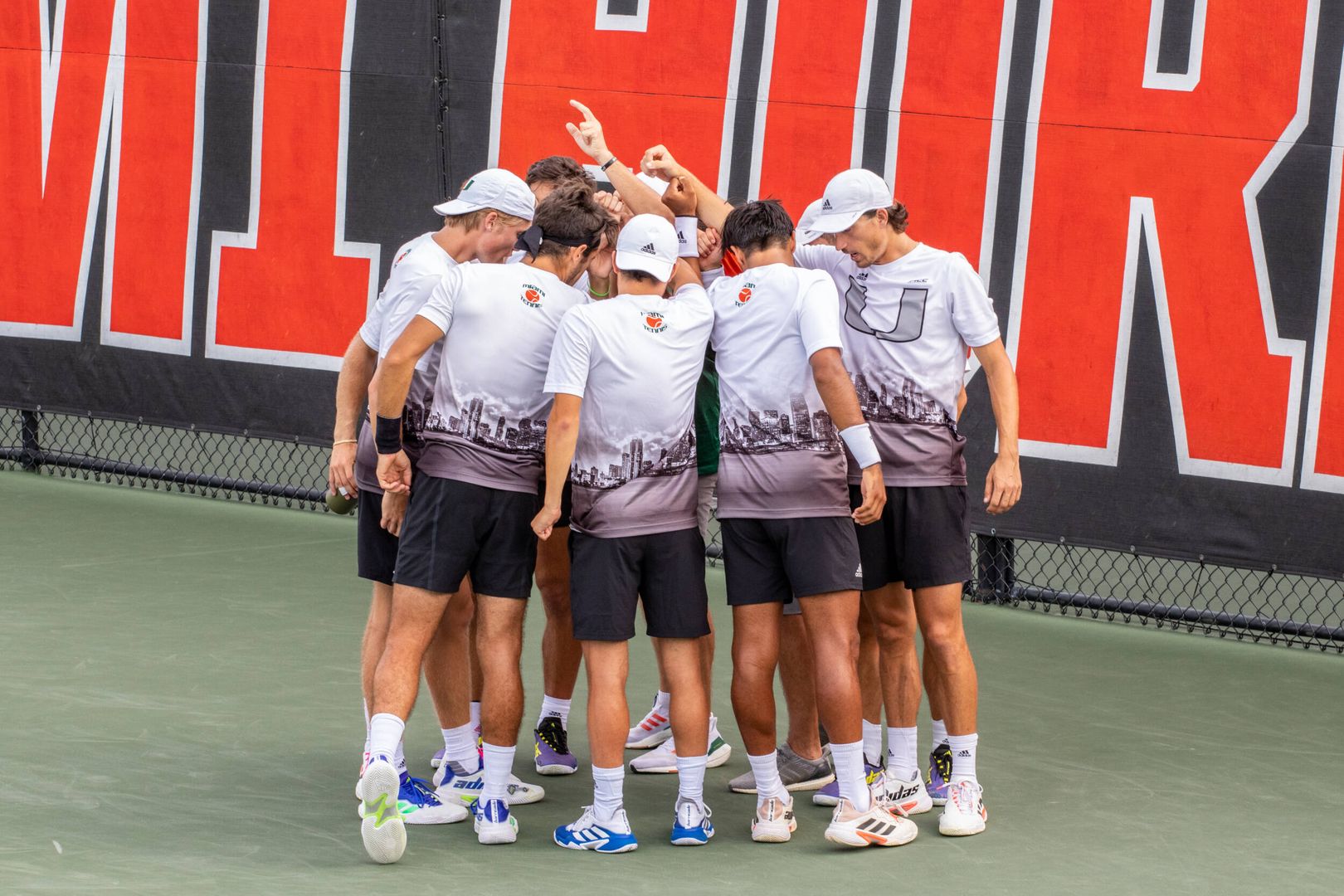 No. 21 Miami Falls Just Short of No. 7 Wake Forest

CORAL GABLES, Fla. – It was a top-25 showdown Friday evening at the Neil Schiff Tennis Center as the No. 21 Miami Hurricanes battled the No. 7 Wake Forest Demon Deacons to the final shot, with the latter eking out the win 4-3.

After fourth-years junior Juan Martin Jalif and Oren Vasser fell 2-6 to Wake Forest’s Eduardo Nava and Siddhant Banthia at second doubles, the other two courts went point for point, but ultimately Wake Forest came away with the doubles point.

Fourth-year junior Franco Aubone and fifth-year senior Benjamin Hannestad were one point away from clinching a tiebreaker win when graduate student Dan Martin and freshman Martin Katz faced a tough 7-6 (7-4) defeat to Filippo Moroni and Jakob Schnaitter on court three.

The intensity continued into the singles matches, but Wake Forest took a 2-0 lead when Katz falling to Schnaitter, 6-3, 6-2. Jalif tallied Miami’s first point in convincing fashion, defeating Taha Baadi in two sets at fifth singles, xx-xx. On court one, Martin downed  No.65 Jurabek Karimov 6-3, 6-2, to notch the second point for the Hurricanes and tie the match at two points apiece.

The last three matches were a fight to the finish, with Hannestad losing in three sets to Nava, 6-2, 4-6, 6-4. At second singles, fifth-year senior Bojan Jankulovski closed out his three-set victory over three hours after his match begun, winning 7-6 (7-5), 4-6, 6-1.

The deciding point game down to fourth singles, where Vasser clawed his way back from a down a set to win the second set, 7-5. The New Rochelle, N.Y., native could not complete the comeback however, falling in a hard-fought set three, 3-6.

The Hurricanes look to return to the win column on Sunday when they host another ACC Top-25 opponent in No. 20 NC State. The match is slated to begin at 1 p.m. at the Neil Schiff Tennis Center. The first fifty fans to arrive will receive free pizza and a raffle ticket for a match shirt.