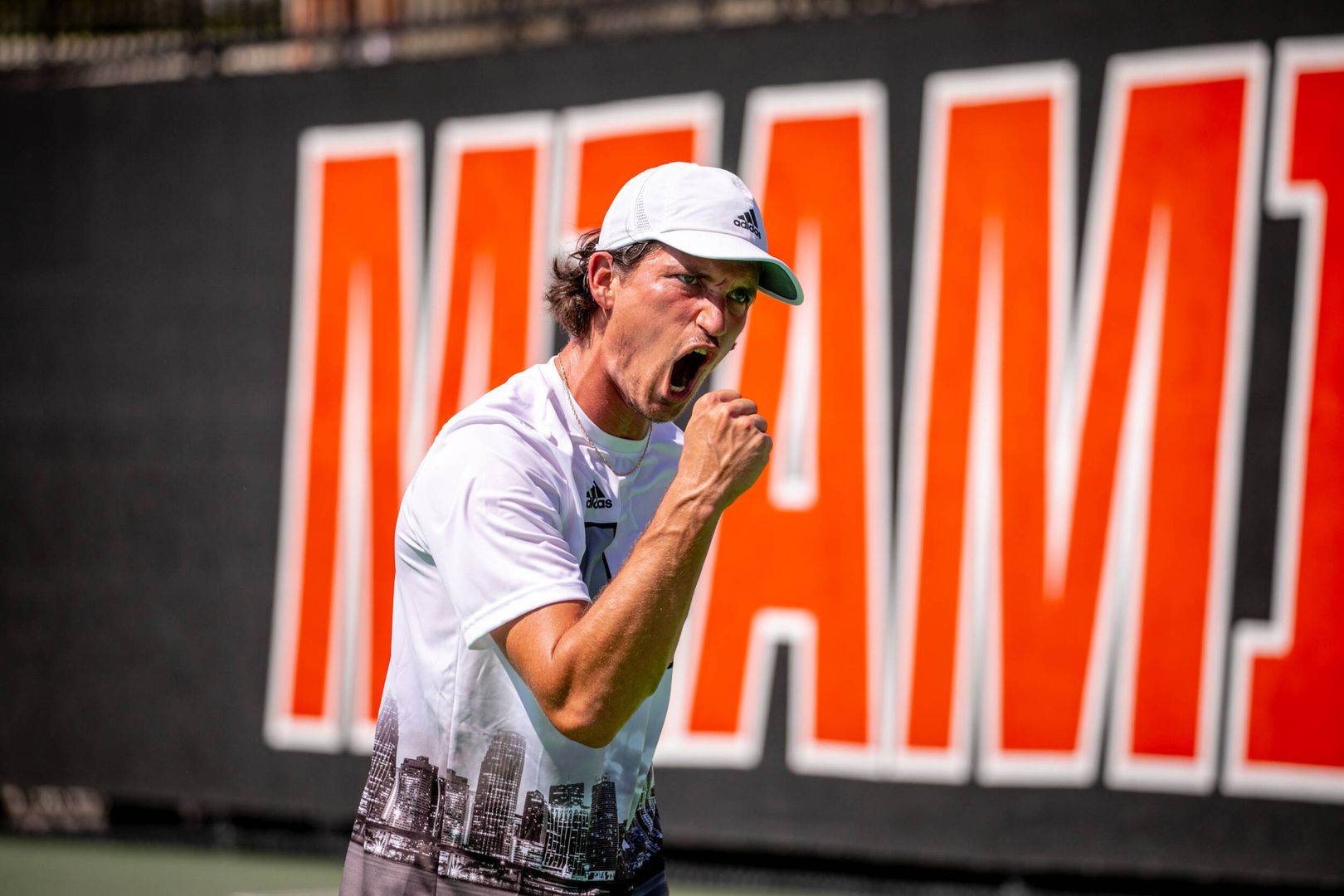 CORAL GABLES, Fla. – The University of Miami men’s tennis team returned to its winning ways on Friday, besting the Georgia State Panthers, 4-1, and the Mercer Bears, 6-1, in a doubleheader at the Neil Schiff Tennis Center.

On court three, Hannestad won in dominant fashion against Maughan, posting a 6-4, 6-3 victory. The final point was ultimately decided on court five as freshman Martin Katz downed Georgia State’s Patrick Lazo, 7-6 (6), 6-2, to give Miami its sixth victory of the season.

Fifth-year senior Bojan Jankulovksi trailed his opponent, 5-7, 4-4, and freshman Casper Christensen was tied 5-7, 6-2, at the time of clinching.

Miami carried its momentum into the afternoon match against Mercer (5-4), finding redemption in doubles play with a decisive doubles point victory.

No. 5 Aubone and Hannestad defeated Mercer’s Lucas Wayenburg and David Georgadze, 6-1, while Martin and Vasser swiftly clinched the doubles point for the Canes with a 6-2 tally against Andrew Branicki and Samuel Barrow.

The Hurricanes closed out the afternoon match in convincing fashion, with Aubone besting Barrow 6-2, 6-3 in two sets and Martin defeating Wayenburg, 6-2, 6-3 for his second win at first singles on the day.

To seal the win for Miami, Jankulovski defeated Georgadze on court two, 6-1, 6-2, pushing Miami’s win total to seven on the season.

Fourth-year junior Juan Martin Jalif went on to win his first singles match of the day, recording two 6-3 sets over Mercer’s Dan Flynn. The Miami freshman closed out the sweep for the Hurricanes, beginning with Katz who posted a 6-3, 6-3 win at fourth singles.

Christensen won the seventh and final point in a hard-fought match, dropping the first set, 6-7, to Mercer’s Marceau Fouilhoux. The Norway native rallied to win the second set 7-6 (2) and then closed out the 10-point tiebreak with a 10-7 win.

The Hurricanes are back in action at the Neil Schiff Tennis Center at 10am on February 25, facing off with the Florida Atlantic Owls.