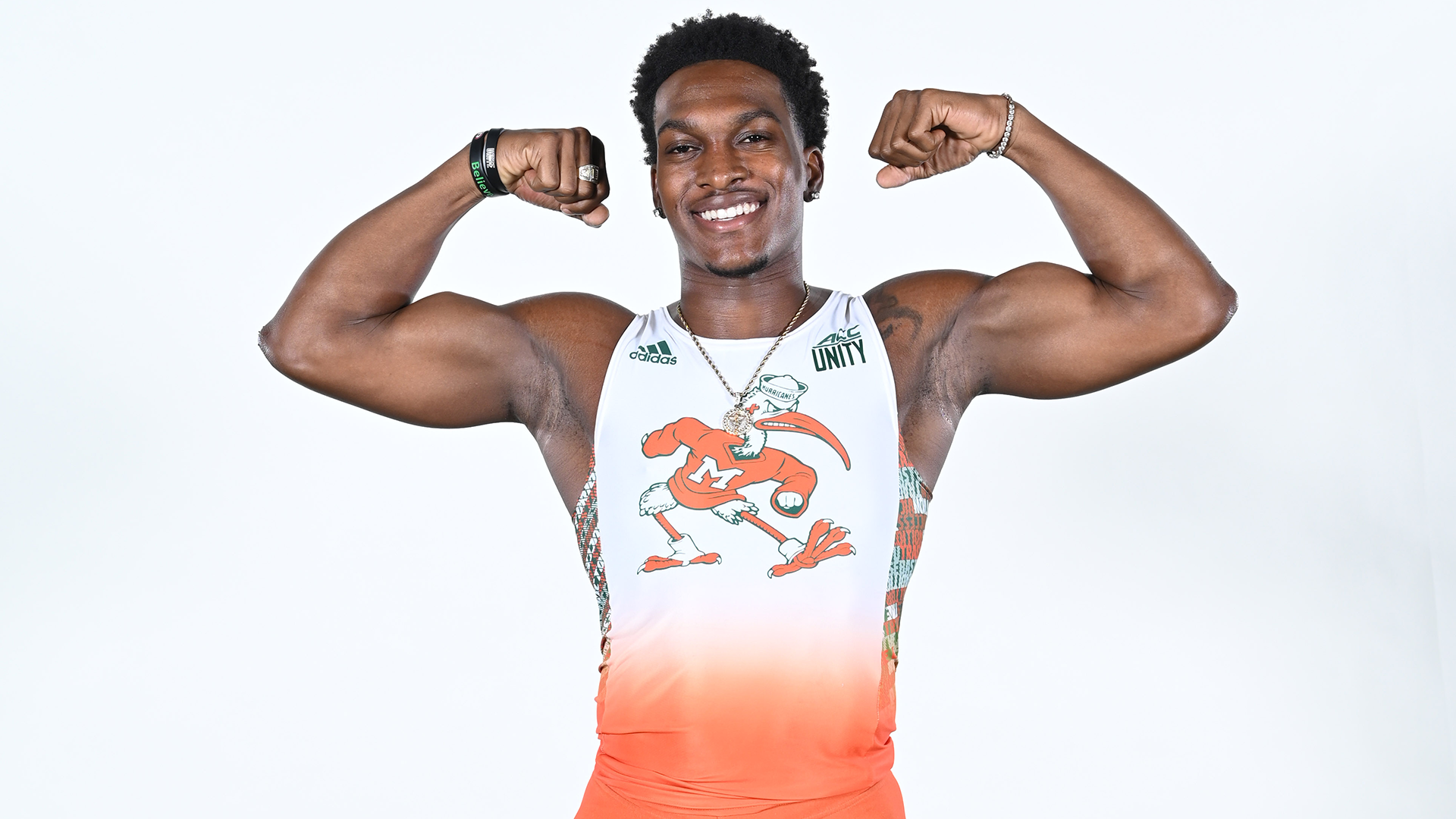 Stewart-Baynes crossed the finish line in 21.17 in the 200m to set a new all-time best mark in the school record book. The previous mark of 21.36 was set by Robert Thomas in 1987. He enters tomorrow’s second day in first place.

A duo of Canes, Solomon Strader and Davonte Fuller, head to day two in first and second, respectively, in the 400m. Strader ended the day ranked 19th in the NCAA this year in the event with a time of 47.72. Fuller followed suit just behind Strader in 48.60.

Three Miami runners – Daphnee Lavassas, Emma Langlois and Natalie Varela – all finished day one in the top-four in the mile. Lavassas set the new fifth best time in school history of 4:55.13 to lead the way. Langlois was just .13 seconds behind as she finished in 4:55.26. Varela rounded out the trio as she raced to a time of 5:00.68, a new PB.

After finishing first in the 60m prelims with a time of 7.34, Alfreda Steele crossed the finish line in 7.31 in the finals and took third. Teammate Jacious Sears joined Steele in the finals, placing just a spot back in 7.34.

The squad of Krystalann Bechard, Amaya Turner, Varela and Langlois capped off day one as the first 4x400m relay team to cross the finish line, posting a time of 3:53.20.

Kristina Rakocevic went home with the shot put open title with a throw of 13.82m. Fellow Hurricane Erikka Hill threw a mark of 15.88m in the weight throw open to tally second place.