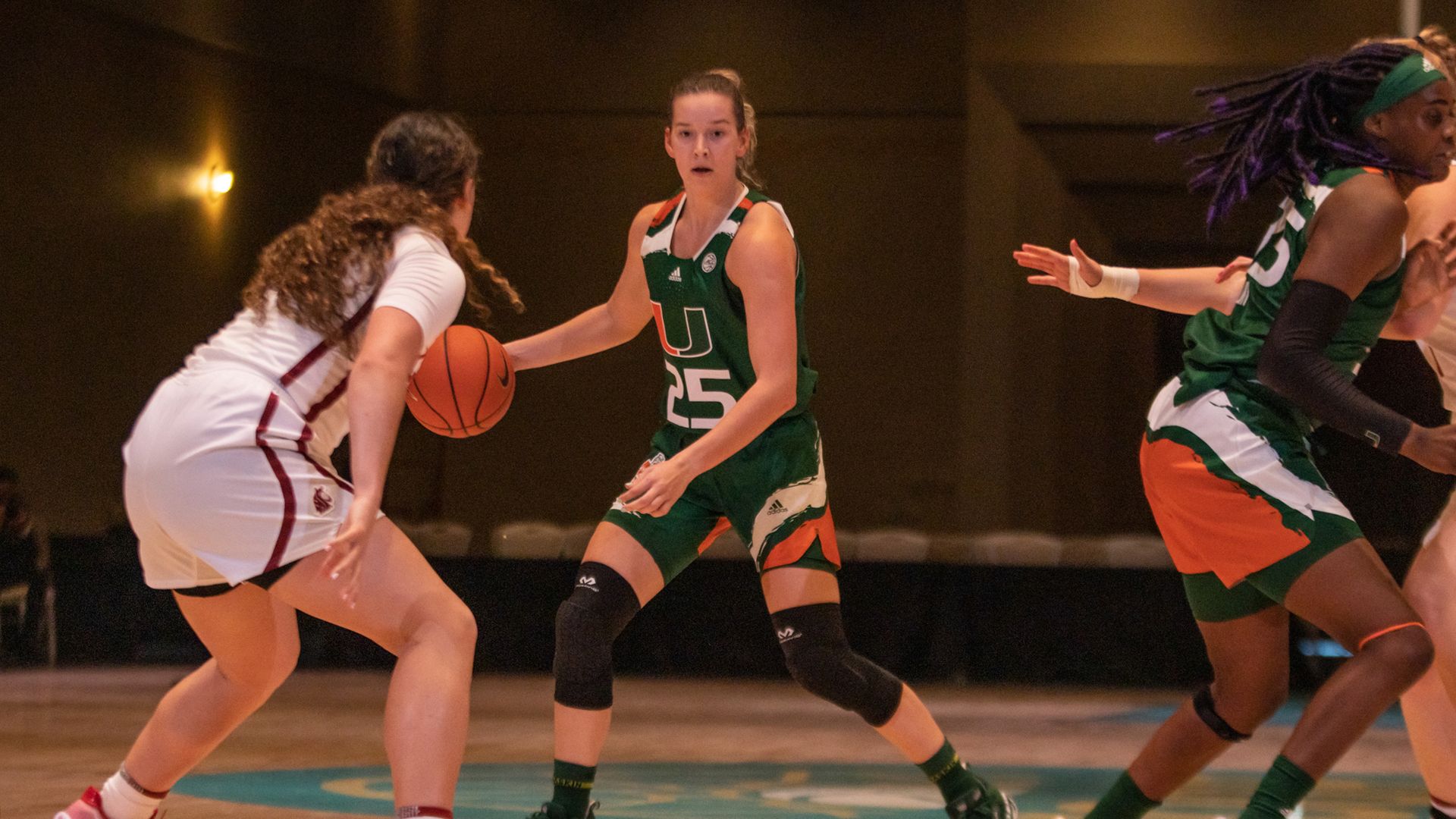 The Cougars came out hot in the first quarter on a 9-2 run. Miami found its offense after the media timeout, scoring six of the last 10 points in the frame to trail Washington State 18-9 after one.

It was all Canes in the second quarter as Miami held Washington State to just seven points on 20 percent shooting. The upperclassmen led the Canes on offense, accounting for 15 of Miami’s 16 points in the second. Miami finished the quarter on a 13-3 run to tie the game at 25 heading into halftime.

The Cougars dominated the third quarter outscoring the Canes 28-8 to take a 50-33 lead with 10 minutes to play. Miami battled in the fourth quarter, outscoring Washington State 14-12, but could not complete the comeback.

Miami looks to bounce back on Saturday when it takes on No. 4 Indiana in the final game of the Baha Mar Hoops event. Tipoff between the Canes and the Hoosiers is set for 8:30 p.m. at the Baha Mar Convention Center.

The Canes and the Hoosiers are knotted at two in the all-time series record with Indiana coming out on top last time the teas squared off (58-45, 2019). However, when playing at a neutral site venue, Miami is 1-0 against the Hoosiers.

This will be the first of two top-five opponents the Canes will face in the next week as Miami travels to take on No. 3 Maryland on Dec. 2 as part of the Big Ten/ACC Challenge.

Fans will be able to stream the game on FloHoops.