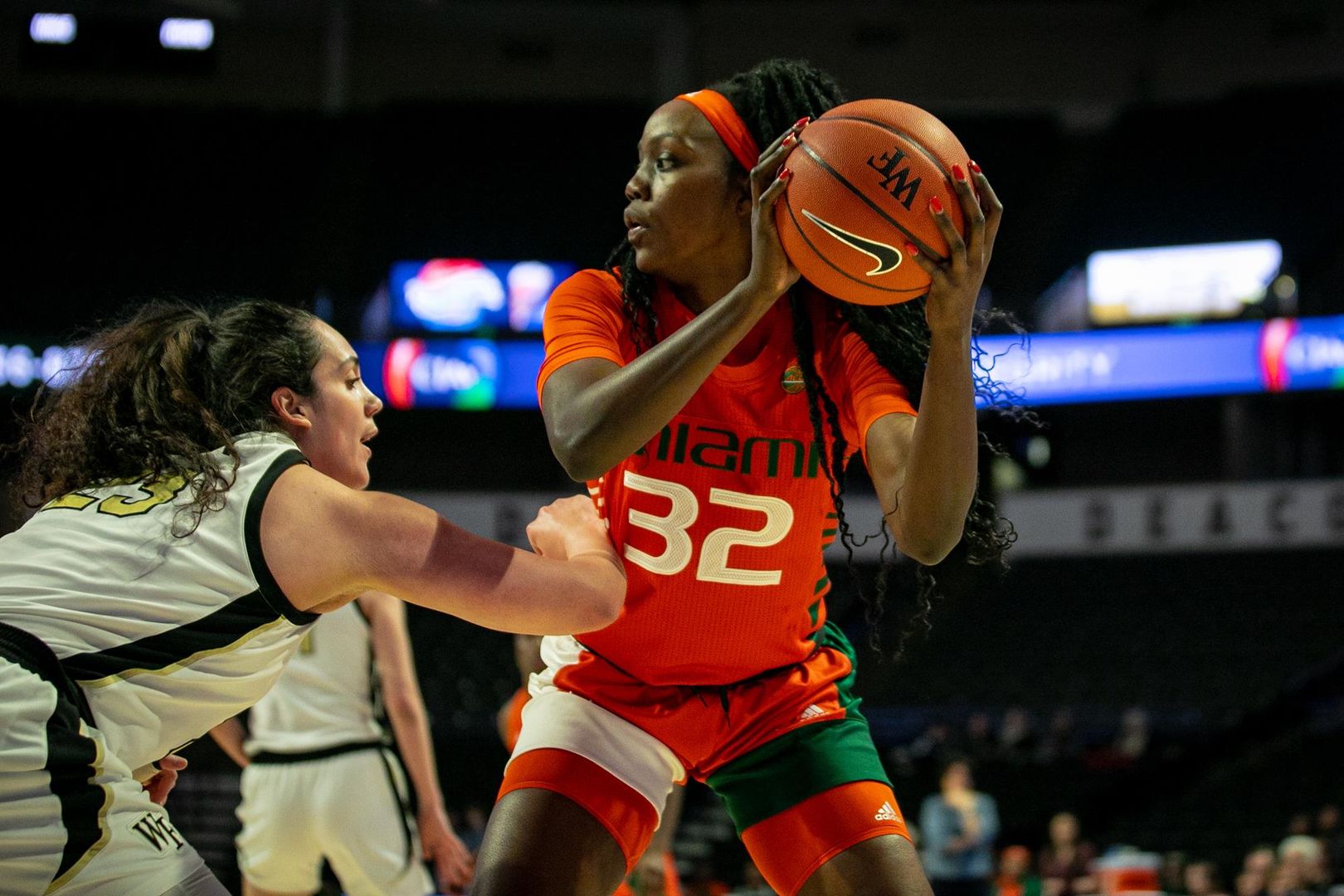 CORAL GABLES, Fla. – Miami will play its final game of the regular season on Sunday, hosting the Pittsburgh Panthers on Senior Day. The game is set to tipoff at 3 p.m. on ACC Network Extra. Fans can also listen to the game on WVUM 90.5.

Miami and Pittsburgh have met 31 times in program history dating back to the 1981-82 season. The Canes hold a 22-9 series advantage over the Panthers. When playing in Coral Gables, Miami boasts a 14-1 record against the Panthers, with the only loss coming in 1994 (59-53, Pitt).

The Canes have won five straight games against the Panthers and all five games have been double-digit victories. A season ago, Miami defeated Pittsburgh, 65-51, led by Beatrice Mompremier, who tallied 23 points and 13 rebounds in the game.

Miami will recognize its lone senior, Mompremier, prior to tipoff on Sunday afternoon. The Miami native joined the Canes in 2017-18 following two seasons at Baylor.

During her time at Miami, Mompremier has averaged 16.7 points and 11.7 rebounds per game. She is just six rebounds shy of 1,000 boards in her career and will become the 13th active player in Division I women’s basketball to reach 1,000 points and 1,000 rebounds.

Pittsburgh sits at 4-24 overall this season with a 1-17 mark in ACC play. The Panthers only conference win of the season came at the end of January when Pitt defeated Wake Forest, 53-48. The Panthers ride an eight-game losing streak into Sunday’s game and are 0-11 on the road.