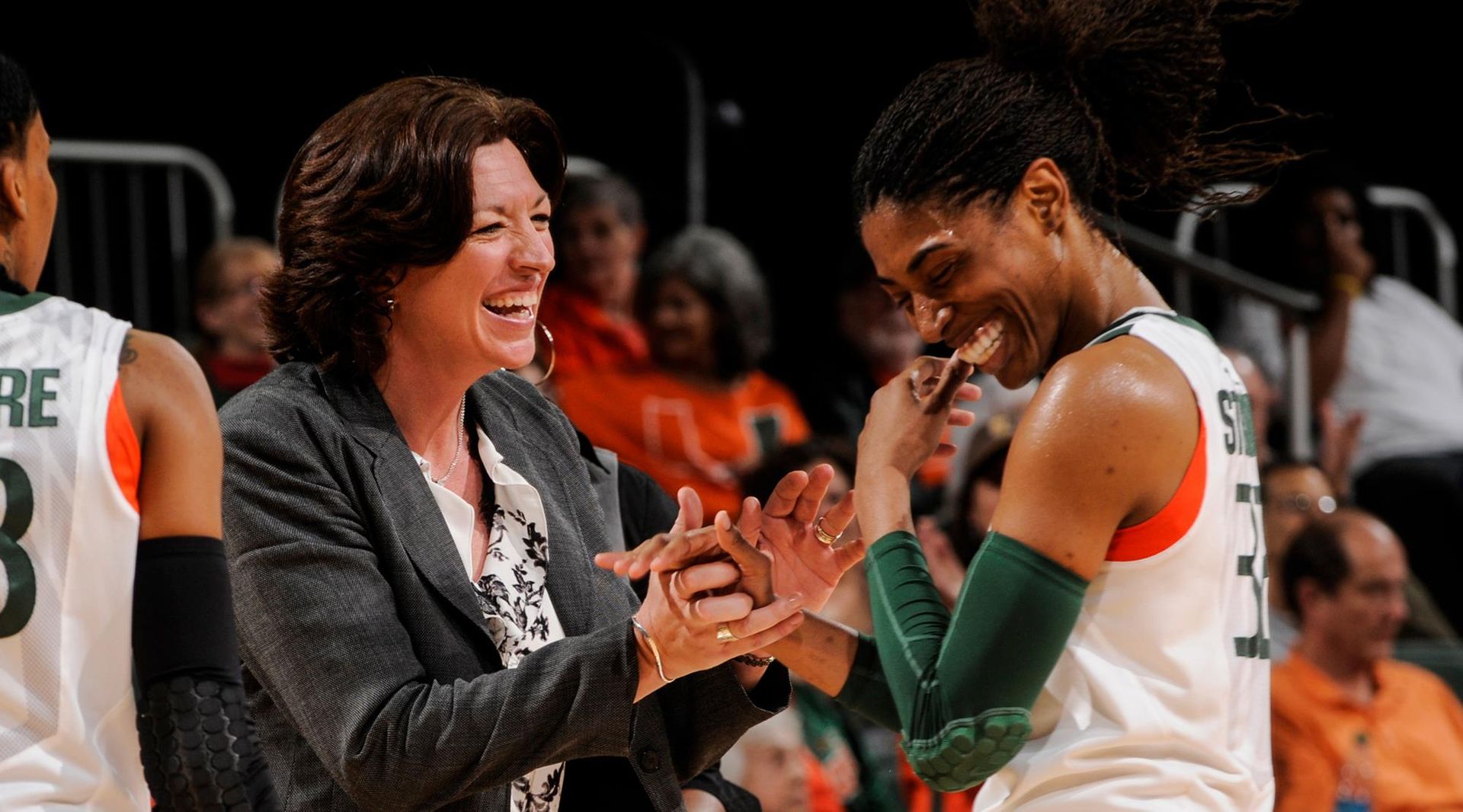 “Morgan is one of the most reliable players that I have ever coached,” Meier said. “I know that she will make my program better. Anytime Stroman was on the team, that team won. She rolls up her sleeves, goes to work and finds a way, and I hope that that rubs off on this team.”

Stroman joins the Canes after spending the last six seasons playing professional basketball overseas. The 2013 graduate spent time with clubs in Spain, Finland, the Netherlands and, most recently, with Cluj Napoca in Romania.

A native of Hopkins, S.C., Stroman played at Miami from 2009 to 2013. She was part of three NCAA Tournament teams and helped the Canes to a 2010 Atlantic Coast Conference regular season co-championship.

Stroman finished her collegiate career averaging 11.4 points and 7.4 rebounds per game. She ranks 13th in program history in career points (1,371) and sixth in made free throws (403). During her time at Miami, Stroman aided the Hurricanes to four 20-win seasons and a 97-36 record across those four years.

“It is an amazing opportunity to be back with the UM family,” Stroman said. “I really appreciate Coach Meier for bringing me back and showing me the ropes on the other side of the court.”