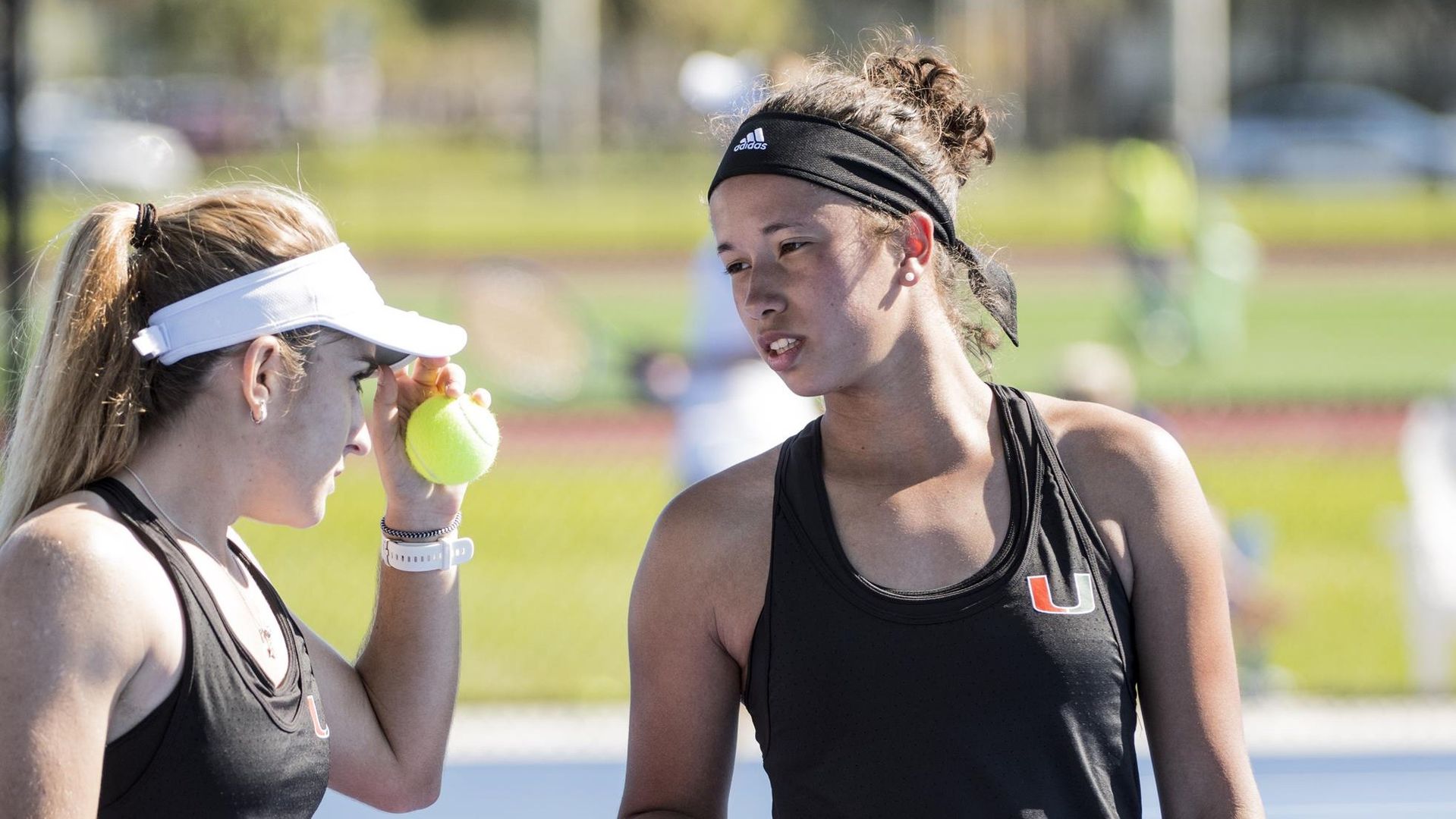 The day opened with singles action featuring Achong, ranked No. 80 nationally. She took on No. 12-seeded Daria Frayman of Princeton, ranked ninth in the Oracle/ITA newcomer list, and dropped a 3-6, 3-6 decision.

“Daevenia is a talented young player who needs to continue to build her confidence around her efficiency at practice,” Miami associate head coach Laura Vallverdu said. “She has the will to do it. Now, she just has to execute and make the decision to keep growing.”

Achong returned to the court in the afternoon for doubles play, joining Perez-Somarriba. The duo, ranked No. 33 and seeded third, cruised to an 8-2 victory over Oral Roberts’ Aliksandra Lebedeva and Reagan Miley.

The pair resumed play in the evening against Jaeda Daniel and Adriana Reami of NC State, finishing on the short end of a 2-8 result, ending their run in Tulsa.

“Doubles [in the second match] today was about NC State having the edge over us in many scenarios, both during service and return games,” Vallverdu said. “Our decisions and our preparation before every match and every point need to be 100 percent more proactive. That is a mindset and that mindset is acquired in practice.”

Achong will be back in action Tuesday at 9:30 a.m. ET in consolation draw competition for a matchup against No. 65 Sara Nayar of Colorado.