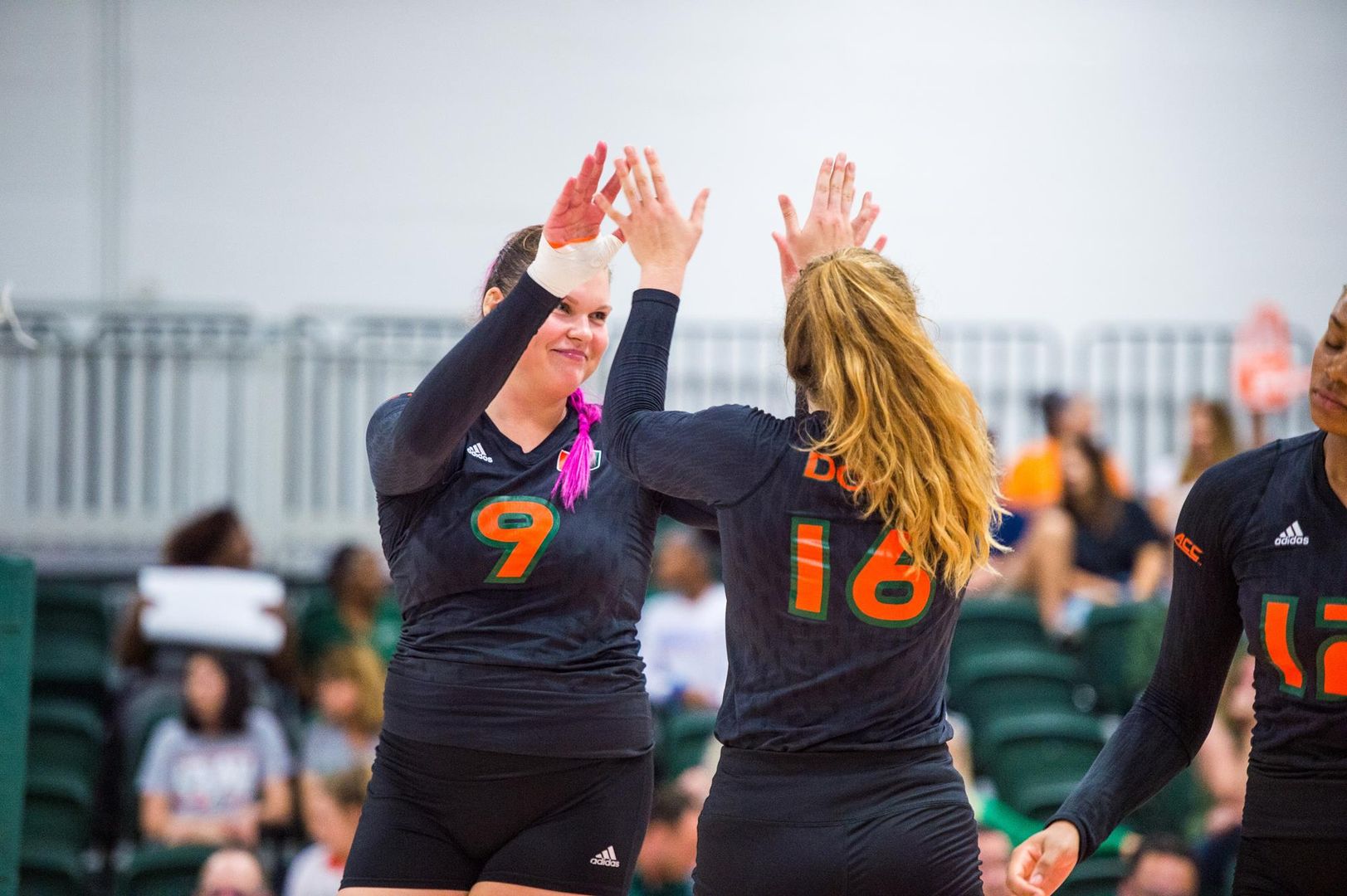 Lukianova Hits Career High in Loss to No. 4 Pitt

CORAL GABLES, Fla. – Despite an incredible offensive outing by outside hitter Elizaveta Lukianova, the University of Miami volleyball team dropped its first ACC match of the season.

Despite dropping the match, Miami held its own against the Panthers, who have only lost one match this season. Pitt snapped Miami’s four-match win streak on Friday night, but boasted nine team blocks.

Miami staved off at least two set points in the first two sets. Lukianova went a perfect 4-for-4 in the first, leading the Canes in kills. Freshman Savannah Vach started the match strong with 13 of her 34 assists. Fighting off two set points, Miami couldn’t hold the Panthers off as Stephanie Williams registered the set point off her fourth kill. Pitt took the set, 26-24.

The Canes were solid on defense in the second, registering six team blocks to Pitt’s three. Lukianova notched five more kills in the second, while Kalaniuvalu added four and Kennedy Prince with three. Redshirt junior Madison Dill was a nuisance on defense, tallying all four of her block assists in the second. Miami staved off four set points, but Pitt took the 2-0 lead with a 25-23 set win.

Pitt ultimately took the match with the 25-17 third-set win, converting 14 kills of 33 attacks. Miami registered just 10 kills in the final set, hitting its lowest attack percentage of the match at .094.

Miami hosts Virginia on Sunday at 1 p.m. Virginia comes to Coral Gables with a 9-7 overall record and is 1-2 in ACC after dropping its match to Florida State on Friday, 3-1.