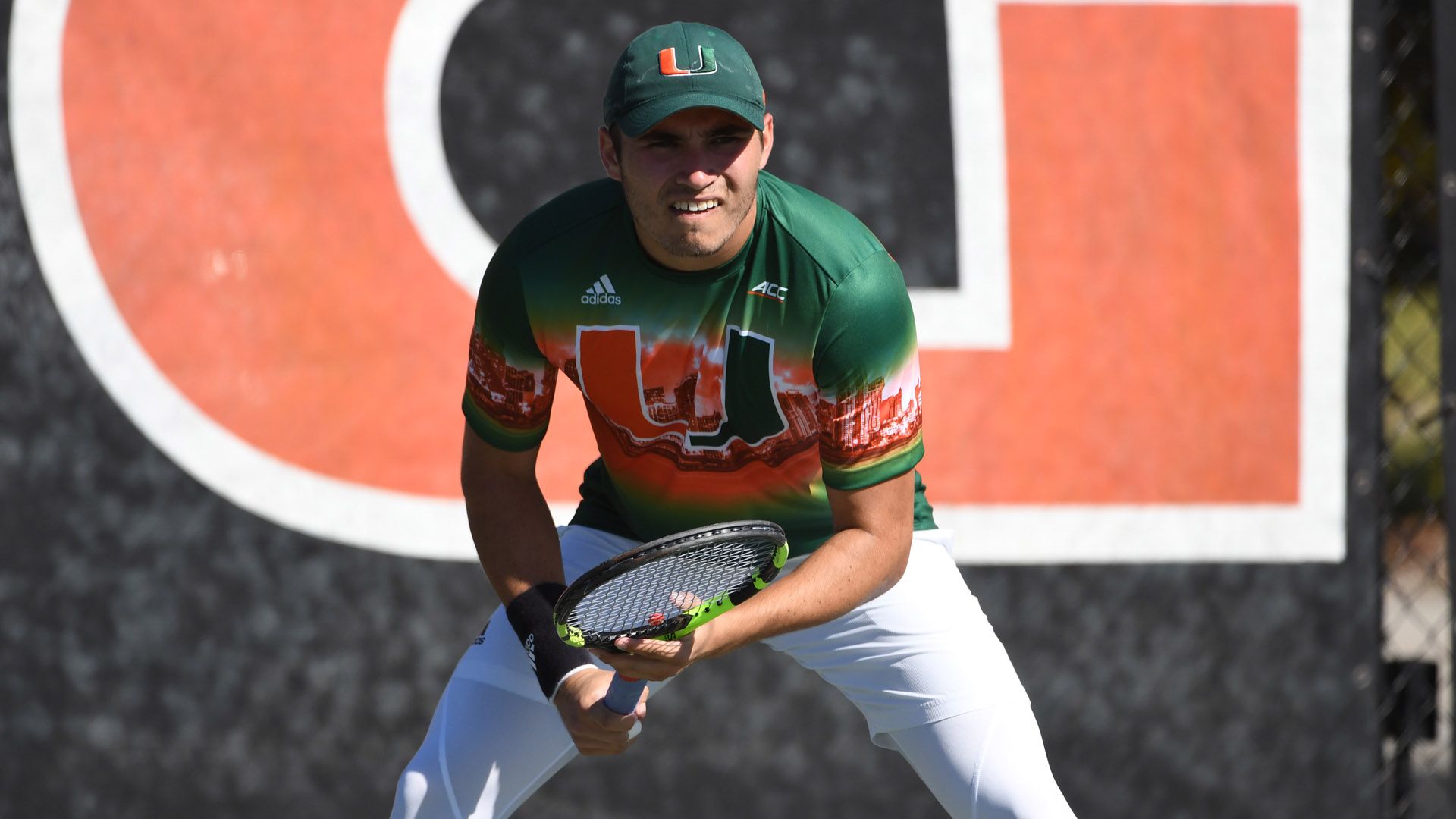 In similar fashion to Tuesday morning’s contest against UNCW, Miami (11-4, 3-0 ACC) got the evening started off on the right foot, with redshirt junior Dane Dunlap and junior Stephen Madonia topping J.P. Avila and Max Harternstein, 6-3.

Competing on court 3, freshmen Franco Aubone and Francisco Bastias improved to 6-0 this spring as a tandem, topping Ethan Kolsky and Max Stehling, 6-3.

Sophomores Adria Soriano Barrera and Tatsuki Shimamoto held a 6-5 advantage at No. 1 doubles, when the advantageous point was clinched.

No. 19 Soriano Barrera was the first to take care of business in singles action, with a dominating 6-3, 6-2 victory over Lu.

Competing on court 4, Aubone found himself in an early 0-3 hole against Stehling. The freshman quickly rebounded winning 13 of the final 16 games to clinch the match for Miami, 7-5, 6-1.

Two matches remained unfinished, with sophomore Bojan Jankulovski holding a 6-4, 4-3 advantage on court 3 against Pete Siozios, while Shimamoto looked to mount a comeback, up 3-1 in the second after dropping a first-set tiebreaker, 6-7 (4-7).

Miami will return to ACC competition on Friday when it hosts No. 13 Notre Dame at 1 p.m. The match is set to be broadcast on ACC Network Extra.