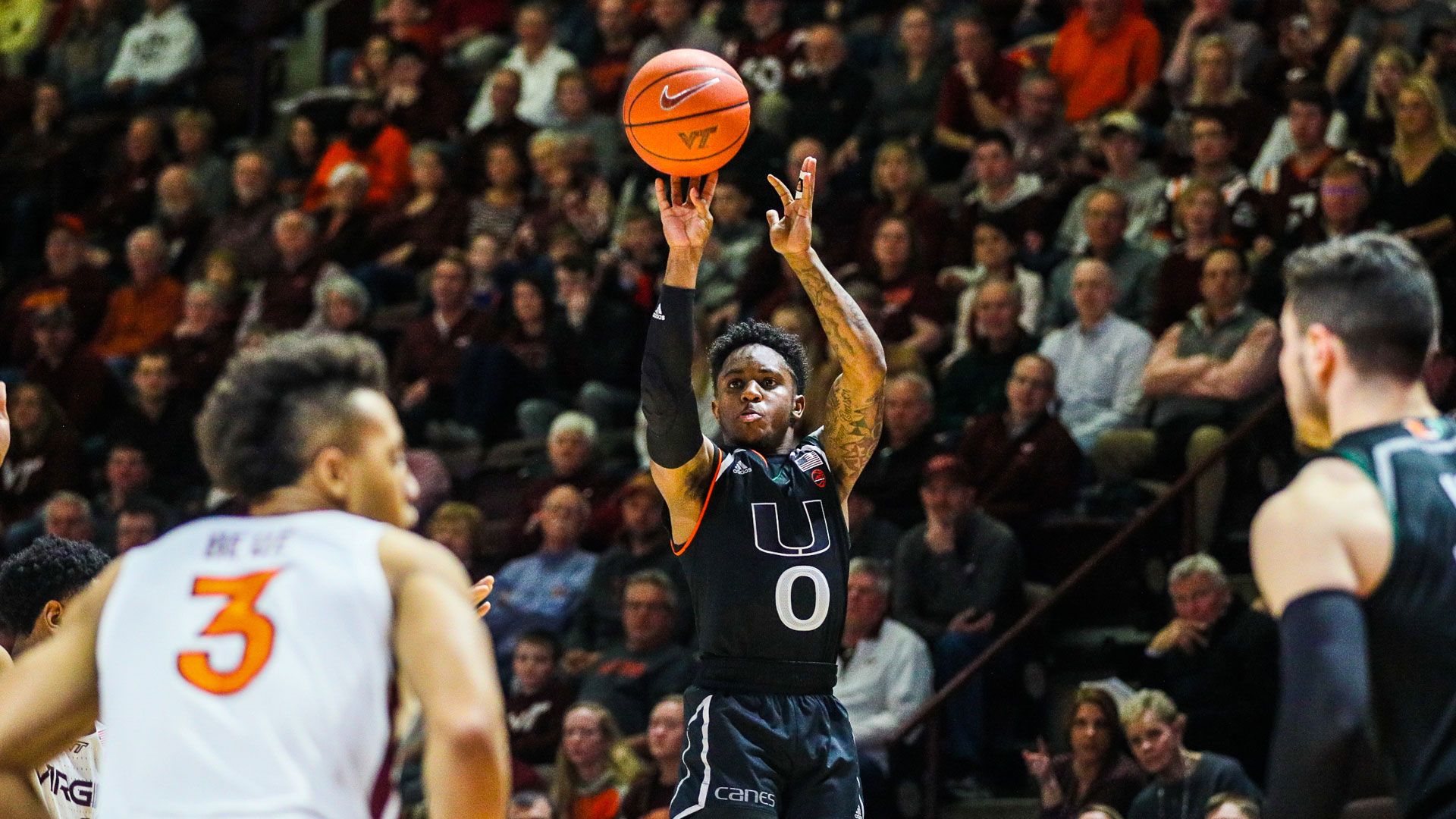 BLACKSBURG, Va. – The University of Miami men’s basketball team lost at No. 15 Virginia Tech, 84-70, Friday evening in the teams’ regular-season finale in front of a sellout crowd at Cassell Coliseum. Chris Lykes led Miami with 16 points and a career-high nine assists. Anthony Lawrence recorded his fourth double-double in the last five games with 15 points and 11 rebounds.

Miami hit seven of its first eight shots in bolting to an early 16-8 advantage. From there, the Hokies tightened the clamps on defense, holding the Hurricanes to two field goals over the next 13 minutes while out-scoring UM 35-8 for a 43-24 lead. The Canes hit their final three field-goal attempts to go into the break down 14, 45-31. The Hokies hit 9-of-15 3-pointers in the half and parlayed seven UM first-half turnovers into 16 points.

Game Notes
• Anthony Lawrence II played in his 128th career game, seventh most in program history.
• Lawrence scored 15 points. The 39th player in program history to reach 1,000 career points, he now has 1,019 career points.
• Lawrence recorded his eighth career double-double, including his sixth this season and fourth in the last five games.
• Chris Lykes scored 16 points, reaching double figures for the 25th time in 30 games this season.
• Lykes has scored 16 or more points in 19 games this season.
• Lykes recorded a career-high nine assists and matched his career high in steals (3).
• Playing in his 133rd career game, Zach Johnson scored 14 points and now has 1,706 career points (1,344 at Florida Gulf Coast, 362 at Miami).