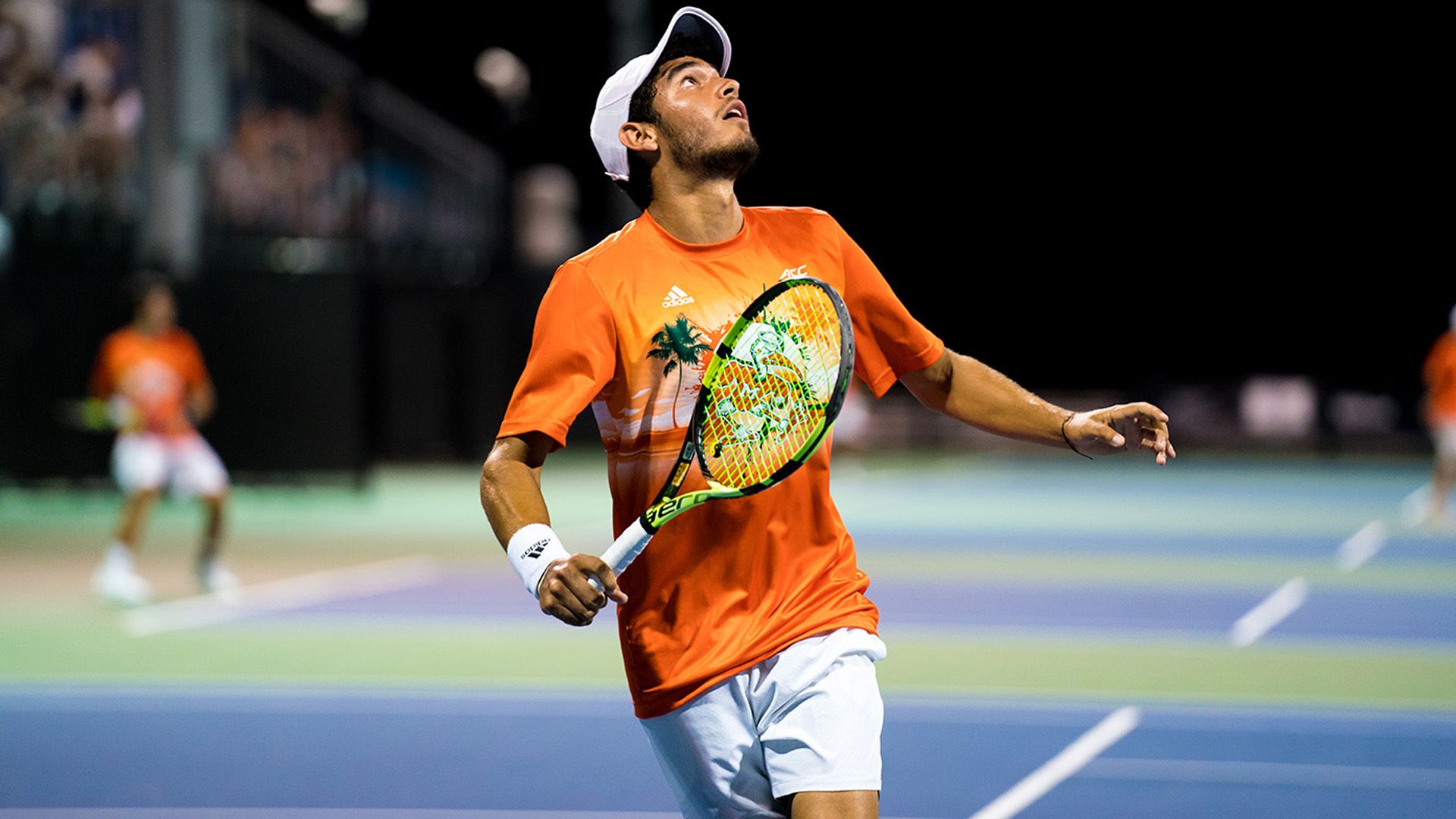 ORLANDO, Fla. – Squaring off against UCF at the USTA National Campus as part of the College MatchDay Series, the University of Miami men’s tennis team fell to the Knights, 0-4, Sunday night, dropping to 8-4 (2-0 ACC) on the season.

“Tough, tough loss,” Miami head coach Aljosa Piric said. “It was an incredible atmosphere and an incredible college tennis match. With over 1,500 people [in the stands], it definitely felt like a home crowd for UCF. It was a great experience, but we just couldn’t get anything on the board.”

Competing at No. 1 doubles, sophomores Adria Soriano Barrera and Tatsuki Shimamoto came up short against Trey Hilderbrand and Bogdan Pavel, 4-6.

Following the clinching of the double point, action on court 3 was halted with UCF’s Alan Rubio and Mikhail Sokoloskiy holding a 5-2 advantage over freshmen Franco Aubone and Francisco Bastias.

“In doubles, we were a little big-eyed, and we never responded once UCF got on top of us,” Piric said.

In singles action, the Knights doubled their lead when Pavel picked up a 6-2, 6-3 victory over Bastias on court 2.

Competing on court 4, Grassi Mazzuchi picked up a 6-4 win in the opening set, before Dunlap quickly bounced back in the second, 6-1. In the third, Dunlap jumped out to a 4-2 lead; however Grassi Mazzuchi claimed each of the final four games to clinch the victory for the Knights, 6-4, 1-6, 6-4.

The remaining three matches remained unfinished, with the Knights holding the advantage on court 3, while the other two courts were all tied up.

Meanwhile, entering the match holding a perfect 7-0 mark this spring, sophomore William Grattan-Smith was tied through a pair of sets, 7-5, 3-6, against Sokolovskiy.

“In singles, we actually were playing hard and competing well, but, unfortunately, we just weren’t able to put any points on the board,” Piric said. “We had opportunities on court 5, opportunities on court 1; Boki was in his match [on court 3], Will was up a set and Dane was up a break. We just had a lot of opportunities that we couldn’t really capitalize on. And that is what the good teams do, they make you play under pressure at the most critical of times. And credit to UCF, they played a little bit better [in those situations]. We have to continue to keep getting better and we have to mature. We will learn from this and we are going to come back and try to correct some of these things before next weekend against Florida State.”

The Hurricanes will look to rebound next Sunday at 5 p.m. when they return to the USTA National Campus and its Collegiate Center for a neutral-site contest against No. 21 Florida State.