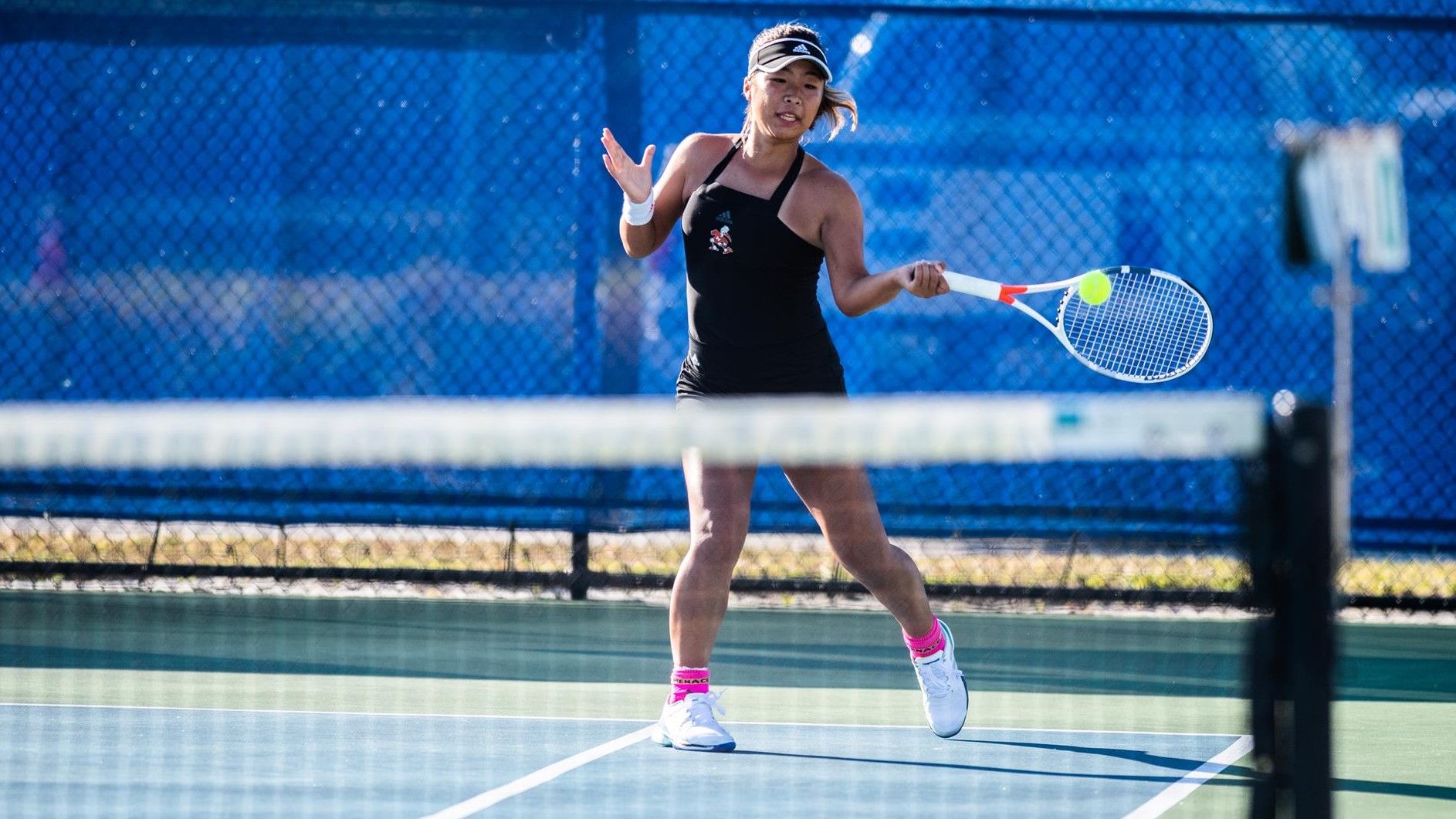 FORT MYERS, Fla. – The University of Miami women’s tennis team recorded its second win of the day Saturday evening at the FGCU Tennis Complex, logging a 6-1 triumph over Cornell.

For No. 17 Miami (3-0), its third victory in a span of two days came via an impressive all-around performance in its first meeting against the Big Red.

Playing at the top spot for the first time as a pair, freshman Daevenia Achong and junior Estela Perez-Somarriba got Miami off to a strong start in doubles with a 6-1 defeat of Maria Adiaconitei and Mariko Iinuma.

The No. 51-ranked duo of junior Yuna Ito and sophomore Ulyana Shirokova then clinched the doubles with a 6-3 victory over Sarah Campbell and Valerie Ho.

When play was halted, freshman Carla Girbau, in her dual match doubles debut, and senior Ana Madcur held a 5-2 lead on Katherine Nguyen and Khary Pryce.

Achong continued her impressive play into singles, making quick work of Adiaconitei in a 6-1, 6-0 decision to double the Hurricanes’ advantage over Cornell (0-2).

Freshman Lucia Marzal, in the first dual match action of her young career, followed suit soon after with a 6-1, 6-1 win against Ana Elhom. Ito then clinched the match for Miami by defeating Iinuma, 6-3, 6-3.

The final three matches were all played out, with Cornell registering its lone point of the day in the next contest to finish. Senior Daniella Roldan, ranked No. 82 and making her first appearance at the top spot for Miami, dropped a narrow 6-4, 3-6, 0-1 (8-10) decision to Nguyen.

Miami resumes competition Jan. 26 at 3 p.m. ET when it takes on No. 22 Tulsa in its ITA Kick-Off Weekend opener in Evanston, Ill.