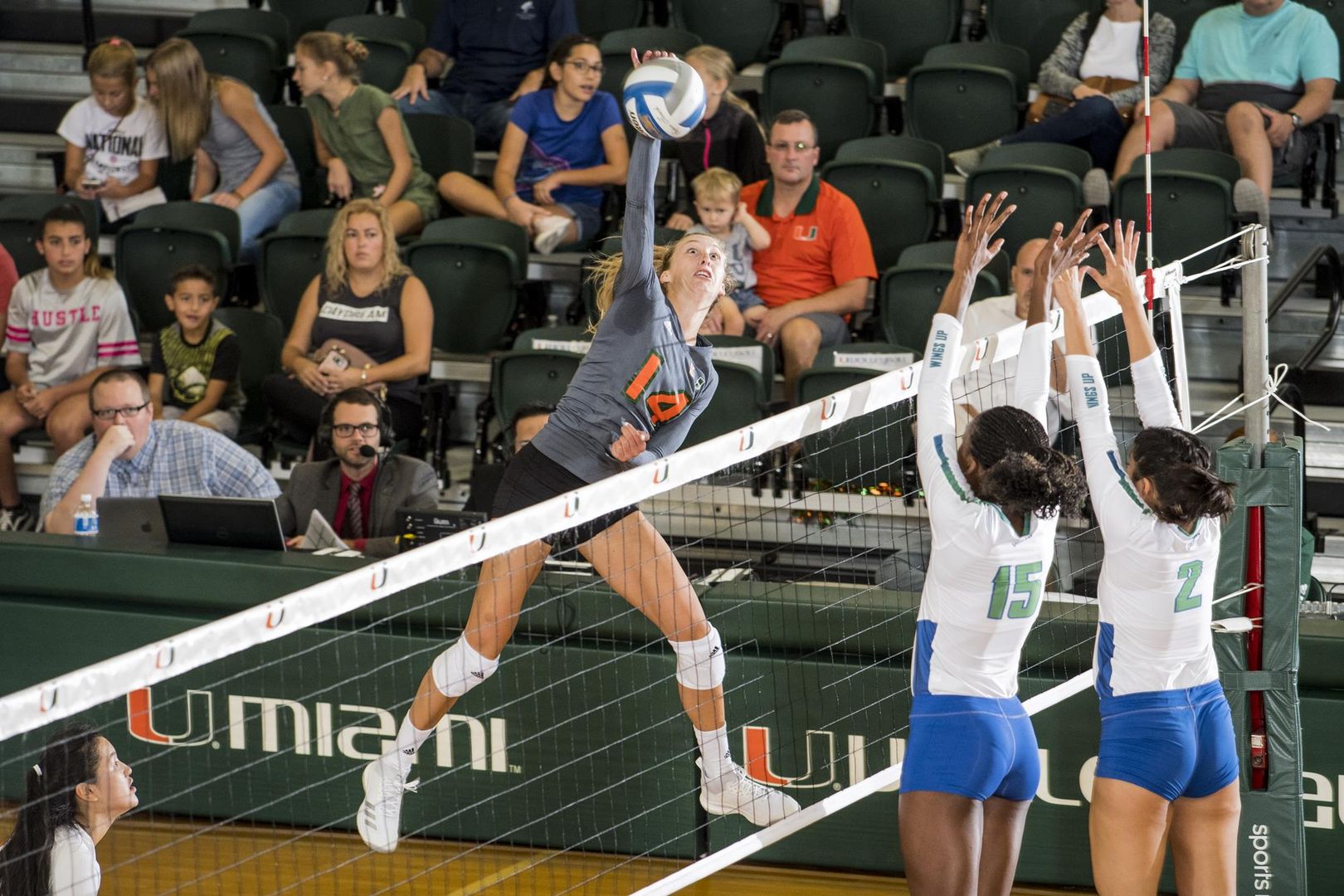 “The ACC is always tough and we never take it for granted,” head coach Jose “Keno” Gandara said. “We were ready to play especially after last weekend. We maintained a high level of competition tonight, but there are some things we’ll have to clean up before Sunday.”

The Canes got off to a quick start in the first set with three kills and a service ace to take a 4-0 lead. Miami took advantage of the Demon Deacons six errors and held them to .000 hitting percentage. Senior Kolby Bird and redshirt junior Elizaveta Lukianova led the Canes with four kills each, while three Canes had one service ace each in the first.

“We were just concerned with our play but took advantage of our opportunities,” Gandara said. “We focused on our serving and our defense and it paid off.”

Miami took another early lead in the second where freshman Emily Damon had three service aces to help Miami take a 6-0 lead, tying a career high in service aces. The Canes produced a season-best 14 service aces against the Demon Deacons, with both Haley Templeton and Bird producing season highs in aces with four and three, respectively.

The Demon Deacons battled in the third, keeping the set close at 6-6, but the Canes took the next six points and ultimately the final set, 25-14. It marked the second consecutive match Miami held its opponent under 20 points in all three sets.

Freshman Chloe Brown, Bird and Lukianova all had 10 kills in the opening ACC match, where the Canes recorded 37 total kills and finished with a .341 hitting percentage. Templeton directed the offense in yet another impressive performance with 30 assists, three kills and five digs.

“Haley did a nice job distributing the ball to get everyone involved,” Gandara said. “Our outside hitters had a really nice game, all with double-digit kills, and when a team does that, they’re going to be hard to beat.”

The Canes welcome Duke on Sunday at 2 p.m. for their second ACC match of the season. Duke travels to Coral Gables after losing their opening ACC match to Florida State, 3-0.