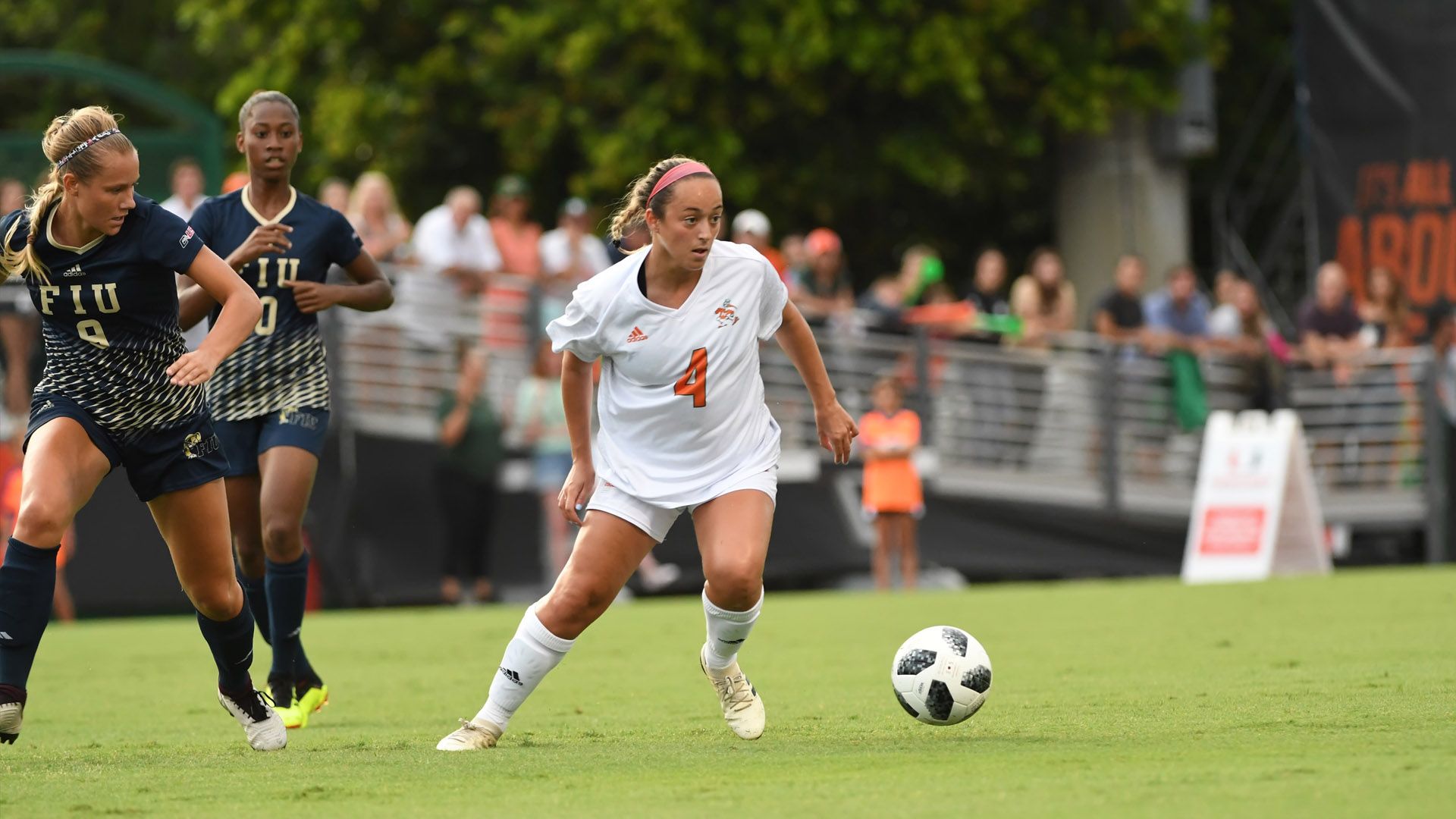 Sunday’s contest will be streamed live on ESPN+ and can be found HERE, while live stats for the action are available HERE.

Sunday afternoon’s matchup will mark the 12th time the Canes have faced the Hatters, with Miami leading the overall series 10-1-0. The Hurricanes currently hold a five-match winning streak in the series, most recently defeating Stetson, 3-0, when the teams last met Aug. 21, 2016.

A total of eight current Hurricanes saw action in the 2016 match, with redshirt senior goalkeeper Phallon Tullis-Joyce, senior defender Maisie Baker and junior midfielder Kristina Fisher notching starts. With a team-high four points in the match, Fisher registered the opening goal of the match in the 16th minute, and assisted on both UM goals in the second half. In goal, Tullis-Joyce made a quartet of saves in the contest and logged a full 90 minutes in the shutout.

The Canes enter Thursday’s affair with a 3-3-1 record on the season. First-year head coach Sarah Barnes’ side has outscored its opponents by a 7-1 margin in the first half, with the lone opposing goal coming in the second minute of the season opener against Florida Atlantic.

Stetson (3-3-1) will return to its home pitch after falling at LSU Thursday night, 2-0. Hatters goalkeeper Emily Plotz made a season-high nine saves, but Stetson could not muster much offense against the Tigers. Overall, Stetson’s defense has allowed just two goals in the last 311 minutes of play, as Plotz leads all ASUN goalkeepers with 40 saves on the year.

After facing Stetson, the Hurricanes will open ACC action Friday at 5 p.m. against Clemson at Historic Riggs Field in Clemson, S.C.