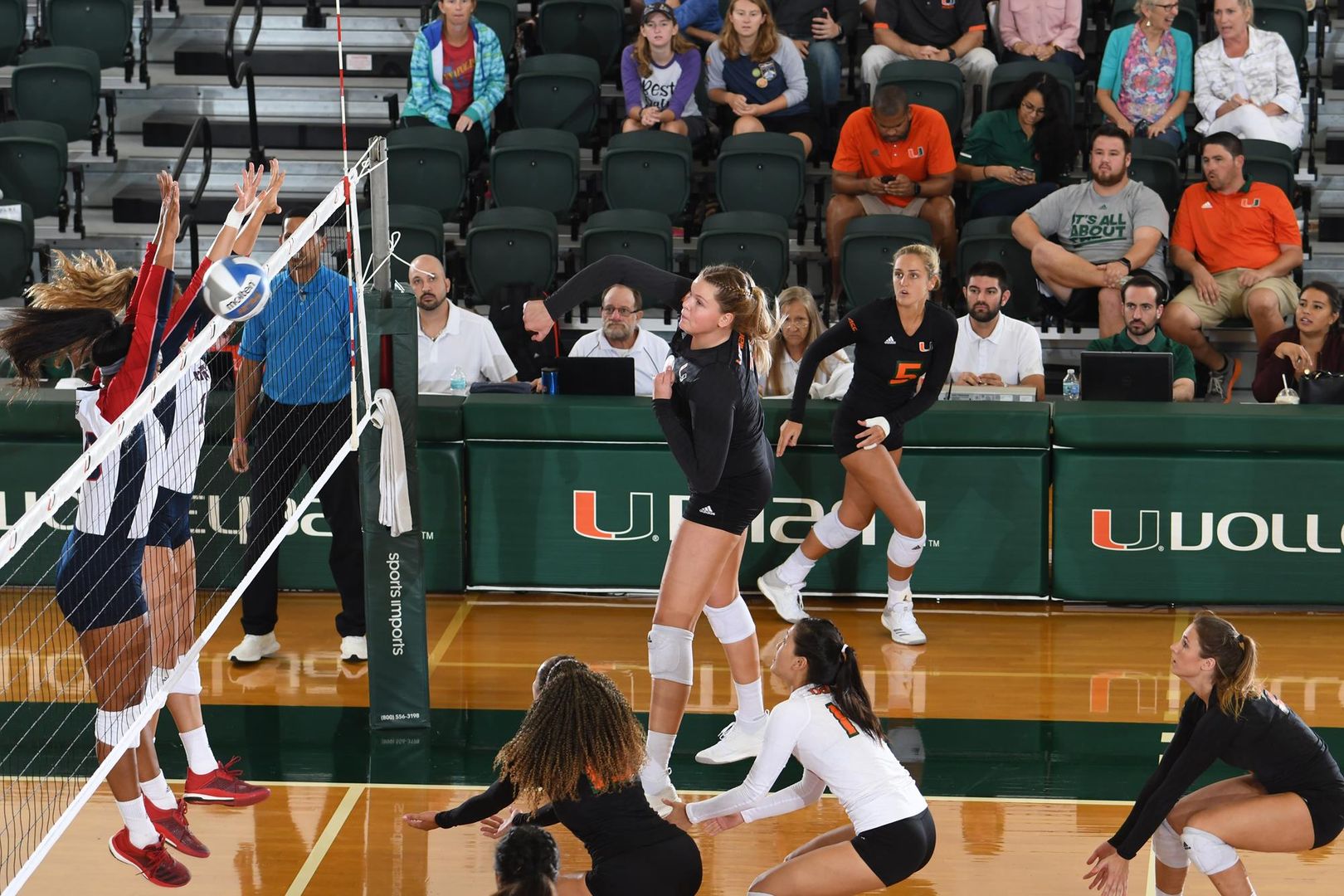 CORAL GABLES, Fla. – The University of Miami volleyball program fell to FGCU, 3-0, on Saturday morning at the Sunshine State Challenge.

“We played another tough team and I think they did a great job of scouting us,” head coach Jose “Keno” Gandara said. “It became an outside hitter battle and they did a good job and we need to do a better job of defending,”

The Canes’ outside hitters tallied 26 of the 33 kills Saturday morning. Senior Kolby Bird had a team-leading 11 kills, tying her kills total from Friday night’s match against FAU. Redshirt sophomore Elizaveta Lukianova continued to have a great start to the season recording 10 kills against the Eagles and led the team with a .273 attack percentage.

The Eagles jumped out to a 21-13 lead in the first set but the Canes’ rally fell short despite Bird, Lukianova and Bridget Wallenberger each having three kills.

Freshman Chloe Brown added five more kills to her name, including five digs and three assists after a standout debut in day one of the tournament. Four freshmen Canes; Brown, Emily Damon, Maddie Naumann and Maya Sullivan appeared in Saturday morning’s match and continued to show composure early on in their collegiate careers.

“They won’t take long to adapt to the game and they’ll learn very quickly,” Gandara said. “It’s going to be a ride until they get settled but they’re going to be good.”

The third set showed great resiliency from the Canes who took an early 8-4 lead thanks to two service aces by Miami and three kills by three different Canes. The Eagles late effort tied the set at 20 and ultimately took the set, 25-22, to defeat the Canes.

Miami will face UCF tonight at 7:30 p.m., in the final match of the Sunshine State Challenge. UCF plays FAU at 1:30 p.m., and enters the match with a 1-0 record after defeating FGCU yesterday, 3-0.

“I think we can defend better tonight and we have to be better at making adjustments and responding on the fly,” Gandara said. “We have the ability to put the other team in trouble and we need to do more of that tonight.”