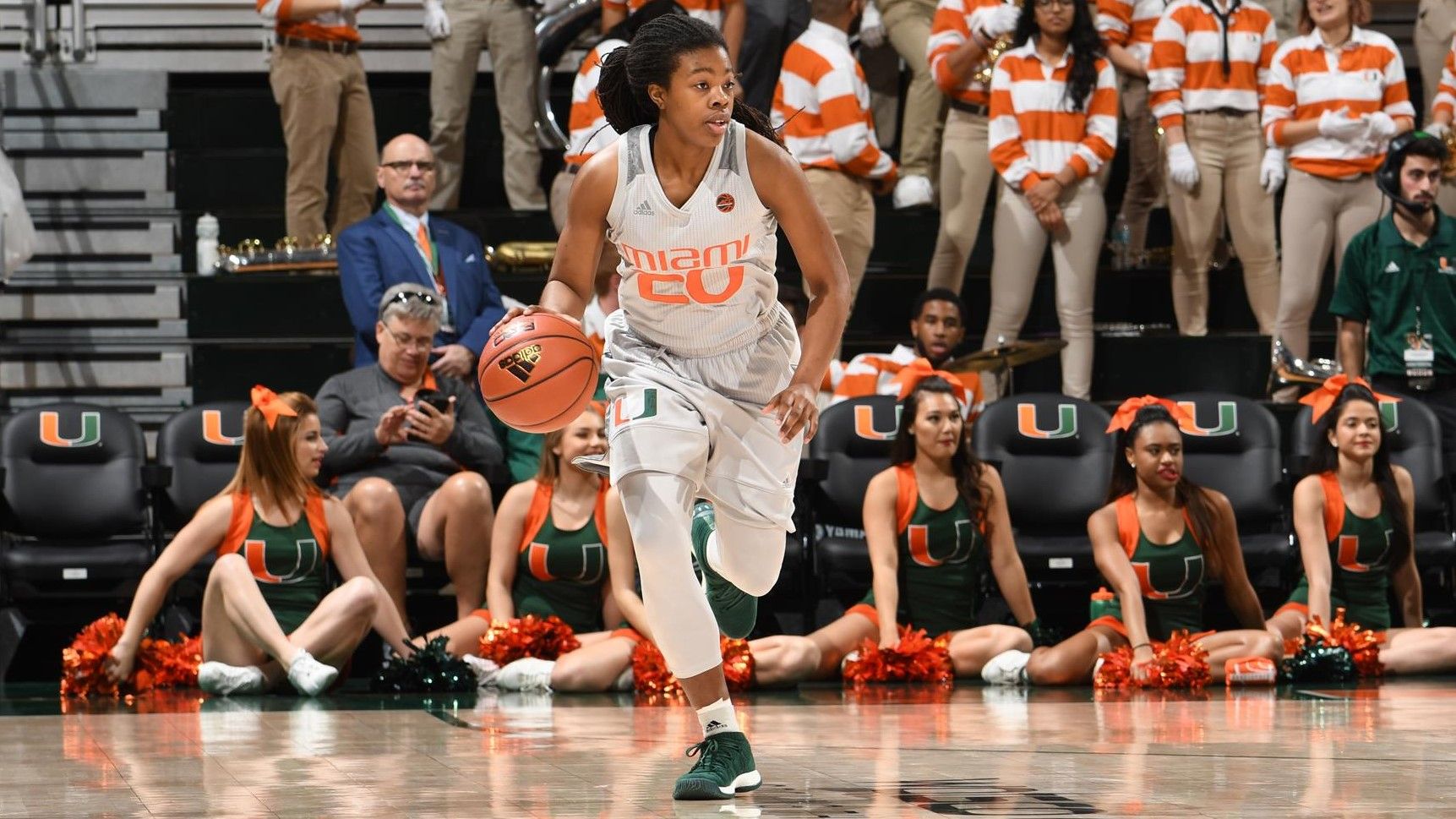 Mike Hogewood and Chelsea Shine will broadcast the game on RSN—the affiliate list is HERE—and it can be found on ACC Network Extra, subject to blackout, HERE. The action will also be carried live on WVUM 90.5 FM HERE and live stats for the contest will be available HERE.

After losing six in a row to the Cavaliers, Miami has won seven of the past nine meetings and now trails by just one game in the all-time series, sporting an 8-9 record. Last year, in the most recent contest, the Hurricanes picked up a 63-52 home victory on Feb. 9, 2017.

Winners of seven of their past nine games, the Hurricanes topped Pittsburgh, 82-58, Thursday night at the Watsco Center in their last game. Senior forward/center Erykah Davenport had 20 points and a career-high four assists, while freshman guard Mykea Gray logged 17 points, her most in ACC play.

Virginia is 16-10 (9-4 ACC) and has dropped three of its past four outings after winning eight of its first nine in conference play. Sophomore guard Dominique Toussaint paces the team in points (11.0) and assists (3.6) per game.

Coming off a 20-13 (7-9 ACC) campaign a year ago that included an appearance in the second round of the WNIT, the Cavaliers were tabbed No. 6/5 in the ACC preseason voting this year.

Following its game in Charlottesville, Miami concludes its regular season road slate Feb. 22 at 7 p.m., versus Georgia Tech in Atlanta, in another RSN-televised matchup.