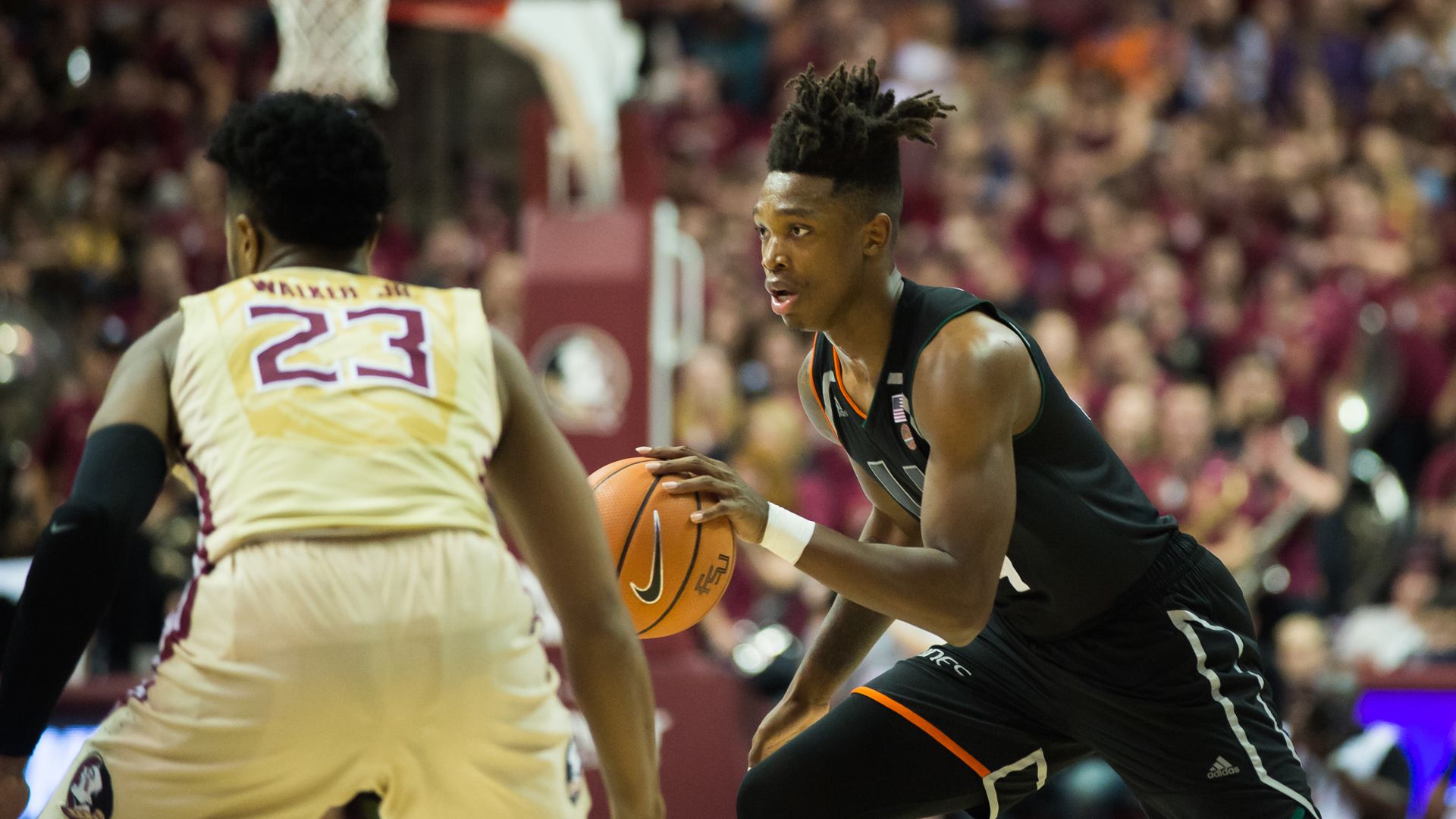 TALLAHASSEE, Fla. – Miami rallied to send the game to overtime, but Florida State scored the first seven points of the extra session as the Seminoles went on to a 103-94 victory over the Hurricanes Saturday afternoon in ACC action at the Donald L. Tucker Civic Center in Tallahassee.

After trailing for most of the game, Miami tied it up, 83-83, on Dewan Huell’s alley-oop slam from Bruce Brown Jr. with 1:03 remaining. Miami then forced a miss on defense and had an opportunity to take the lead, but Walker’s 17-footer was just short. FSU took timeout with 5.5 seconds remaining, but Walker blocked Braian Angola’s potential game winner to send the game to overtime.

FSU scored the first seven points in overtime before Lawrence drained a 3-pointer at the 3:06 mark, but that was as close as the Canes would get in the extra session.

Miami’s only lead in the game came after Walker’s layup 22 seconds into the game. Florida State bolted to a quick 10-2 lead and led by as many as 10 in the first half, shooting 67 percent from the floor in taking a 44-39 lead to intermission.

Miami comes back home Wednesday (Jan. 31) for a 7 p.m. game against Pitt at the sold-out Watsco Center. The ACC’s Regional Sports Networks have the television broadcast. Fans wishing to attend home Miami basketball games this season are encouraged to use StubHub, the official secondary ticket market for Miami Athletics, to purchase single-game tickets.