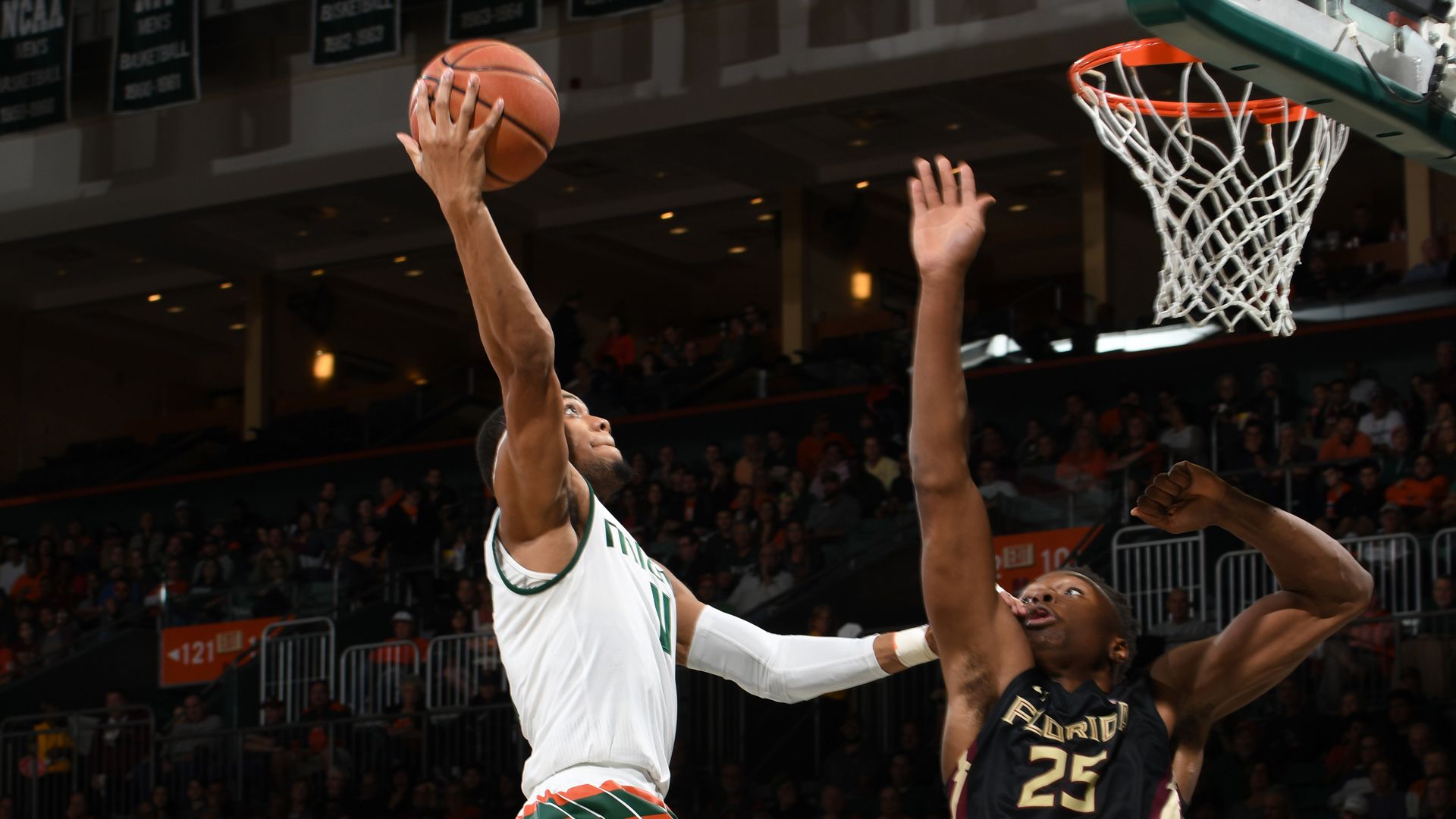 CORAL GABLES, Fla. – After a 33-day break away from the Watsco Center, the No. 15-ranked University of Miami men’s basketball team returned home and defeated No. 24 Florida State 80-74 in front of a capacity crowd on Sunday.

With the win over Florida State, the Hurricanes moved to a perfect 6-0 at home and have now won 33 of their last 35 games inside the Watsco Center.

Sophomore Bruce Brown Jr. led the Hurricanes attack with a season-high 23 points, connecting on 5-of-8 shooting from the field. Fellow sophomore Dewan Huell also chipped in with 20 points, which marked the third time this season he has scored 20-or-more points.

Freshman Chris Lykes rounded out the Hurricane scoring leaders, as he poured in a career-high 18 points.

Junior Anthony Lawrence II continued his strong work on the boards as he tied a career-high with 12 rebounds, marking the fourth time this season he has tallied 10-or-more rebounds.

Miami’s defense also shined as it held the Seminoles to 11 points under their season scoring average and limited FSU to just 36.2 percent shooting (25-of-69) shooting. Florida State entered the game averaging 85.4 points per game.

Both teams traded baskets in the early going, as no team led by more than four points in the opening 10 minutes. Midway through the first half, Miami went on a 9-0 run to take a 29-20 lead with 8:52 until the break.

Miami shot 65.4 percent from the field in the first half.

Florida State would not go away, as it trimmed Miami’s lead to eight with 5:08 to go and would later climb to within four with 25 seconds, but that was as close as the Seminoles would get.

Miami secured the win with some strong free throw shooting, going 7-of-9 from the charity stripe in the final minute.

The Hurricanes are now 13-0 when leading with two minutes to go in the game. Miami only trailed for 2:17 for the entire game.

Miami returns to action on Jan. 13, as it heads to Clemson to take on the Tigers. Tipoff is set for 3 p.m.