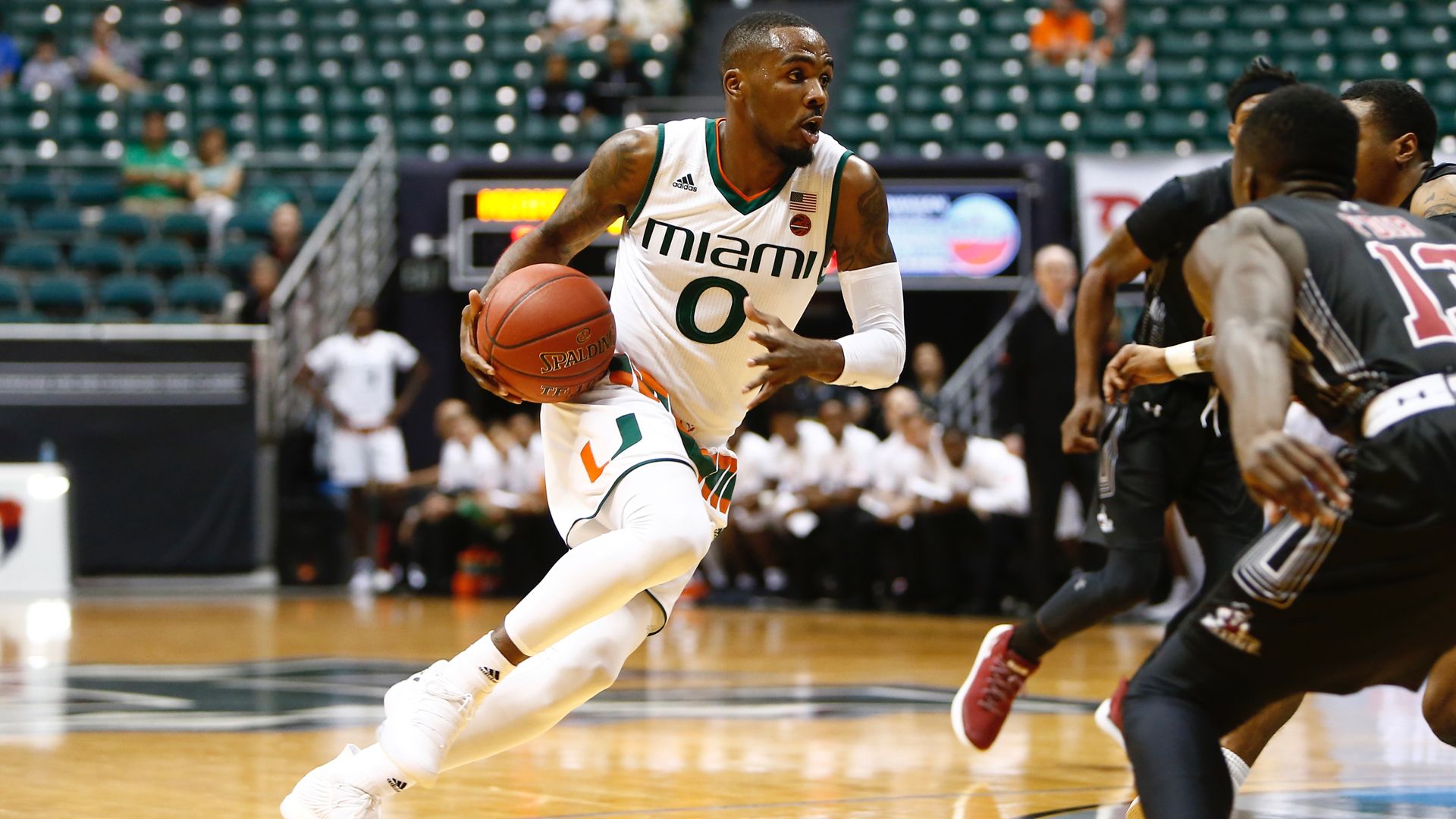 HONOLULU, Hawaii – The No. 6/7 Miami men’s basketball team suffered its first defeat of the 2017-18 season Saturday night, falling 63-54 to New Mexico State in the semifinals of the Hawaiian Airlines Diamond Head Classic at the Stan Sheriff Center in Honolulu. Miami (10-1) shot a season-low 34 percent, including just 2-for-18 from 3-point range, in the loss.

Miami plays Middle Tennessee (8-3) Monday at 8:30 p.m. ET in the tournament’s third-place game. ESPNU has the television broadcast, while WQAM 560-AM has the local radio broadcast.

Down by nine with 5:57 remaining in the second half, Miami went on an 8-0 run to pull within one, 52-51. Jemerrio Jones scored to give NMSU a 54-51 lead, but Brown canned a pair of free throws to get Miami back within one with 1:25 left. NMSU beat the shot-clock buzzer with a Lofton 3-pointer with 57 seconds remaining, and the Aggies ended the game on a 9-1 run to clinch the victory.

The Hurricanes trailed at the half for the first time this season, committing 11 turnovers which led to 12 New Mexico State points and shooting just 31 percent in the first half. But the Miami defense limited NMSU to 29 percent shooting, and the deficit was only four, 29-25, at the break.

Game Notes
Team
• This was the first-ever matchup between Miami and New Mexico State.
• UM’s 10-0 start to the season was the third-best in program history.
• Miami shot a season-low 34 percent (previous was 36.7 vs. La Salle).
• Miami trailed at the half for the first time this season.
• Miami went without a field goal for a seven-minute, 53-second stretch in the second half.
• UM hit a season-low two 3-pointers (previous was three against North Florida).
• UM squares off with Middle Tennessee Monday in a first-time matchup between the programs.

Individual
• DJ Vasiljevic scored eight of Miami’s first 13 points and finished with a team-high 15 points, his seventh time in double figures this season.
• After going scoreless in the first half, Bruce Brown scored the first six Miami points of the second half and totaled 13 in the second half.
• Dewan Huell scored 10 points, reaching double figures for the ninth time in 11 games. He fell one rebound shy of a double-double.