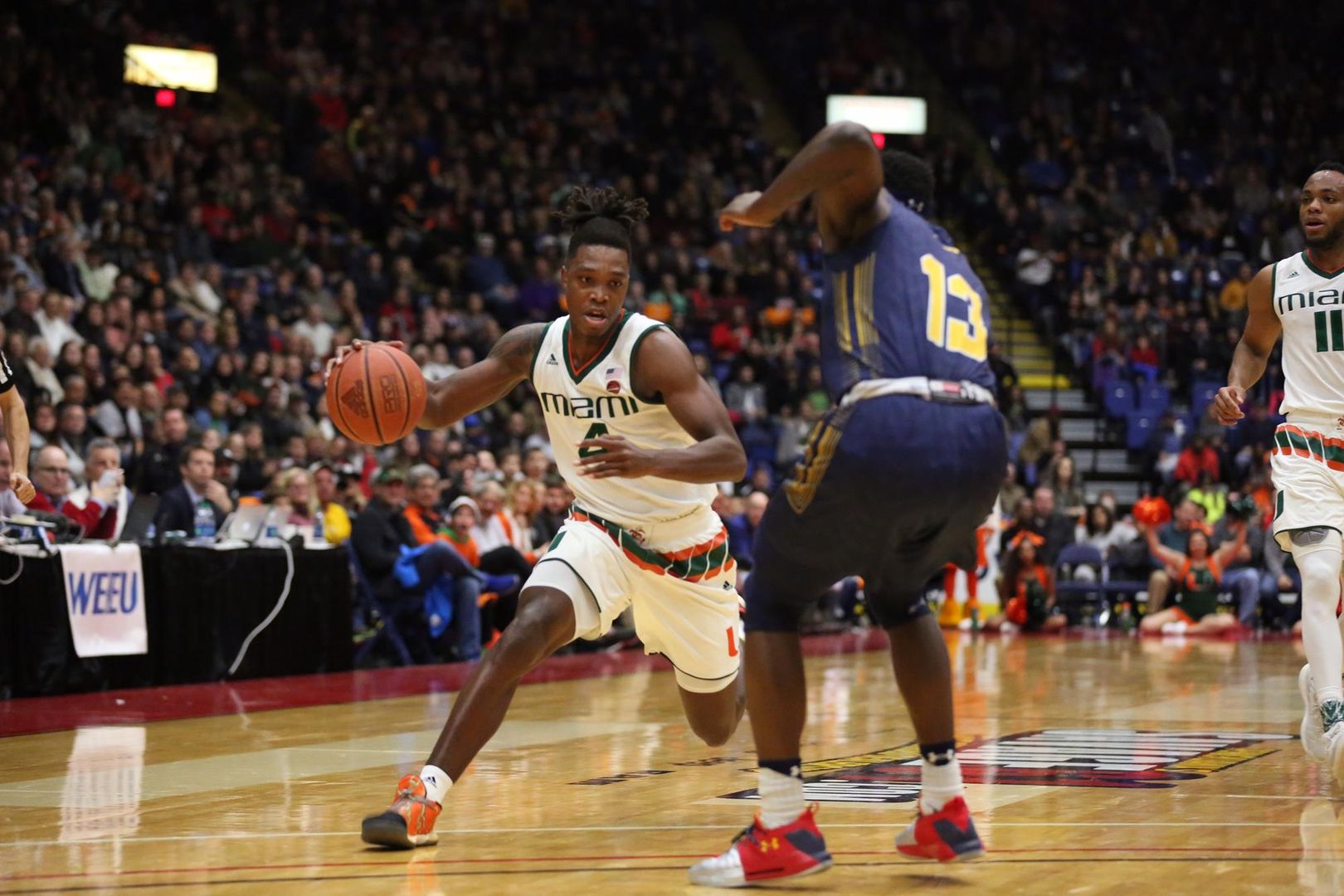 READING, Pa. – The No. 11 Miami men’s basketball team pulled away in the second half Wednesday evening for a 57-46 win over La Salle in a neutral-site contest at Santander Arena in Reading, Pa., in front of a near-capacity crowd of 6,735. The game served as a homecoming for freshman Lonnie Walker IV, a Reading native who led Reading High School to a 2017 state championship.

Miami kept its record perfect at 4-0, while La Salle dropped to 3-3. Walker scored five points, grabbed two rebounds and added a pair of assists in 27 minutes of action in his return home.

Both teams struggled offensively for much of the game. Miami shot a season-low 36.7 percent, but held La Salle to 28.8 percent shooting, including 0-for-15 from 3-point range. The Hurricanes limited an opponent to under 30 percent shooting for the first time since holding South Carolina State to 29 percent shooting on Dec. 6, 2016.

The shooting was especially cold in the first stanza, as the teams each shot 23 percent and played to a 19-19 stalemate at halftime.

Miami returns home to the Watsco Center Saturday for a 4 p.m. game with North Florida.

Game Notes
• Dewan Huell scored a career-high 16 points, topping his previous high of 15, set last season at North Florida.
• Bruce Brown Jr. matched a season and career best with 11 rebounds.
• Anthony Lawrence II set a career high with 10 boards and tied his career highs in assists (5) and blocks (3).
• After redshirting last season and missing the first three games this year with an injury, Sam Waardenburg made his college debut Wednesday. He scored seven points in 13 minutes.
• Miami has not trailed in the second half this season.
• UM has limited four straight opponents to fewer than 60 points, the first time Miami has done so since holding six straight foes under 60 from Dec. 25, 2012-Jan. 16, 2013.