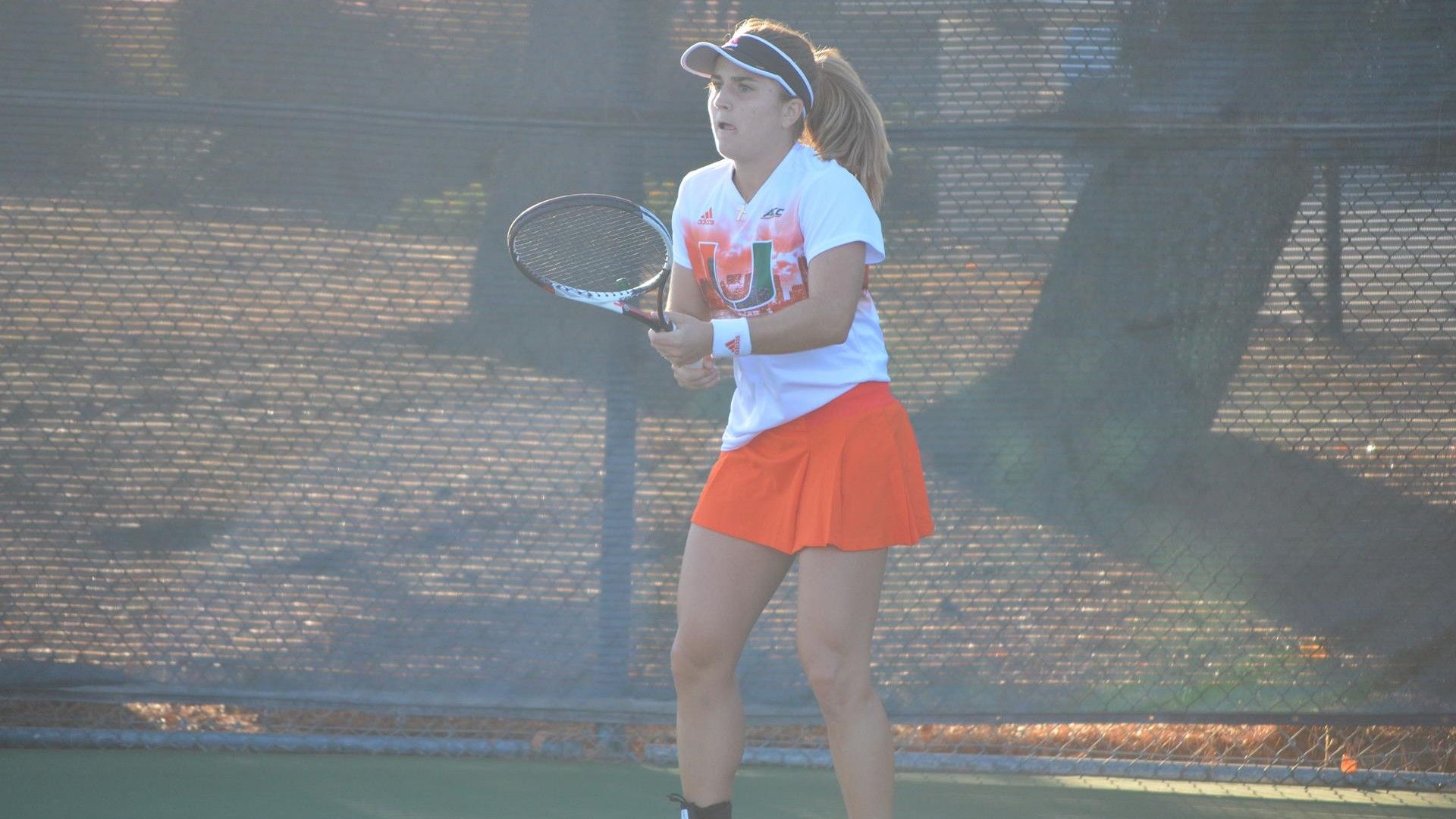 Perez-Somarriba Reaches Round of 16 in California

As she did Wednesday in her opening match of the tournament, Perez-Somarriba fell a set behind against a top-50 opponent and then dominated the rest of the way to advance.

With the win, the 2016-17 ITA All-American is now 11-4 on the fall, including 5-2 versus ranked foes. Three of her triumphs have come against top-50 players and Maltby tied for the sixth-highest-ranked opponent she has defeated.

Lohan, ranked eighth and seeded seventh, took the opening set against Denver’s Julia O’Loughlin, but was unable to close out the match after that.

Lohan’s defeat against O’Loughlin was just the fourth of her career versus an unranked player. Of the prior three, one was against a teammate and another was to the top-ranked player in the ITA’s newcomer list.

Perez-Somarriba will continue play Friday in Southern California, with action set to resume at noon ET. Her match time and opponent have yet to be set.

Additional info on the Oracle ITA National Fall Championships, including draws, can be found HERE.