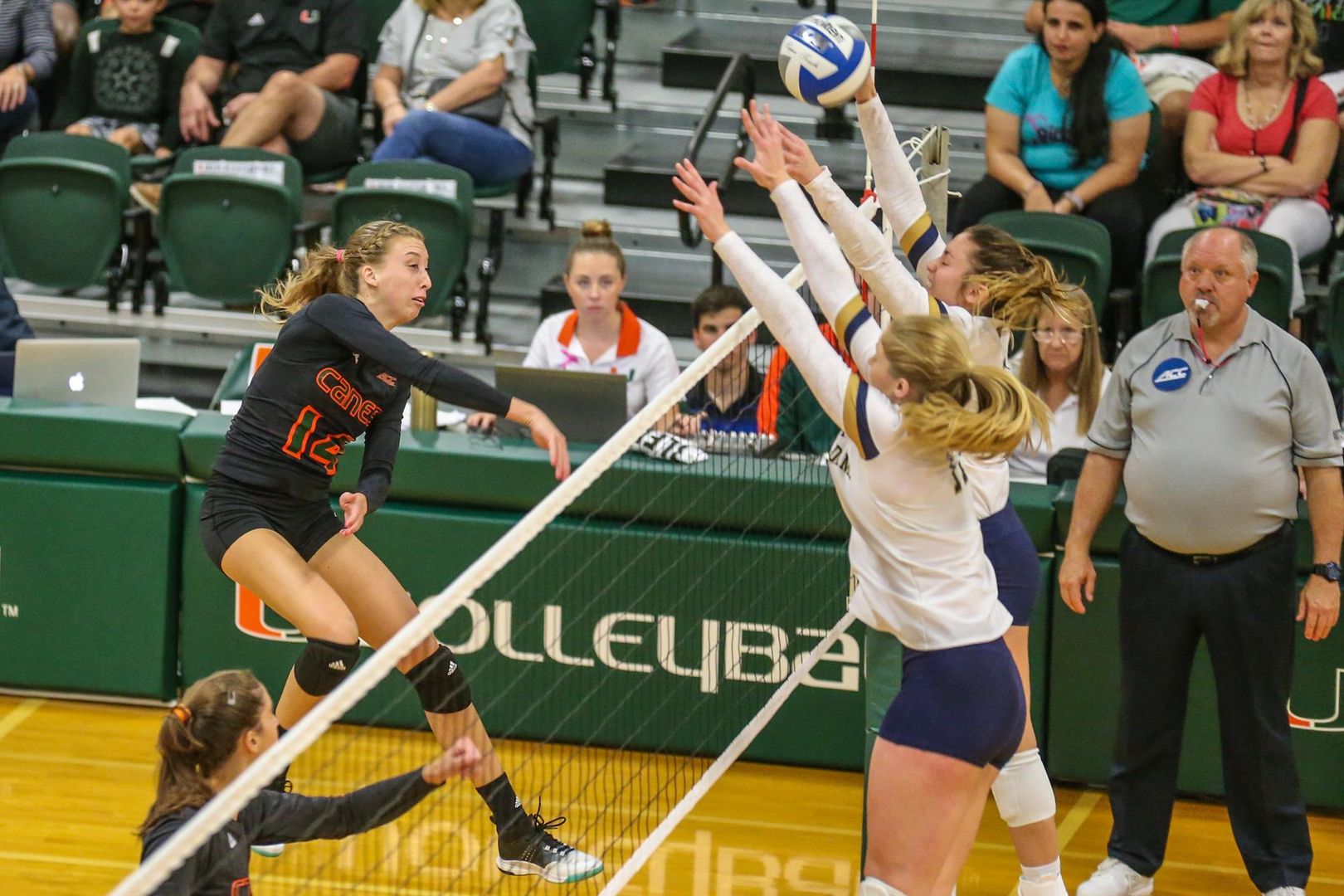 As a team, Miami was outhit by a 66-61 percent clip. Sunday afternoon’s contest also featured 13 ties and seven lead changes.

Notre Dame captured the first point of the opening set, but that was the only lead the Irish would hold during the first frame, as the Hurricanes reeled off four straight points to take a 4-1 lead. Miami led by as many as six points in the set (13-7), but Notre Dame would fight back to trim the Canes advantage to one at (15-14). The Hurricanes would go on to hold off the Irish down the stretch to claim a 25-23 victory. Miami posted an attack percentage of 70 percent and committed just three errors.

Miami continued its momentum into the second set, only this time; Miami never trailed and led by as many as six points. Notre Dame trimmed Miami’s advantage to two at 17-15, but the Hurricanes finished strong, as they captured eight of the final 12 points to collect a 25-19 win. Miami showcased pinpoint accuracy in the second set, as it posted an eye-popping attack percentage of 89 percent with zero errors.

Set three was not as kind to the Hurricanes as the previous two, as Miami was held to just 13 points in the frame. Miami hit just 43 percent and had eight errors in the set. Notre Dame would go on to even the match at two games apiece in the fourth frame with a 25-22 victory.

In the deciding frame, Miami jumped out to a 7-5 advantage thanks to sophomore Madison Dill’s second solo block of the match, which forced a Notre Dame timeout. Coming out of the timeout, Notre Dame reeled off five straight points to take a 10-7 advantage.

Miami is back on its home floor next weekend, as the Hurricanes will host NC State and North Carolina in a pair of ACC matches. The Canes will face the NC State Wolfpack at 7 p.m. on Friday, while the UNC Tar Heels will face Miami at 1 p.m. on Sunday.