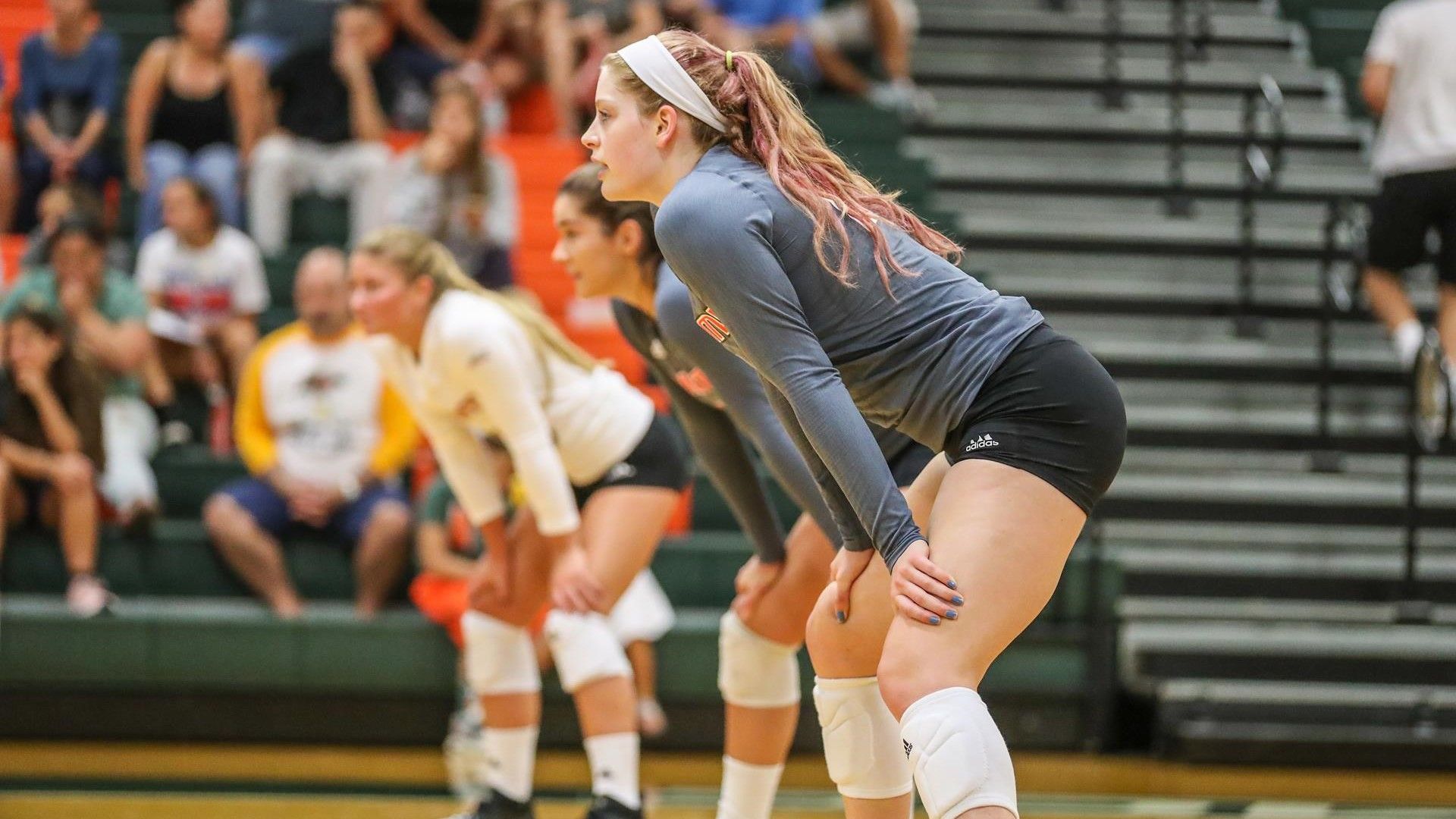 The Hurricanes (9-2, 3-2 ACC) played from behind for most of the match and didn’t demonstrate the defensive prowess needed to slow down the Seminoles (9-4, 3-2 ACC), who hit .429 on the night to pick up a 25-23, 25-18, 25-23 victory. With the win, Florida State snapped a two-match losing streak, while Miami lost second straight match for the first time since Nov. 23, 2016. The Hurricanes are now 1-9 in the last 10 matches against Atlantic Coast Conference powerhouse FSU.

Senior outside hitter Olga Strantzali’s match-high 15 kills were of some consolation for the Hurricanes, and were aided primarily by redshirt junior setter Haley Templeton’s 37 assists. Milica Kubura and Christina Ambrose were FSU’s attacking leaders with 13 kills and 12 kills, respectively.

Three Hurricanes hit above .300 on the night – junior middle blocker Lucia Pampana with .455 for seven kills, junior outside hitter Kolby Bird for three kills and freshman outside hitter Cameron Dobbs with .304 for nine kills. Dobbs also recorded her first intercollegiate ace against the Seminoles.

Strantzali’s nine digs – tied for match-best with FSU’s Cecilie Woie – and Templeton’s eight digs led the Canes in defense. The two also managed a block assist each – adding to Bird’s and senior middle blocker Sakile Simmons’ ones – in a match in which Miami was outblocked, 11-2.

Miami saved the best for last in the first set and went on its best to get within one  at 24-23 and force a Seminoles timeout, but the Hurricanes were undone by their fifth service error of the set, dropping it 25-23. Miami hit .406 in the opening set – senior outside hitter Brooke McDermott hit .800 for four kills – but FSU hit .526 to take the lead.

The Hurricanes had two early leads on kills by Strantzali and freshman outside hitter Cameron Dobbs, but could not replicate its efficiency from the first set, falling 25-18 in the second set. Miami was within just two points in mid-set, 15-13, but the Seminoles finished the set strong, winning the final four points in it.

Miami won the first three points of the third set for its best start of the match, but that was not enough to extend the match to at least a fourth set. Late on, the Canes managed to come back from a four-point deficit and tie the match at 20 all with a block by Pampana and Strantzali, setting the tone for a dramatic, challenge-filled end to the set. Kills by Pampana and Dobbs got the Canes within one in the closing minutes, but Kubura’s 13th kill of the match put an end to Miami’s hopes for a comeback, 25-23.

The Canes return home later this week to host Pittsburgh, which came into this week undefeated in ACC play. First serve against the Panthers will be at noon Sunday at the James L. Knight Sports Complex.