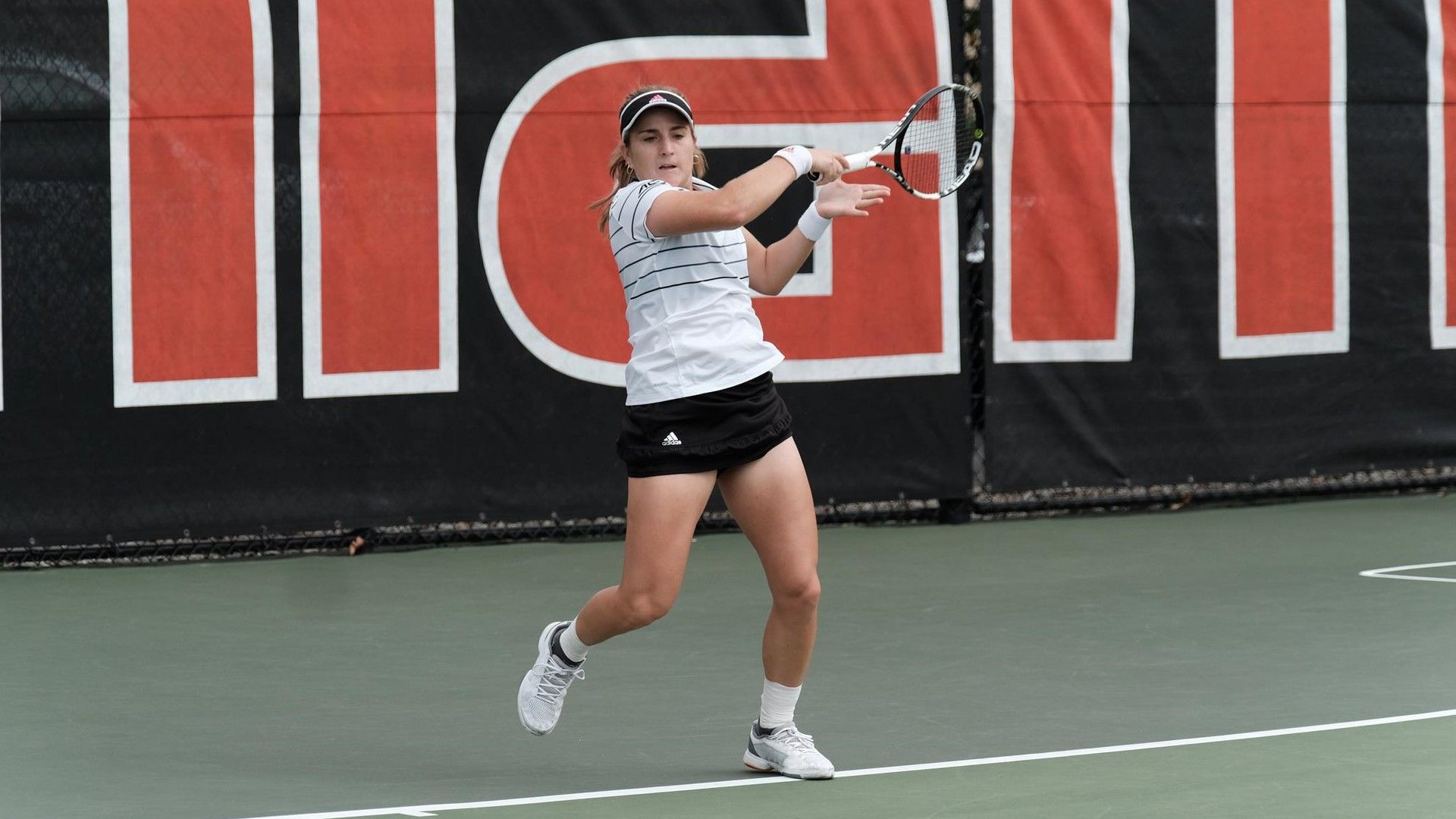 CORAL GABLES, Fla. – Miami, Auburn, FGCU and Pittsburgh competed, but rain was the victor on the opening day of the Miami Fall Invite.

After heavy showers fell for several minutes during warmups, the start time of the University of Miami women’s tennis team’s first action of the fall was pushed back two hours from 9 a.m., to 11 a.m.

Approximately a half-hour after play began, the lightning warning sounded and the courts were cleared. Another major rainstorm came through shortly thereafter, wiping out action for the remainder of the day.

Of the seven doubles matches taking place, only two were completed. In the one involving Miami, sophomores Sara Culbertson and Sharon Danquah, the latter making her team debut, fell to Pittsburgh’s Claudia Bartolomé and Callie Frey, 6-2.

Additionally, junior Daniella Roldan and freshman Ulyana Shirokova, both in their first action as Hurricanes, led the Panthers’ Camila Moreno and Luisa Varon, 5-4.

The updated schedule for Saturday still features a 9 a.m., start time, now with the incomplete doubles matches coming first. Miami will then take on FGCU in doubles while Auburn faces Pittsburgh.

Following the conclusion of all the doubles matches, the Hurricanes are set to square off against the Tigers in singles and the Eagles will meet the Panthers.