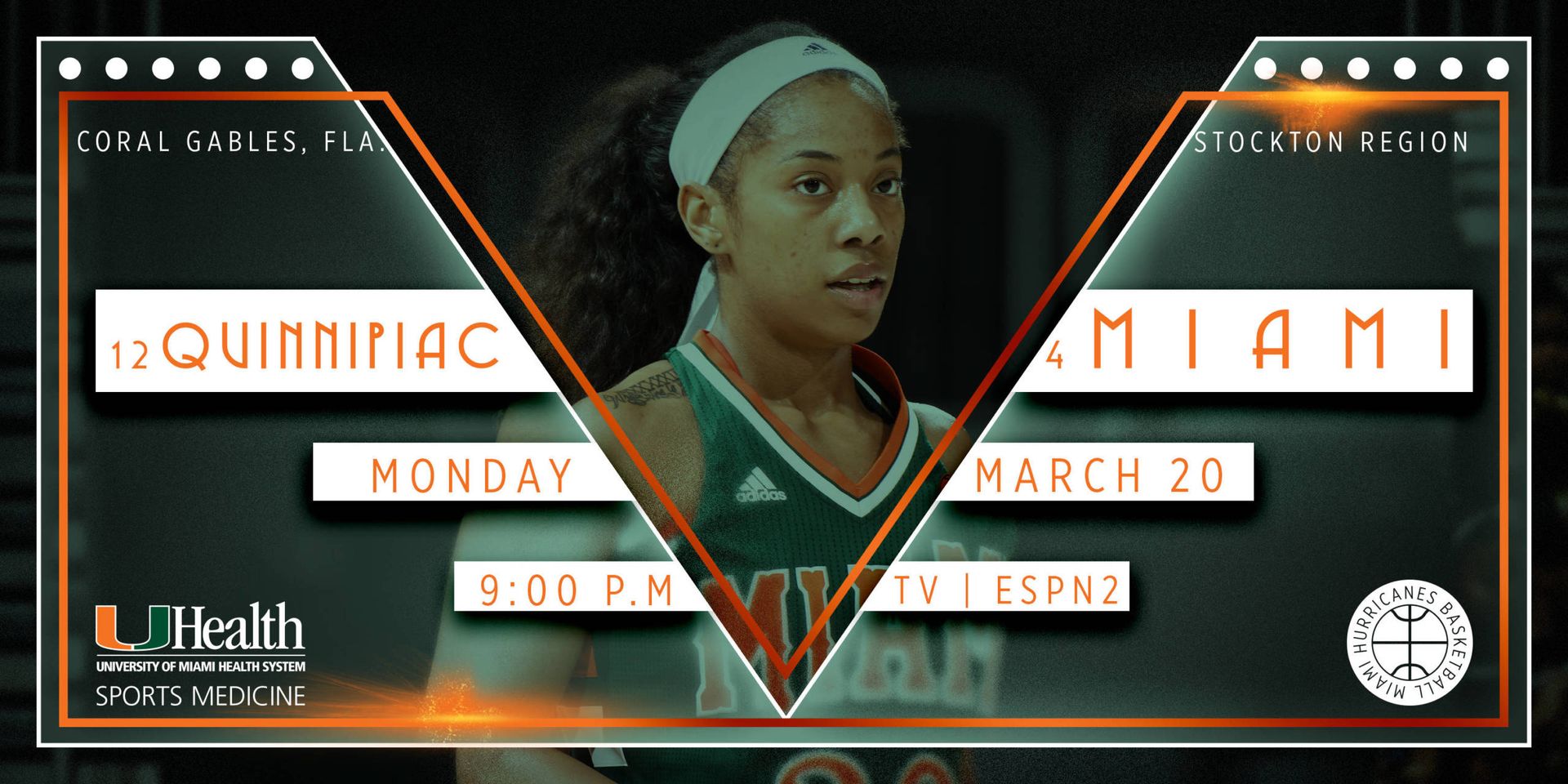 @CanesWBB Hosts Quinnipiac in NCAA Round of 32

CORAL GABLES, Fla. – The University of Miami women’s basketball team will play its final home game of the season Monday night at 9 p.m., with a trip to the Sweet 16 on the line.

The Hurricanes, making their sixth NCAA Tournament appearance in the last seven seasons, are 2-0 all-time against Quinnipiac. In the most recent contest, Miami registered a 93-48 home triumph against the Bobcats on March 28, 2009.

In the opening round of the NCAA Tournament, Miami edged No. 13-seed FGCU, 62-60, Saturday evening on a basket by redshirt senior forward Keyona Hayes with 1.5 seconds left. The Marietta, Ga., native led all players in points (16) and rebounds (10), while sophomore forward/center Emese Hof posted a season-high-tying 14 points in the victory.

Quinnipiac knocked off fifth-seeded and RV/No. 25-ranked Marquette, 68-65, Saturday afternoon in the opening round. The Bobcats are 28-6 (17-3 MAAC) on the season and are led in scoring by redshirt sophomore forward Jen Fay, who averages 10.5 points per game.

This is the sixth consecutive postseason appearance for the Bobcats, including their third NCAA Tournament berth in the past five years. Quinnipiac, which has 25-plus wins for the third straight year, finished the 2015-16 campaign at 25-9 (17-3) and reached the second round of the WNIT.

Monday night’s game will be broadcast live on ESPN2 with Jenn Hildreth and Steffi Sorensen on the call, and is available on WatchESPN HERE. The action will also be carried live on WVUM 90.5 FM HERE. Live stats for the game can be found HERE.

The winner of the contest between the Hurricanes and Bobcats will advance to the Sweet 16 and face either top-seeded South Carolina, ranked No. 3/4, or eighth-seeded Arizona State. That matchup is set for Saturday in Stockton, Calif.