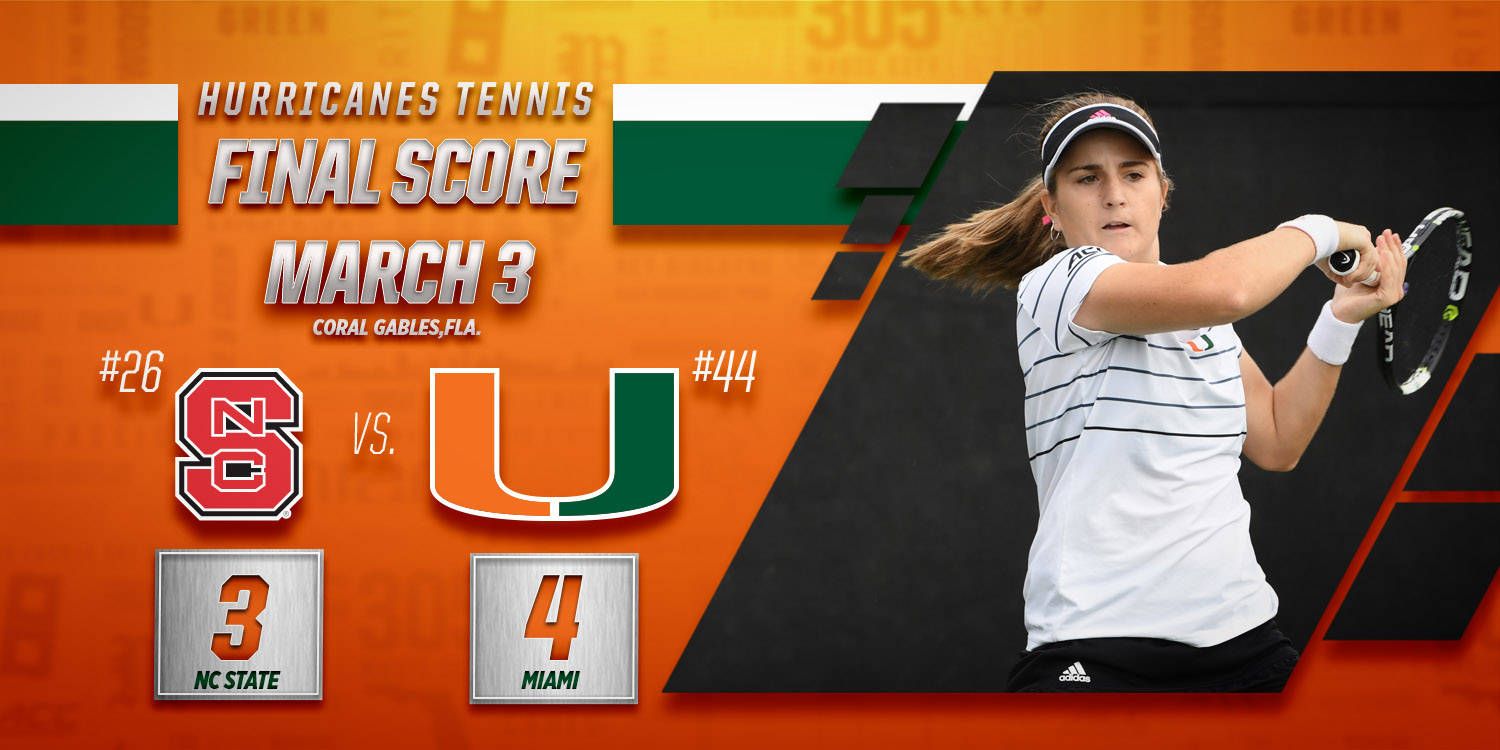 “I think it was a good team effort, associate head coach Laura Vallverdu said. “I am happy that they came out and started to finally find themselves as a team.”

NC State (8-5, 0-3 ACC) got on the board first by picking up the doubles point. No. 30 Martina Frantova and Anna Rogers downed Miami redshirt senior Maci Epstein and junior Sinead Lohan, 6-2. That was followed by a 6-2 win by Bianca Moldovan and Claudia Wiktorin over sophomore Ana Madcur and freshman Estela Perez-Somarriba.

Amanda Rebol and Tayla Stenta held a 4-3 edge on junior Silvia Fuentes and freshman Dominica Paterova when play was halted.

Seventh-ranked Lohan evened the score with a dominant 6-1, 6-1 triumph against No. 30 Frantova. Moments later, on court two, No. 76 Perez-Somarriba put the Hurricanes in the lead, downing Wiktorin 6-0, 6-2.

“What we know from Silvia is that she is such a warrior,” Vallverdu said. “Last weekend was a rough weekend for her, but I am just really happy she came out today and did [what she needed to] again.”

“I think we just want to keep it rolling, obviously. We have to fix a couple things here and there, but we are going to get out to practice tomorrow and we are going to talk about it,” Vallverdu said. “We had an interesting match against Wake Forest last year. So, we are going to build off that for sure, but we have to bring Friday’s match and fix it.”

The Hurricanes will return to the Neil Schiff Tennis Center Sunday at 11 a.m., when they play host to No. 28 Wake Forest.