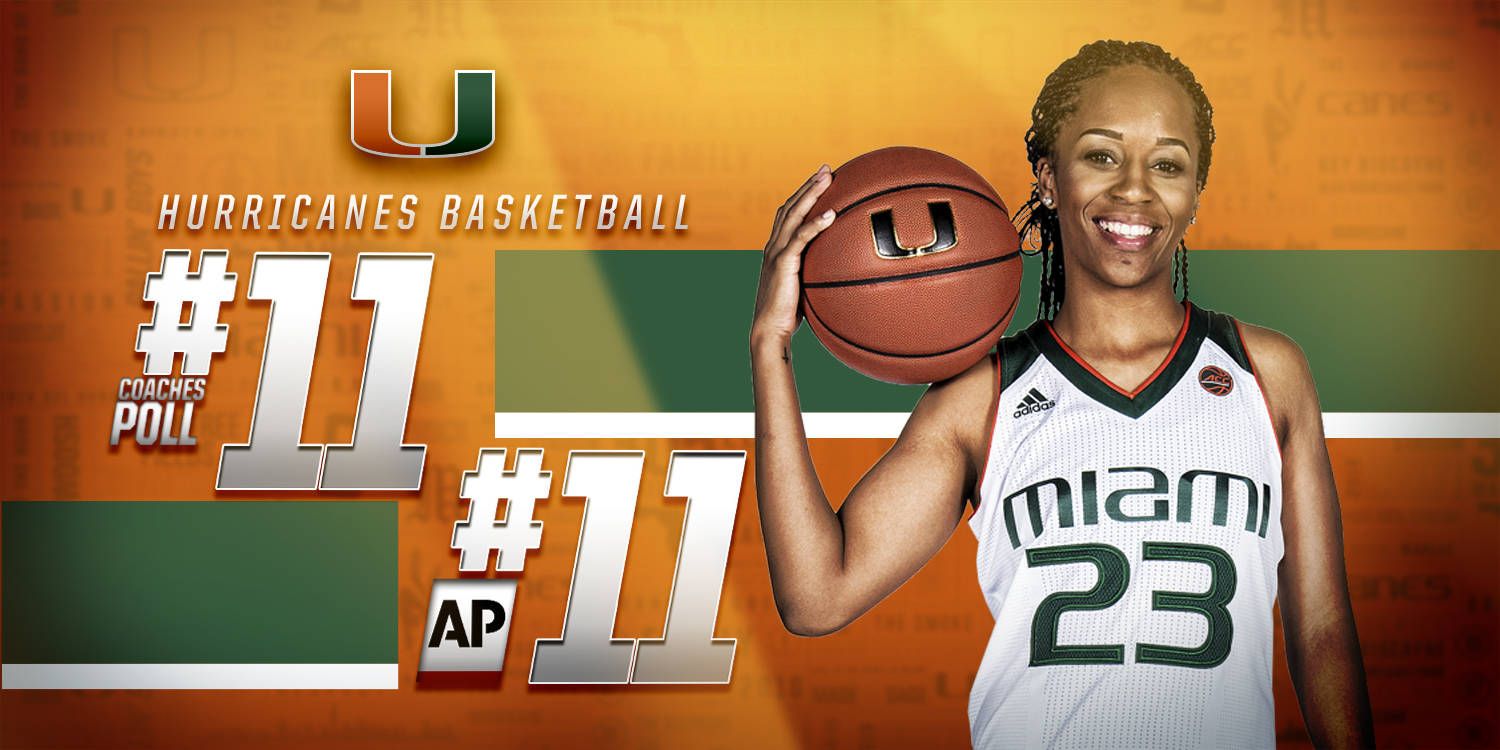 @CanesWBB Ranked No. 11 in Both National Polls

CORAL GABLES, Fla. – The University of Miami women’s basketball team continued its ascent up the polls this week.

The Hurricanes earned 44 more points in this week’s AP Poll voting compared to last week, checking in with 459. Miami was in the top 14 on 29 of 33 ballots and garnered 10 top-10 votes, including two at the No. 9 spot.

In the Coaches Poll, 12th-year head coach Katie Meier and the Hurricanes saw a 36-point increase in their point total, receiving 452 this week.

Miami returns to the court Dec. 29, when it takes on seventh-ranked Florida State at 7 p.m., at the Watsco Center in its ACC opener.