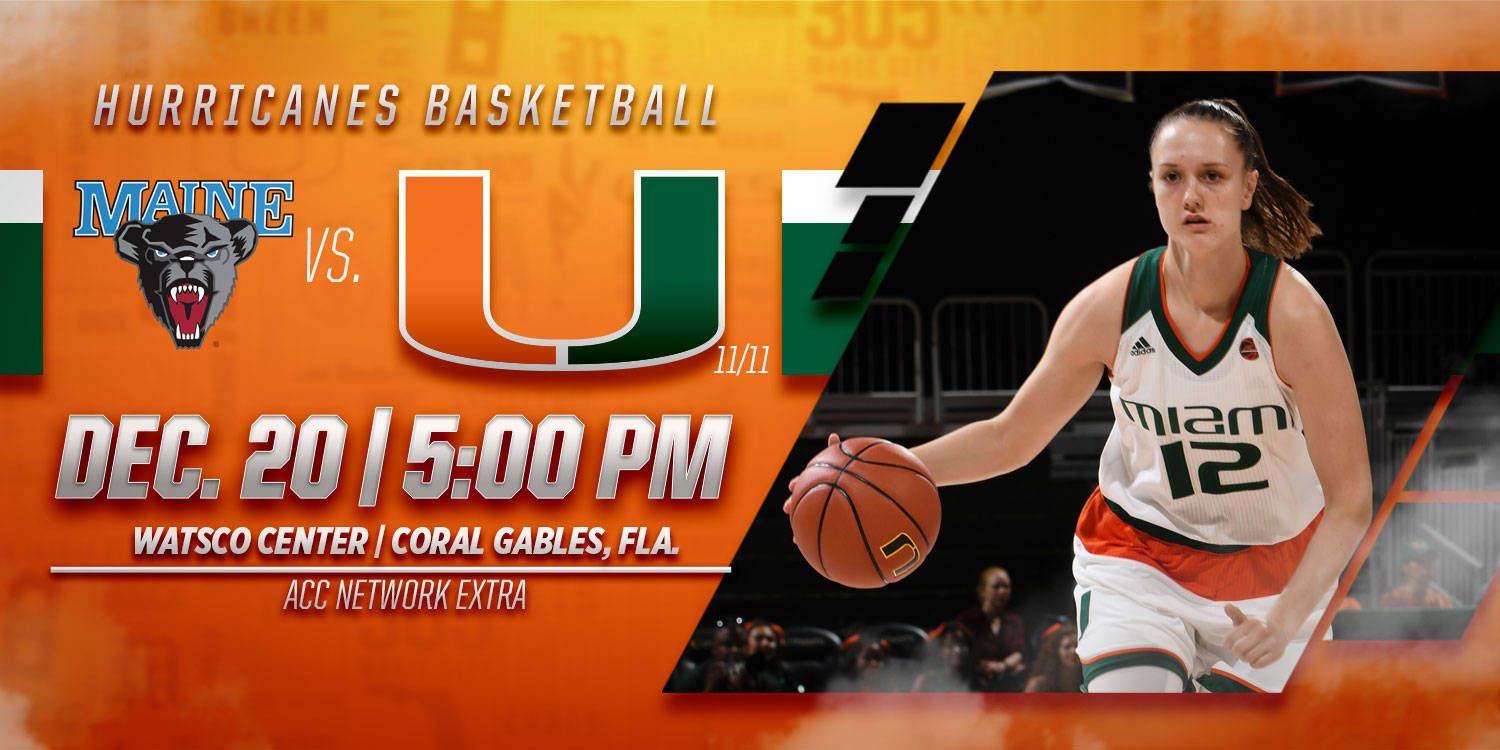 CORAL GABLES, Fla. – The University of Miami women’s basketball team will be seeking its first 11-game winning streak since the 2011-12 campaign Tuesday evening when it faces Maine at the Watsco Center.

No. 11/11 Miami (10-1) and Maine will face off at 5 p.m., in the championship game of the Miami Holiday Tournament. Coppin State and East Tennessee State will meet beforehand in the consolation game at 3 p.m.

The Hurricanes are 1-2 all-time against Maine, with just one matchup taking place in the last 19 years. In the most recent meeting, which was part of a prior Miami Holiday Tournament, the Black Bears picked up a 54-53 road victory on Dec. 29, 2007.

Miami cruised past Coppin State in its tournament opener, finishing with an impressive 75-35 victory. It marked the first time the Hurricanes won by 40-plus points since a 95-44 defeat of Illinois State on Nov. 28, 2014. It was also the first time Miami held an opponent to 35 points or fewer since a 61-35 win at Old Dominion on Nov. 15, 2015.

Senior guard Adrienne Motley and junior forward/center Erykah Davenport led the Hurricanes with 15 points apiece in the win and they combined to shoot 12-of-16. Miami’s bench, which outscored that of its opponent for the 10th time in 11 games this season, had 30 points and 30 rebounds in the win.

Maine is currently 7-5 on the season and is led by senior guard Sigi Koizar, who is averaging 14.8 points per game thus far. The Black Bears were picked third in the America East preseason poll and are coming off a 26-9 (15-1 AE) campaign in 2015-16, during which they reached the WNIT.

The game between Miami and Maine will be broadcast live on ACC Network Extra HERE, as well as carried live on WVUM 90.5 FM HERE. Live stats for the game can be found HERE.

Fans in attendance can take pictures on the course pregame with Sebastian the Ibis dressed up as Santa Claus. Team posters and schedule cards will be available at the marketing table by the main entrance.

After playing Maine, Miami has an eight-day break and then will open conference play Dec. 29 at 7 p.m., when it meets No. 7/7 Florida State at the Watsco Center.