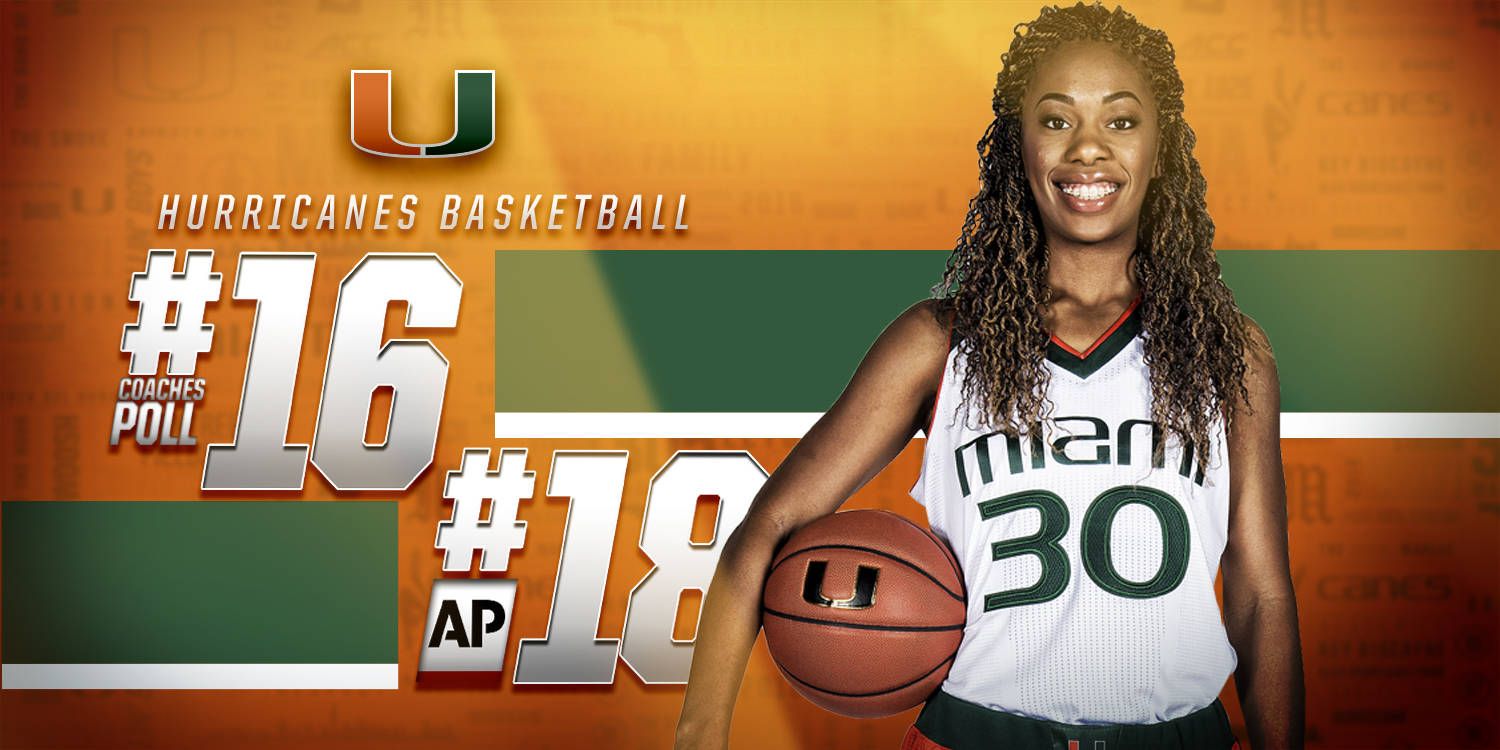 @CanesWBB Moves to No. 18/16 in National Rankings

CORAL GABLES, Fla. – The University of Miami women’s basketball team ascended back into the top 20 of both major national polls in this week’s rankings.

In the AP Poll, Miami (5-1) picked up 90 more points in the voting over last week, checking in with 245. The Hurricanes appeared on 32 of 33 ballots and were ranked as high as No. 12 nationally.

Miami’s move in the Coaches Poll was even more significant, as it jumped six spots and garnered 112 additional points in the balloting to earn 255 in total.

The Hurricanes are joined by four other teams in the top 25 of both polls: top-ranked Notre Dame, seventh-ranked Louisville, eighth-ranked Florida State and No. 20/21 Syracuse.

Miami returns to action Thursday at 7 p.m., when it faces No. 9/10 Ohio State in the ACC/Big Ten Challenge in Columbus, Ohio, with the game set to be televised on the Big Ten Network.