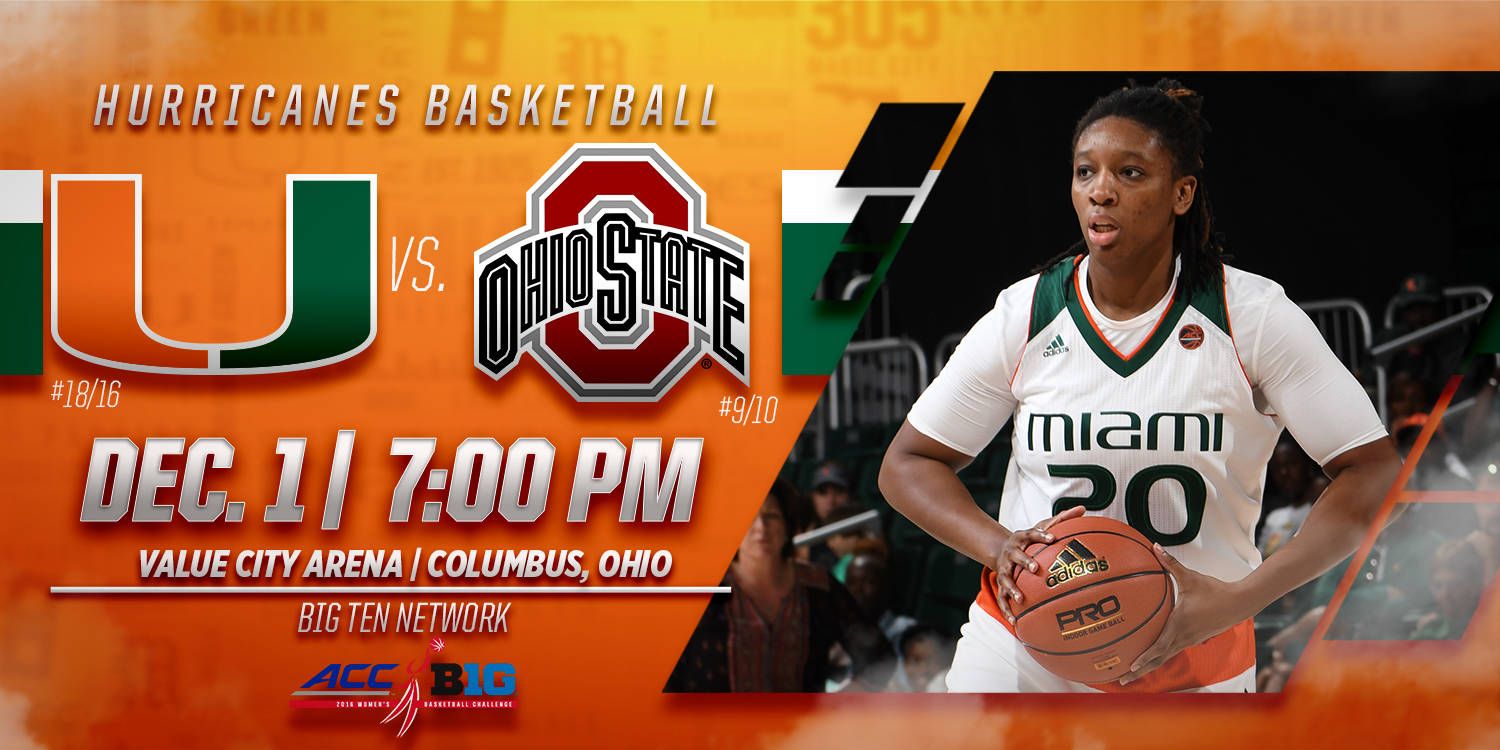 CORAL GABLES, Fla. – The University of Miami women’s basketball team will play its second road game against a top-20 opponent this season when it meets No. 9/10 Ohio State Thursday night.

No. 18/16 Miami and the Buckeyes will square off at 7 p.m., at Value City Arena in Columbus, Ohio, as a part of the ACC/Big Ten Challenge.

The Hurricanes are 4-3 all-time in the event, which is now in its 10th year, and have posted a 4-1 record over the last five seasons.

Miami has had two prior meetings against Ohio State, both coming in the 1980’s, with the Buckeyes winning each time. In the most recent contest, Ohio State earned a 79-75 home victory on Dec. 27, 1986.

With five consecutive victories, the Hurricanes are 5-1 on the season thus far and are coming off winning the championship of the Miami Thanksgiving Tournament. Led by a career-high 22 points from sophomore guard Laura Cornelius and a double-double by redshirt senior forward Keyona Hayes, the tournament MVP, Miami topped Texas Tech, 74-56, Sunday in the title game.

Ohio State sits at 5-2 on the season, with both of its defeats coming against top-five teams. The Buckeyes are led by junior guard Kelsey Mitchell, the Big Ten Preseason Player of the Year, who is averaging 23.3 points per game, good for seventh in the nation.

Thursday night’s contest will be broadcast live on the Big Ten Network and can be found online HERE, as well as carried live on WVUM 90.5 FM HERE. Live stats for the game will be available HERE.

After taking on Ohio State, the Hurricanes will return to Coral Gables to host Old Dominion at the Watsco Center Sunday at 2 p.m.