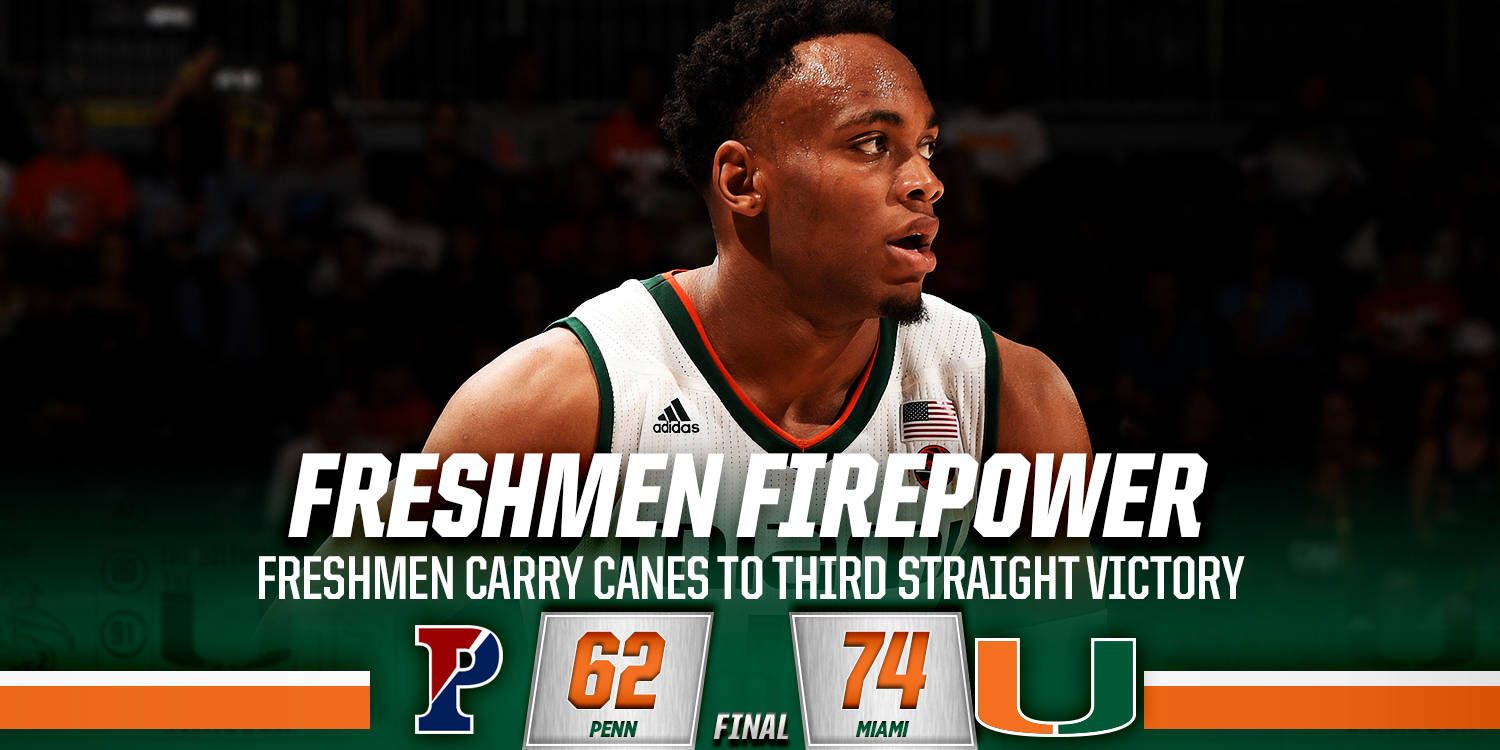 The Hurricanes (3-0) were never threatened after a 16-3 run midway through the second half. Consecutive 3-pointers from D.J. Vasiljevic and Bruce Brown capped the surge and increased Miami’s lead to 59-38 with 10:28 remaining in the half.

Brown finished with 15 points and Davon Reed, Vasiljevic and Dewan Huell scored 11 points each for the Hurricanes, who experienced their first deficit of the season when the Quakers ran off eight unanswered points for an 8-4 lead early in the game.

Newton had three steals and scored 16 points in the second half.

·  Making his first career start for the Hurricanes, freshman Bruce Brown finished the afternoon with a career high 15 points, three steals and three blocks, to go along with five rebounds and an assist.

·  At the end of the first half three freshman led the way with a combined 20 points scored – Dewan Huell (9), Brown (6) and DJ Vasiljevic (5). Huell also led the team in first-half rebounds, grabbing five.

·  Vasiljevic (11) and Huell (11) have scored double-digit points in each of their opening three games as Hurricanes. For the third consecutive game Vasiljevic made three 3-pointers, while Huell grabbed five rebounds and remained perfect (7-7) from the free throw line this season, hitting his only attempt.

·  Sophomore Ja’Quan Newton led all Hurricanes in second half scoring with 16 points, while also connecting on his first 3-pointer of the year. The Philadelphia native finished the afternoon with a team high 18 points, surpassing 500 total points in his career, now with 506.