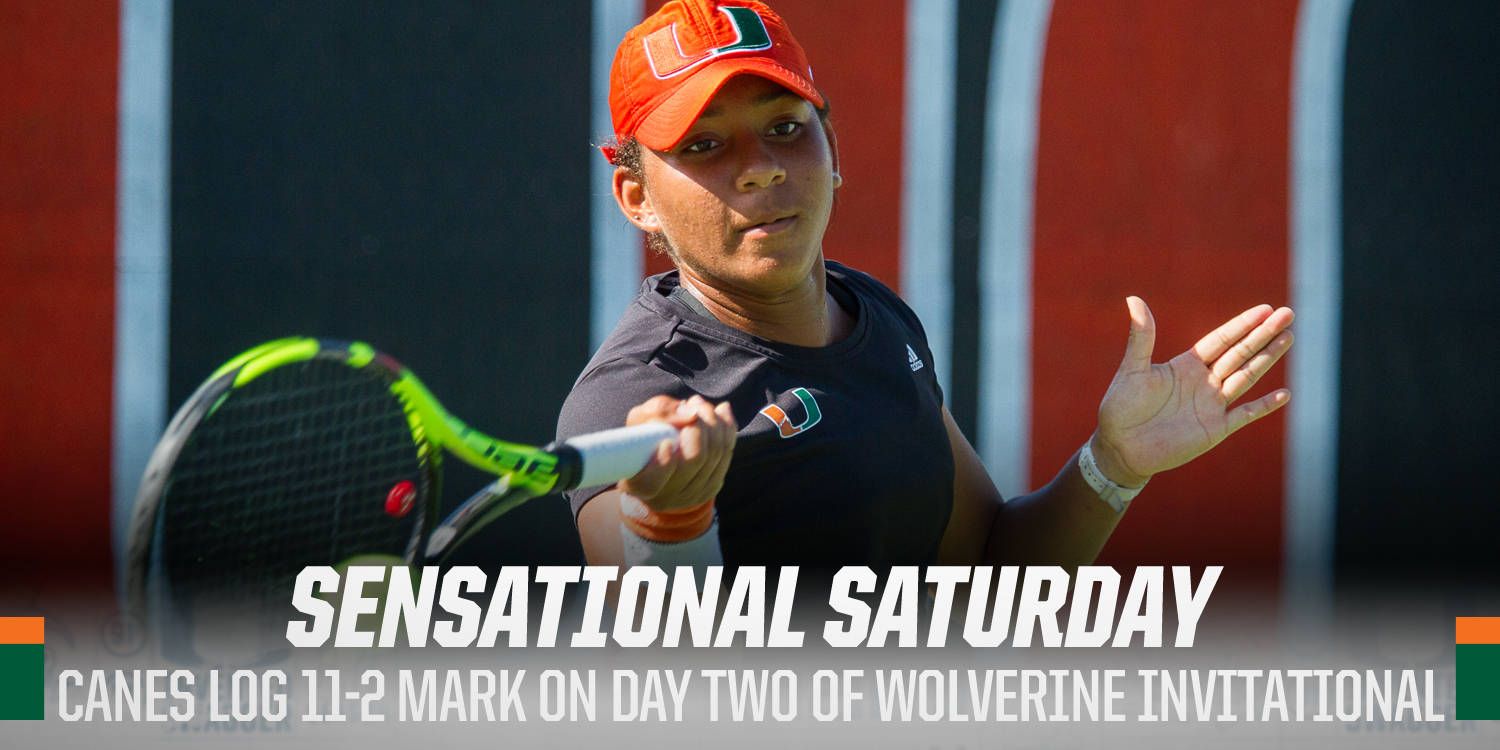 All matches were played at the William Clay Ford Outdoor Courts, but the chilly weather did not slow down the Hurricanes, who racked up eight wins in singles and three in doubles on day two of the event.

Miami played eight singles matches against Princeton and won seven of them, including junior Sinead Lohan, the fifth-ranked player in the country, rolling to a 6-1, 6-1 triumph over Katrine Steffensen.

“Ogando played a tough competitor who made her earn her match,” Miami head coach Paige Yaroshuk-Tews said. “Yolimar took a big step forward mentally; she still has a way to go, but things looked bright.”

Estela Perez-Somarriba cruised to a 6-4, 6-0 win versus Caroline Joyce, while fellow freshman Dominika Paterova dropped a 5-7, 1-6 decision to Nicole Kalhorn.

“Culbertson played tough tennis through and through—long points at a high level,” Yaroshuk-Tews said. “She fought some nerves deep in the second set, but battled them and was successful. It was nice to see her come out on top. “

Miami faced Washington in a trio of doubles matches and tallied wins in two of them. Lohan and Paterova picked up a 6-3 win over Kopcalic and Stacey Fung, while Epstein and Ogando fell to Tami Grende and Kenadi Hance in a thrilling match, 6-7 (3-7), and Madcur and Perez-Somarriba defeated Alexis Prokopuik and Lana Slavica, 6-4.

In the other doubles match, Fuentes and Tanielian notched a 6-4 victory over Princeton’s McKee and Pollner.

“Doubles looked a bit more explosive today, which is our goal this season,” Yaroshuk-Tews said.

Sunday, Miami will meet Princeton in doubles at noon, and then is set to take on Michigan in singles after that.