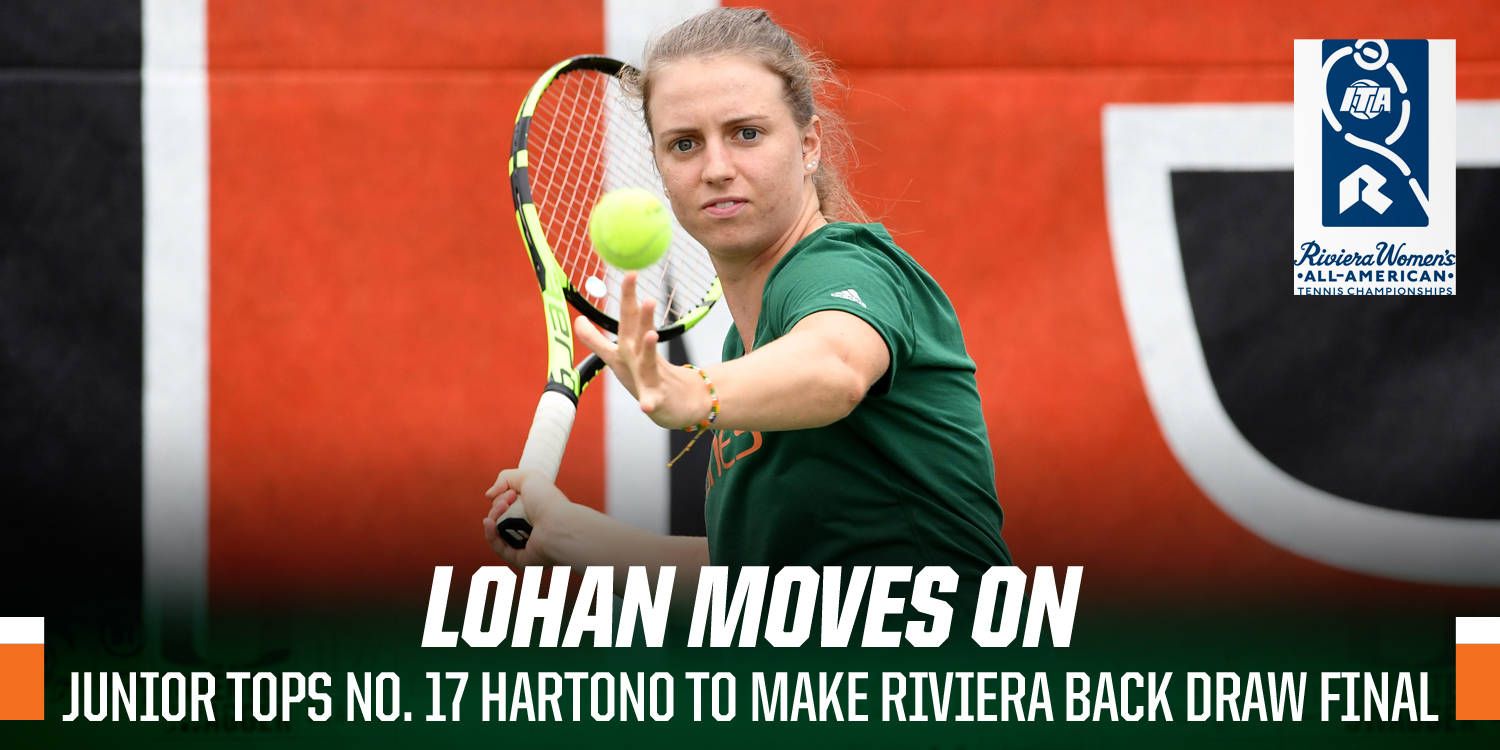 PACIFIC PALISADES, Calif. – Junior Sinead Lohan of the University of Miami women’s tennis team knocked off her second top-20 opponent in as many days Saturday at the Riviera/ITA Women’s All-American Championships.

Friday, Lohan took down No. 15 Saska Gavrilovska of Texas A&M and No. 42 Francesca Fusinato of Virginia Tech in the first two rounds of the back draw to earn a berth in the semifinals. That led to her matchup with No. 17 Arianne Hartono of Ole Miss, whom she defeated, 1-6, 7-5, 6-3, at the Riviera Tennis Club.

After getting off to a rocky start and dropping the first set in seven games, Lohan was stellar the rest of the way against Hartono, a fellow 2016 ITA All-American in singles.

Lohan won 13 of the final 21 games to earn the three-set comeback victory and advance the to the back draw finale of the prominent tournament. Last year, she became the first player in program history to reach the main draw championship at the event.

Saturday was the second time Lohan has topped Hartono in her career, joining a 6-1, 6-3 triumph in the Hurricanes’ 4-3 win versus Ole Miss in the second round of the 2015 NCAA Team Championship.

Lohan, the second-seeded player in the back draw, will play its top seed, Pepperdine’s Luisa Stefani, in the title match Sunday at noon ET. Stefani, ranked second in the country, and Lohan were both 2016 NCAA Singles Championship semifinalists.