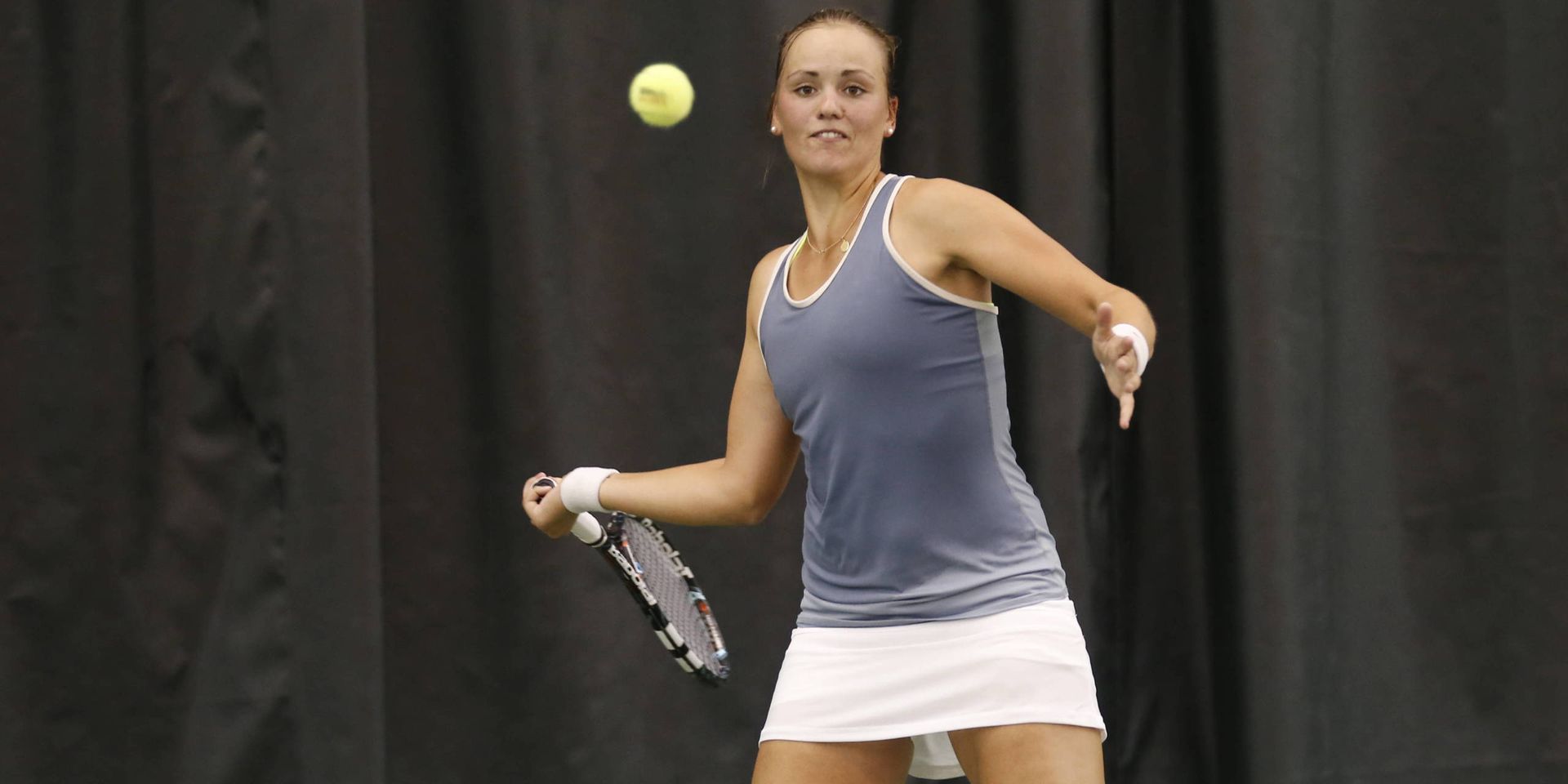 “Steffi got better this weekend in every aspect of this sport,” Miami associate head coach Laura Vallverdu said. “We are proud of her weekend and the experiences [she learned]. She has to keep working towards her goals relentlessly.”

Brinson, ranked No. 72 and seeded No. 9-16, took a 5-3 lead in the opening set, but Wagner would not go down. The sixth-ranked player in the country and the third seed in the tournament, Wagner pulled even at five and then again at six before taking the tiebreaker to win set one.

The Georgia junior took the second set without dropping a game, but Wagner came out strong in the final set, winning each of the first two games. Brinson came back to even the decisive final set, and after the players then continued to trade games it was tied at four apiece. From there, Brinson won back-to-back games to clinch the title.

By reaching the final, Wagner is one of 12 regional runners-up eligible for six at-large spots to the USTA/ITA National Indoor Intercollegiate Championships (NIIC) Nov. 12-15. The Amberg, Germany native is also eligible for one of four additional wild card spots, as there are 10 total at-large positions to the prestigious event.

“Her intentions are always in the right spot for herself and this program,” Vallverdu said. “That is the reason why she is so successful. [We are] happy to go home and to have new things to work on.”

Sophomore Sinead Lohan, ranked No. 13 nationally, has already earned an automatic spot in the NIIC after advancing to the final of the Riviera/ITA Women’s All-American Championships. The NIIC, held in Flushing Meadows, N.Y., will be the final tournament of the fall for the Hurricanes.

For all the latest news on the University of Miami women’s tennis team, follow @CanesWTennis.