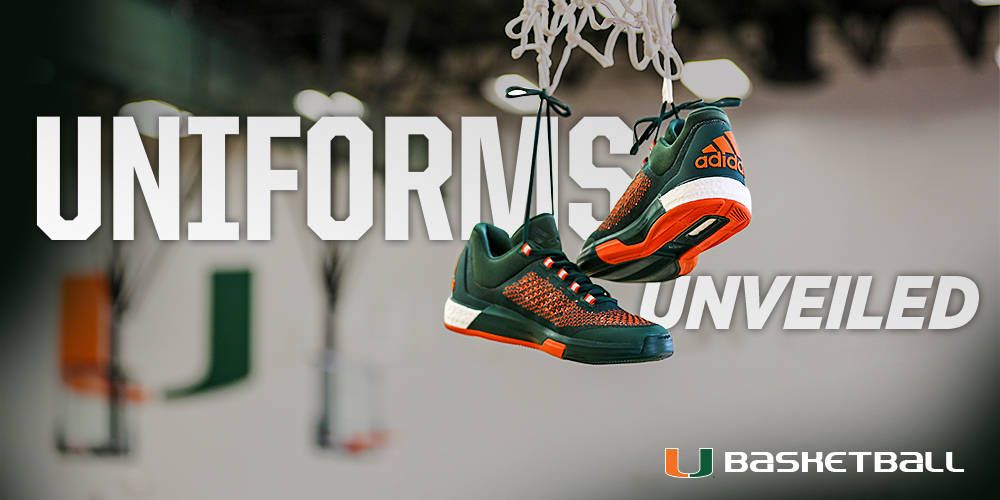 This season is Miami’s first in a 12-year partnership with adidasand both programs have new orange, green and white jerseys. Invited Miami donors and media members were present for the unveiling, which was held at the Hurricane 100 Room in the BankUnited Center.

The “Hurricanes” moniker is laser etched across the jersey’s shoulder for the players to see when they don the uniform. Lightweight knit shorts enhance breathability and ventilation, keeping players cool as the clock winds down.

Jerseys were designed with the same lightweight, sweat-wicking technology used in the NBA and targeted ventilation zones on the chest, back and side to keep players cool even in the most intense moments of the game. The new men’s shorts are highlighted by updated stripes on the waistband, incorporating hurricane style cuts and patterns throughout.

Both teams will wear their jerseys for a game at the BUC for the first time Nov. 4 as a part of an exhibition doubleheader. The women’s team will face Nova Southeastern at 4 p.m., followed by the men’s team taking on Dowling at 7 p.m.

Season tickets for both the men’s and women’s basketball teams are still available and tickets can be purchased HERE.