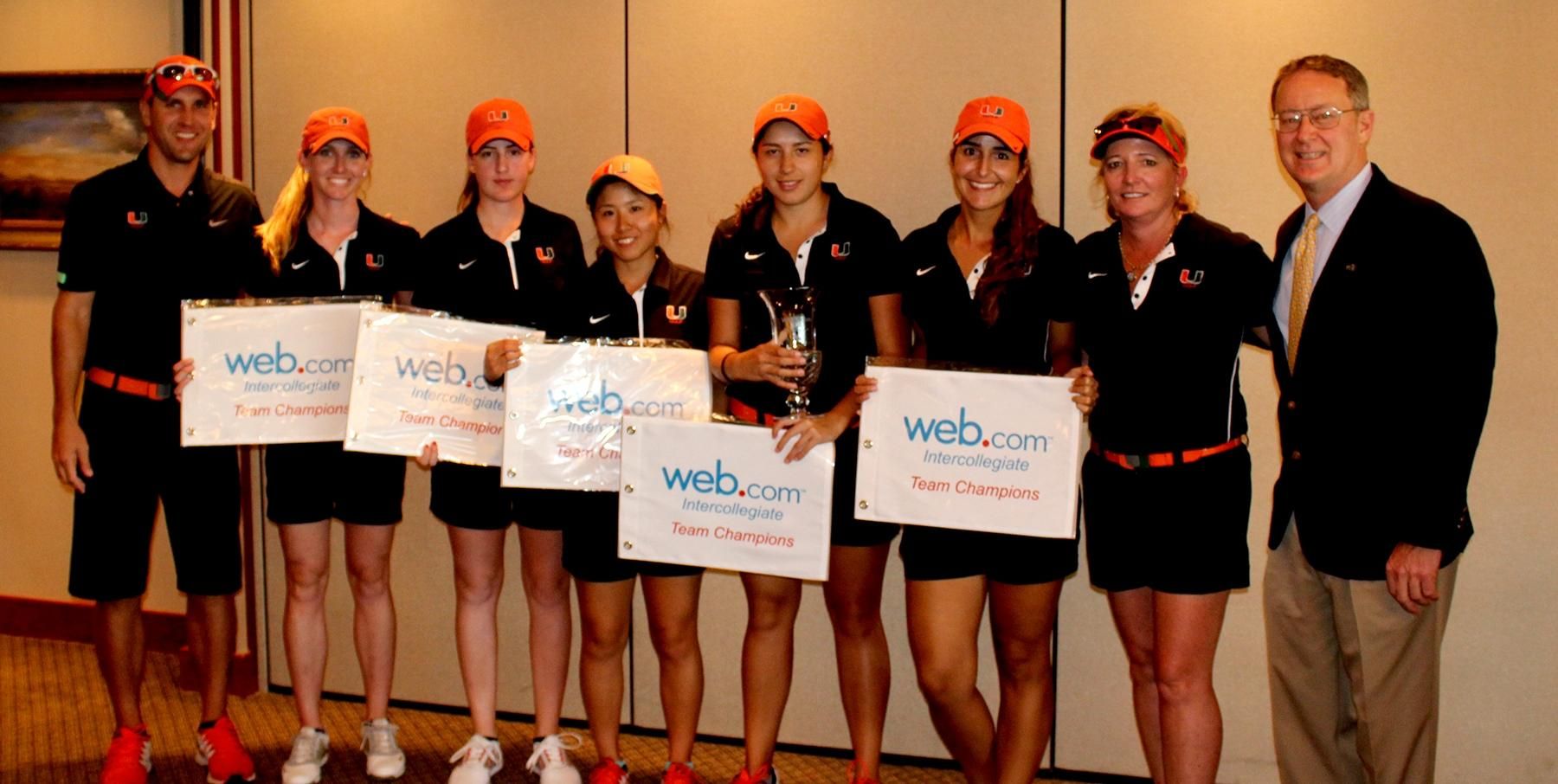 PONTE VEDRA BEACH, Fla. – The University of Miami continued to stay hot as it captured its second team tournament title this spring by winning the 2015 Web.com Intercollegiate crown.

The Hurricanes began the day with a six-shot lead over Florida State and never looked back as they fired a final round team score of 288 to claim the event with three-round tally of 851.

“This team is amazing and I am very very proud of them,” said head coach Patti Rizzo. “They back each other up and they are each other’s biggest fan. The synergy is right where it needs to be. We are looking forward to next week at SMU and the ACC’s.”

The Hurricanes’ victory at the Web.com Intercollegiate marks their first tournament victory since Jan. 26 when they won the Florida Challenge.

Miami sophomore Delfina Acosta also took home some hardware as she claimed medalist honors for the first time this season. Acosta claimed the event by three strokes as she posted a three-round total of 206. The Argentina native closed out competition by posting a final round 71 en route to victory.

Senior Leticia Ras-Anderica also finished in the top 10 as she tied for fifth, following a final round 71. Ras-Anderica posted a three-round total of 213.

Sophomore Daniela Darquea continued her strong 2014-15 campaign as she posted her sixth finish inside the top 15. Darquea posted a final round tally of 73 to close the tournament with a three-round total of 217, which tied her for 13th overall.

The two-day event was held at the par 72, 5,967-yard Marsh Landing Country Club.

Miami returns to action on Friday, April 10 at the 2015 SMU Invitational in Dallas, Texas.