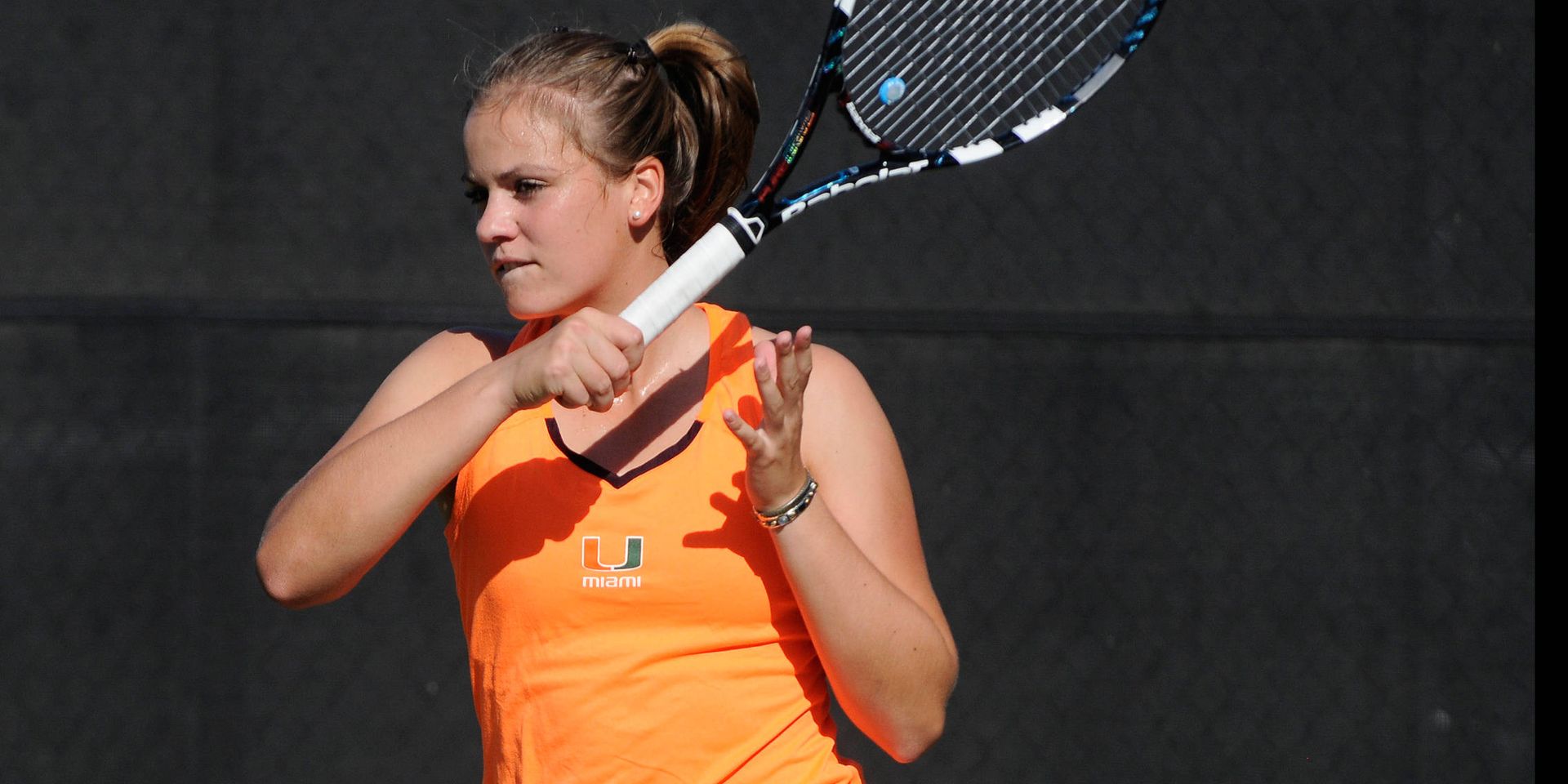 ATLANTA, Ga. – The University of Miami women’s tennis team began play at the ITA Southeast Regionals this morning. It was a successful day, as the Hurricanes came away with seven combined victories in singles and doubles action.

Four Hurricanes will advance to the second day of singles action along with one doubles tandem.

In the main draw of singles, freshman Wendy Zhang was the first Hurricane of the day to register a victory. Zhang beat Georgia State’s Masa Grgam in straight sets, 6-2, 7-5. She will face Johnnise Renaud of Georgia Tech tomorrow in the round of 32.

Fellow freshman Sinead Lohan followed suit with her own straight-set victory (6-2, 6-2) over Alexa Anton-Ohlmeyer (Georgia Tech) to advance to the round of 32. Lohan is slated to take on Florida’s Stefani Stojic in the next round.

Junior and 18th-ranked Stephanie Wagner made her singles debut against Jessica Cortes (USF). The fourth-seeded Wagner made quick work of her competition, cruising to a straight-set victory, 6-0, 6-2, and will advance to day two of singles competition.

Carolina Brinson of Georgia awaits Wagner in the round of 32.

Wagner was victorious on the doubles court as well. Alongside senior Lina Lileikite, the veteran duo won two matches to reach the quarterfinals of the doubles main draw.

In the first round, Wagner/Lileikite defeated UF’s Stefani Stojic and Spencer Liang, 8-5. Miami’s duo was dominant in the round of 16, beating Catalina Ene and Alexa Ricci (FAU), 8-1.

They will face Silva Garcia and Lauren Herring (Georgia) in the quarterfinals.

Miami’s third-ranked doubles team of Monique Albuquerque and Clementina Riobueno also advanced to the round of 16 in the doubles main draw after beating Hailey Grillo and Laura Argente (USF), 8-3.

In the following round, Albuquerque and Riobueno were upended by Georgia State’s Lin Timmermann and Tarani Kamoe, 8-5.

Fresh off of their Bedford Cup championship, Miami’s lone freshmen pair of Lohan and Zhang was points away from upsetting Florida’s Josie Kuhlman and Peggy Porter, the No. 2 and No.4 ranked newcomers, respectively.

After jumping out to a 3-0 lead, Kuhlman and Porter responded, taking the match, 8-7, in a tiebreaker.